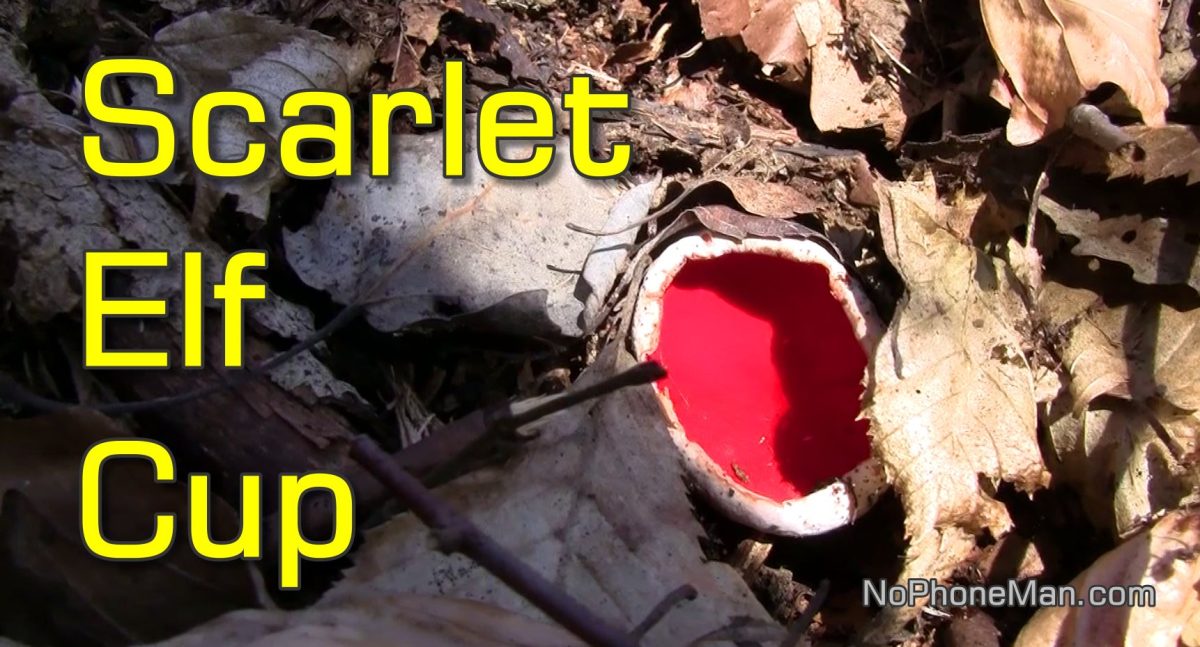 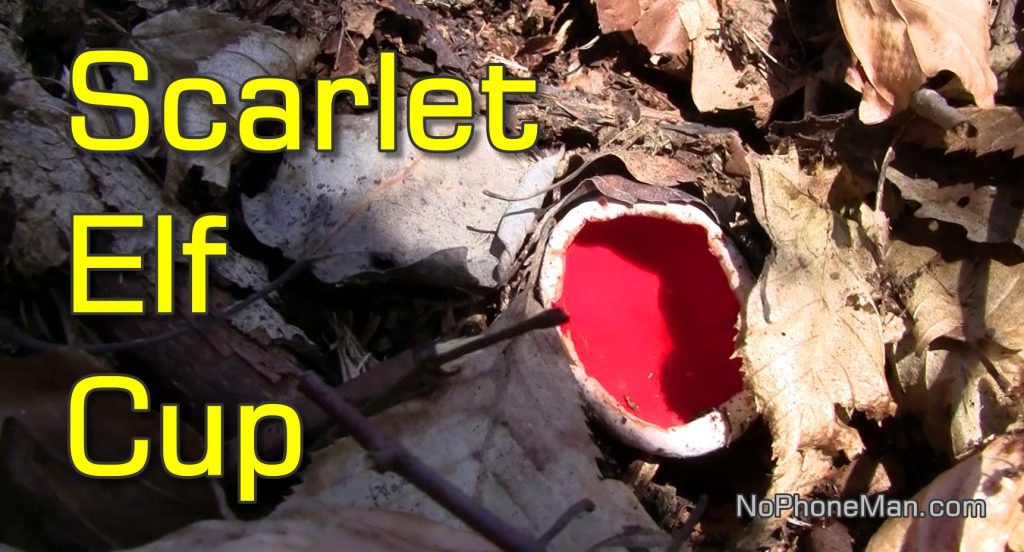 In this video you can learn how to identify and use the Scarlet Elf Cup (Sarcoscypha Austriaca) – an edible and tasty mushroom.

As its name suggests, the Scarlet Elf Cup is a cup shaped fungus which features this rich, red, or scarlet color. The exterior is pale and dull, but the interior is bright red, though it can also go into orange at times (that’s why you can rely on color exclusively for mushroom identification).

It’s an early season mushroom and in my woods, it’s among the first edible mushrooms of the year that can be foraged.

It’s a fairly scarce fungus. It grows singly or in small groups, but you’re unlikely to return home with a basket full of Scarlet Elf Cup.

Scarlet Elf Cup grows most often on the fallen wood of deciduous trees, especially from the willow, elm, maple, hazel or alder families. It is often covered in moss and fallen leaves and likes damp places with higher humus content. They can even begin to grow under snow, and reveal themselves at subsequent snowmelt.

Mature Scarlet Elf Cups are 1 to 8 centimeters in diameter, forming regular-shaped, rounded cup-like fruiting bodies with smooth, crimson red inner surface. The outer surface is pale white to pink and covered in microscopic hairs. The stem is short and attached to wood, or rarely just leaves.

The flesh is fragile and easily torn. The spores are white, ellipsoidal with flattened ends, approximately 30 x 10 μm in size. As with other species of the genus, they contain oil droplets.

It’s not a very big and meaty mushroom, so you’re not gonna get a substantial meal out of it. Some literature says it’s tasteless but I actually found it quite tasty.

Because it’s quite unsubstantial, what I usually do is add it to other mushroom dishes. I still have some dried mushrooms left over from last year, so I’ll cook those and add a few Scarlet Elf Cups to them. The latter won’t add much volume to the dish, but will spruce it up visually with the red color.

How to Find Scarlet Elf Cups

As mentioned, Scarlet Elf Cups grow on small sticks, which are often buried in the ground so they would seem to grow out of the ground, but they’re actually a wood decaying fungus. If you find one, keep looking around as there are likely to be more in the area.

From time to time I find a twig with several Scarlet Elf Cups growing on it, but couldn’t see any of those when I was making the video, but a well inoculated stick could provide a decent harvest of the fungus.

I would say Scarlet Elf Cup would be an easy mushroom to forage even for a novice mushroomer. Given its quite unique shape and color, as well as the season when it grows, being late winter early spring, in other words the time of the year when few other mushrooms grow, it’s rather hard to confuse this fungus for something else.

Ruby Elf Cup (Sarcoscypha Coccinea) can look indistinguishable macroscopically, meaning you’d need to examine the fungus under a microscope to determine whether it’s Scarlet or Ruby Elf Cup, but Ruby Elf Cap is much rarer, at least in my neck of the woods, and like its Scarlet cousin, is also edible so there’s no risk in confusing the two.

Microscopically, the outer (pale) surface of both mushrooms is covered in fine, but Ruby Elf Cups have tiny hairs which tend to be straight. The hairs of Scarlet Elf Cup form wavy spirals at the ends.

Some literature lists Scarlet Elf Cup as inedible or suspect, probably because it’s so unsubstantial and thus mostly not worth the effort, but I’ve eaten it for years, and they’ve been eaten in Central Europe for centuries, and I’ve never had anything but positive experiences consuming them. But you do your own due diligence before you decide to eat this or any other mushroom.

What’s interesting about Scarlet Elf Cups is that they don’t release the spores from the underside by dropping them down on the ground, but rather from the red upperside by popping them up in what could be called a micro explosion. They actually do pop when they release the spores and if you spend enough time in the woods this time of the year, it’s only a question of time before you hear the fungus explode.