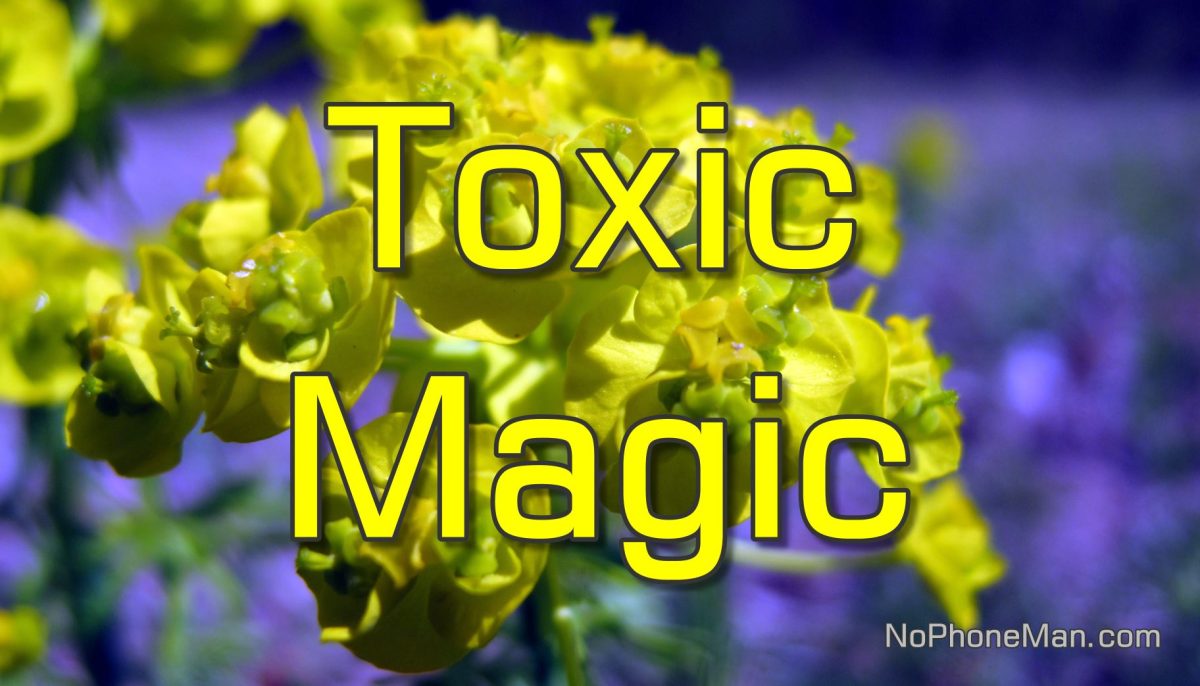 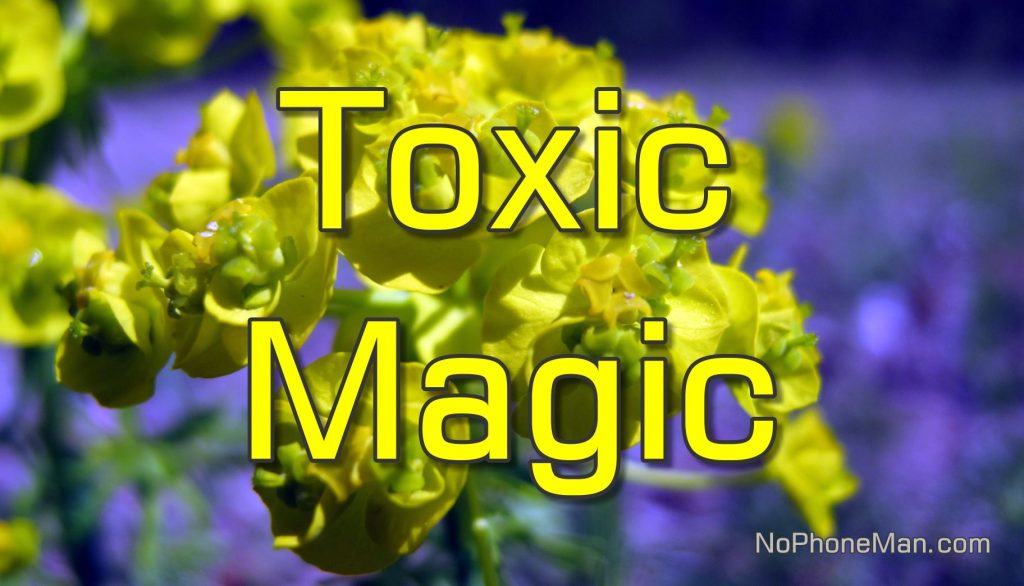 In this video I perform a simple, but fun magic trick using the plant called Cypress Spurge (Euphorbia Cyparissias). This plant is toxic and contains milky sap which can also be toxic to sensitive individuals. Consequently, it’s not advised to try the magic unless you are sure you will not have an allergic reaction to the sap.

This magic trick is fun to show to kids during an outing. I was shown it when I was a kid and loved it. And since then, I’ve shown it to a number of kids and they all loved it too. There’s nothing to it and anyone can do it.

I use a dagger to make a clean cut to the Spurge, but you can also use your nail to cut the stem. It is a bit tough as the plant gets older, but always possible to cut with a nail, so no props are needed for the trick. But a cutting tool makes it a bit easier and less messy.

There is usually quite a bit of sap within the stem of the Cypress Spurge, so it’ll ooze out readily, and for this reason I prefer to use a blade – once the stem gets tough, you may need to use some force and the last thing you’d want is to have to use so much force that the sap splashes into someone’s eye. It’s never happened to me and I’ve never seen that happen either, but because such possibility exists, I feel it’s necessary to mention it.

How to Identify Cypress Spurge

The Cypress Spurge (Euphorbia Cyparissias) is a smaller, perennial herb with a woody rhizome and an upright stem. When the stem branches off, the branches are densely covered with narrow, dashed leaves. The leaves somewhat resemble the needles of a spruce.

The plant is usually 10 to 30 cm tall, but can get as tall as 50 cm. The flowers tend to be wax-yellow, but the central part darkens into red as the plant matures.

In my area I also get the Wood Spurge (Euphorbia Amygdaloides), which grows taller and for that reason, the flowering part often droops. However the Cypress Spurge is more commonly encountered on open fields and meadows, whereas the Wood Spurge grows within the shade of the forest. Being Spurges, both ooze milky sap when cut and both can be used for the magic trick. Again though: both (ie all) Spurges are toxic, so exercise caution when handling these plants.

The Leafy Spurge Stem Boring Beetle (Oberea Orythrocephala) can often be encountered on the Spurges (not shown in the video).

Please do NOT forget to review my disclaimers HERE and HERE, and note that I’m not an expert on anything and may be wrong about anything I say in this, or any of my videos.

I’ve never had, nor do I know anyone who’s ever had any reaction to the plant or the sap it contains, whether adults or children, but that doesn’t mean you will not either! Proceed at your own risk!

Here’s the short video of me performing the magic trick with the Cypress Spurge: