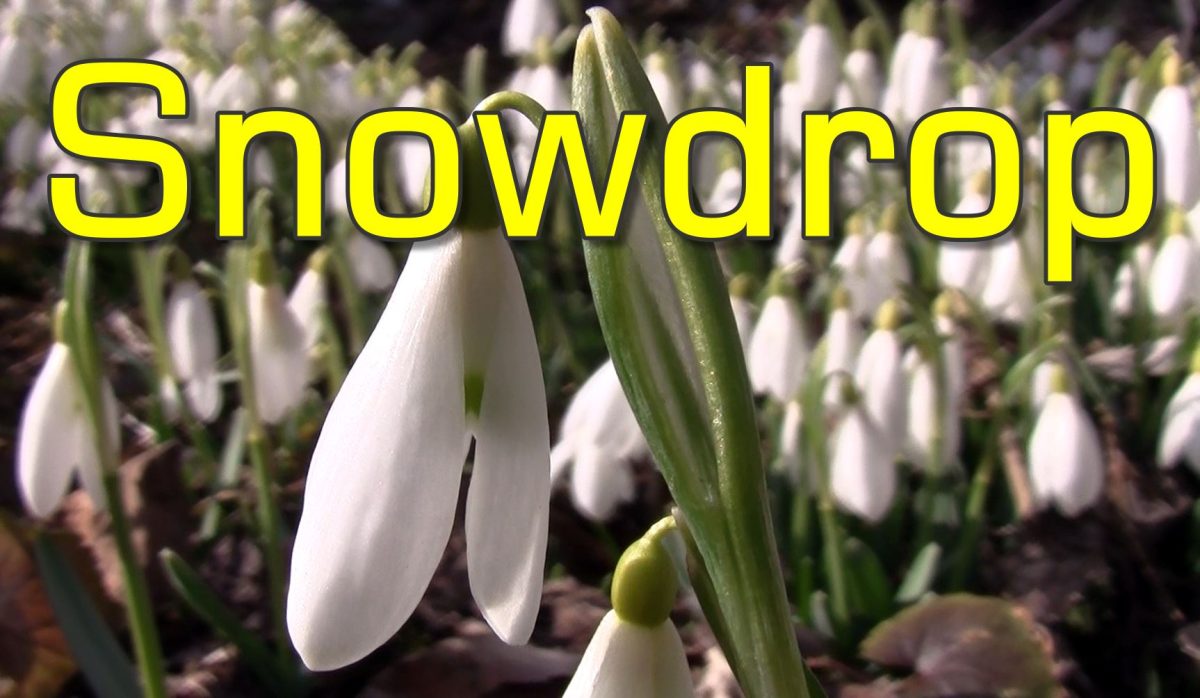 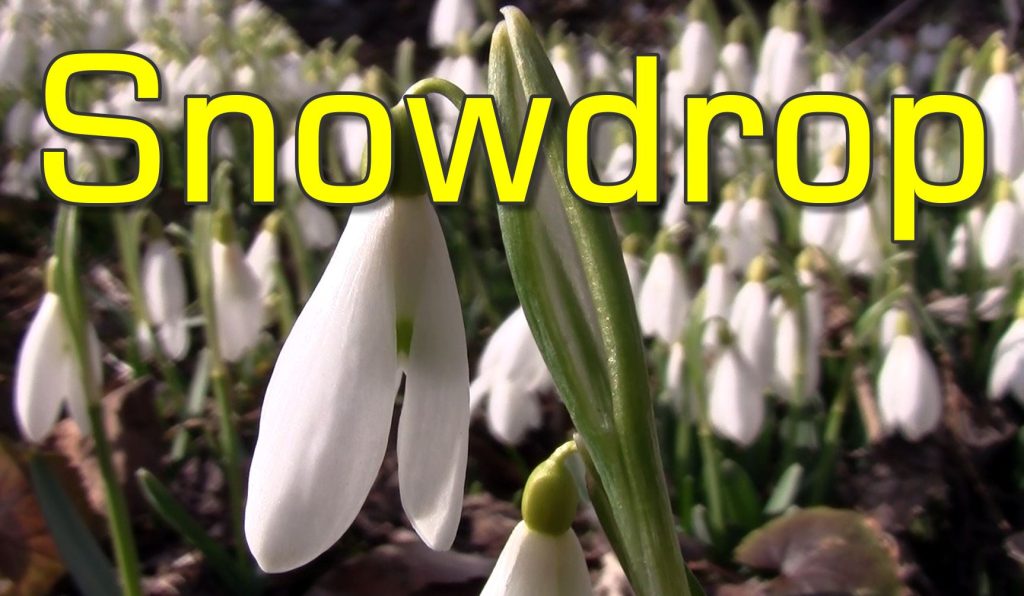 This is Common Snowdrop. This delicate little flower has the ability to withstand sub-zero temperatures and blooms while winter is still in full swing. It’s not unusual to see Snowdrops growing on fields still covered in snow. However, there is no snow in my video because, well… we haven’t had much snow this year to begin with.

Snowdrops are one of the first signs of upcoming spring, and herald the time when nature begins to wake up from winter sleep.

In the winter months, which are ruled by Morena, Vesna resides at the tops of the mountains. Then in February, when the Snowdrops bloom, she descends the mountains to bring warmth, joy and greenery to fields and forests.

Common Snowdrop, called Galanthus Nivalis in Latin, is a perennial and bulbous flowering plant. It grows white nodding flowers with green tinge on the inner petals.

The Snowdrop’s Latin name is derived from the words Gala, meaning milk, and Anthos, meaning flower, because its flowers are white like milk. The Latin label for the species – Nivalis, means snow.

The secret of its amazing resistance to frost is in a gradual release of energy. You see, this flower has the capability to metabolize glucose in order to generate heat. It’s a form of thermogenesis you can usually see in warm blooded animals, like humans.

The Snowdrops can generate enough heat to raise the temperature in their immediate surroundings to 10 Degrees Celsius even when it’s freezing outside. With that, the flowers melt the surrounding snow and create favorable conditions for life… and their own flowering. With their thermogenesis, even if it snows again after they bloomed, they melt the new snow as well and use the resulting moisture to keep themselves alive.

Snowdrops grow from small underground bulbs. They produce two slim green leaves and a stem with a single flower.

As the flowers mature, the stalk droops heavily toward the ground, emitting smell which is attractive to the ants. The ants then help spread the seeds and further propagate the Snowdrops.

Even though a welcomed sight that signals the end of winter, the Snowdrops don’t have any practical use in medicinal cabinets. The entire plant contains alkaloids which are poisonous, and can cause abdominal pain, diarrhea or vomiting. They are however not considered deadly. The highest concentration of the alkaloids is in the bulb.

One of the alkaloids – galantamine – is used in the pharmaceutical industry for its positive effects on the brain activity and inflammation of the nerves. It has been shown to alleviate the symptoms of Parkinson’s, Huntington’s and Alzheimer’s disease. Furthermore, the research showed that it can improve memory and thought processes.

Galantamine has been officially approved as a drug in Bulgaria as far back as 1958. The US Food and Drug Administration approved its use in 2001 as a memory improvement supplement for sufferers of Alzheimer’s disease and mild dementia.

I hope you enjoyed this short presentation on the delicate, but hardy flower which is often seen as the harbinger of spring.