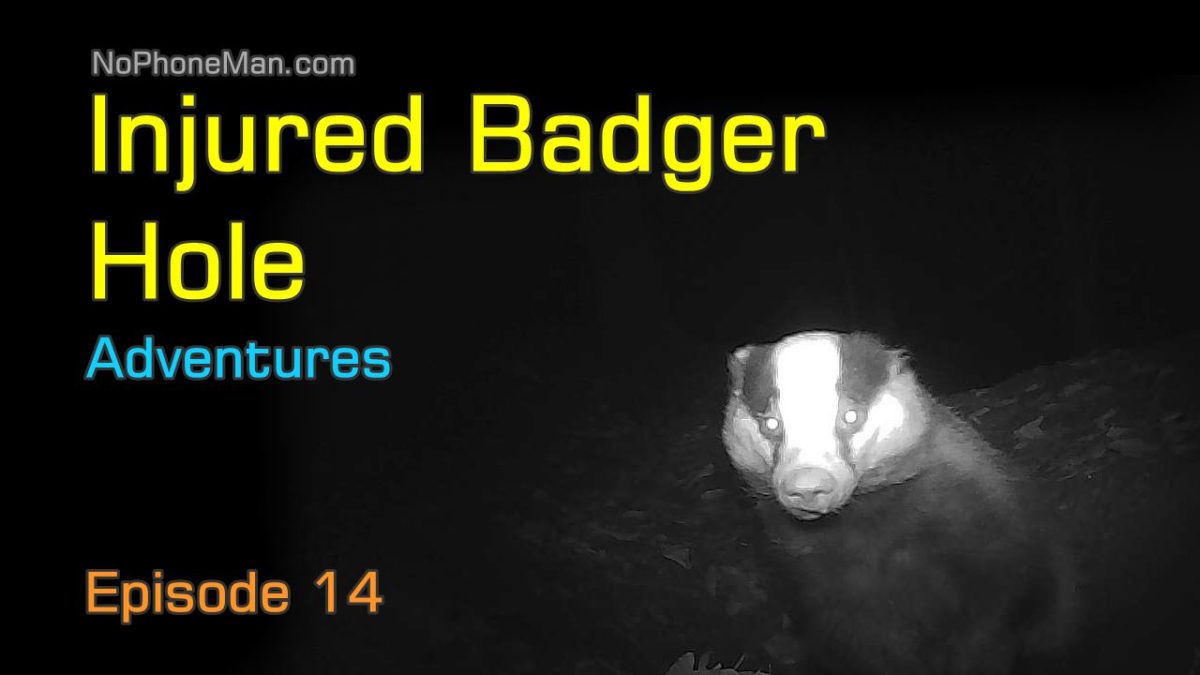 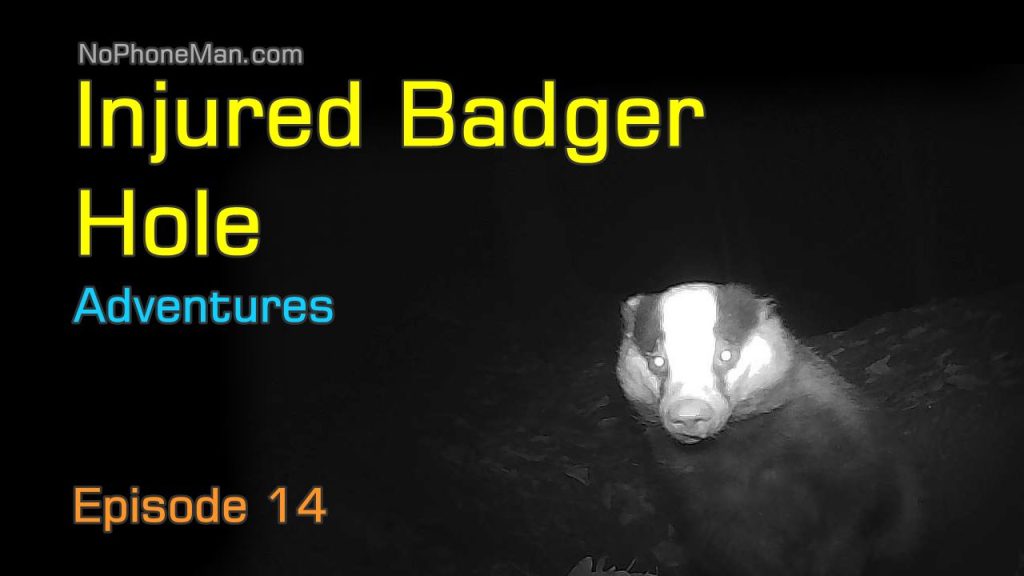 So that’s it. I’m officially calling it quits on My Adventures at the Injured Badger Hole. Until further notice, Episode 14 will be the last episode of the series.

As much as it pains me to admit it, everything seems to suggest that my mission to save the life of the injured badger has failed. I was too late.

Still, I keep alive the last spark of hope that he had hibernated early. Or as has occurred to me recently – he may have temporarily, or even permanently, relocated to a different sett I have yet to discover. But whether that’s just my wishful thinking is something I may never find out for sure.

For now, the reality that the badger didn’t make it seems too real to think otherwise and because other than the wood rats and foxes snooping around there hasn’t been much going on around the injured badger’s sett, I feel this is the right time to wrap it up and move on.

The fox has been a semi regular visitor to the injured badger’s hole lately. He’s not come every day, but has shown up frequently enough to assume he’s got more up his sleeve than just passing by.

During his latest visit he got the closest to entering the sett yet. He was going in and was half way inside, but he’s a fox and foxes are smart and sly, so he made this last check to make sure everything was safe and noticed the trail camera mounted on the tree beside the entrance.

That was enough for him to conclude that something’s off and instead of entering all the way in, he took off.

I have the feeling he’ll be back, because other than being there, the camera has not done anything for him to register it as a threat.

Unfortunately, if I consider once more the fact that the foxes are smart and cunning, his interest in the sett suggests that he can sense the former owner no longer lays claims on the sett, which is why he shows so much interest in it. That unfortunately only supports the notion that the badger is most probably not alive anymore.

The day of my last episode at the injured badger hole turned out very foggy. We’re still well within winter so weather conditions are expectedly harsh. The day prior was crisp and nippy as all hell. The day of the trip was less cold, but very hazy. The haze was so thick at times, you could see it moving down into the valley.

A trio of roe deer was on the slope doing their morning feed. They took off when they caught a wind of me, with the little one remaining the least freaked out of the three.

Back with the Tripod

I started My Adventures at the Injured Badger Hole with a tripod. I don’t usually carry the tripod with me, because it’s awkward in the woods where the terrain is harsh and the trees make it a maze, but I brought it with me for the last episode in order to return the area to the same state as it was before I started bringing the food for the badger.

To keep the food neat and in one place, I brought with me a cardboard box which I partially buried in the ground in front of the main entrance to the sett. The said box has been transformed into a bio-hazard by the rats peeing and pooping in it. In order to effectively deal with it without exposing myself to the potentially health compromising rat excrement, I needed both hands to handle the box and hence the tripod.

The fact that it was hazy and thus not as freezing, the ground was a little looser which made this a suitable day for digging.

To bury the cardboard box I picked a spot beside the auxiliary entrance to the sett where I lost my previous trail camera. Said entrance is quite large, and as such there is a lot of loose ground around it – it’s what the badger excavated as he was carving this entrance.

Even though the temperatures were still a few degrees below zero, it was possible to dig into the loose ground from the sett so that’s what I did and buried the box there.

The rats poop and pee in the woods anyway, so their waste is nothing special. It’s just potentially dangerous when handled by a human and I didn’t want to needlessly expose myself to it.

The cardboard box itself is made from cellulose which is an organic material which will safely decompose without polluting the environment. Once buried, the bacteria, worms and fungi that populate the soil will feed on it and it’ll decay in no time.

As with all my visits to the injured badger’s sett, Woodpecker Decker accompanied me during my stay. He’s very territorial and doesn’t leave the area, but when I’m around, he always picks a tree near me to peck on.

It wasn’t any different this time around and as if sensing that this is the last episode of My Adventures at the Injured Badger Hole, Decker started chiseling the same tree he was chiseling when I filmed him for Episode 01 of the series.

Tribute to the Injured Badger

At the end of the video I included the compilation of some videos of the badger both before and after the injury. I miss the guy and wanter to make this last tribute for him, since with this episode I’m concluding the saga.

And just because, I included the footage of a wild cat who lives in the woods and was at one time captured on the trail cam after it caught one of the rats. To top it off, there is also a short trail cam video of a squirrel who stopped by during daytime. Most other forest creatures, including the badger himself, are nocturnal.

Fare good, my badger friend. You’ll always be in my heart.