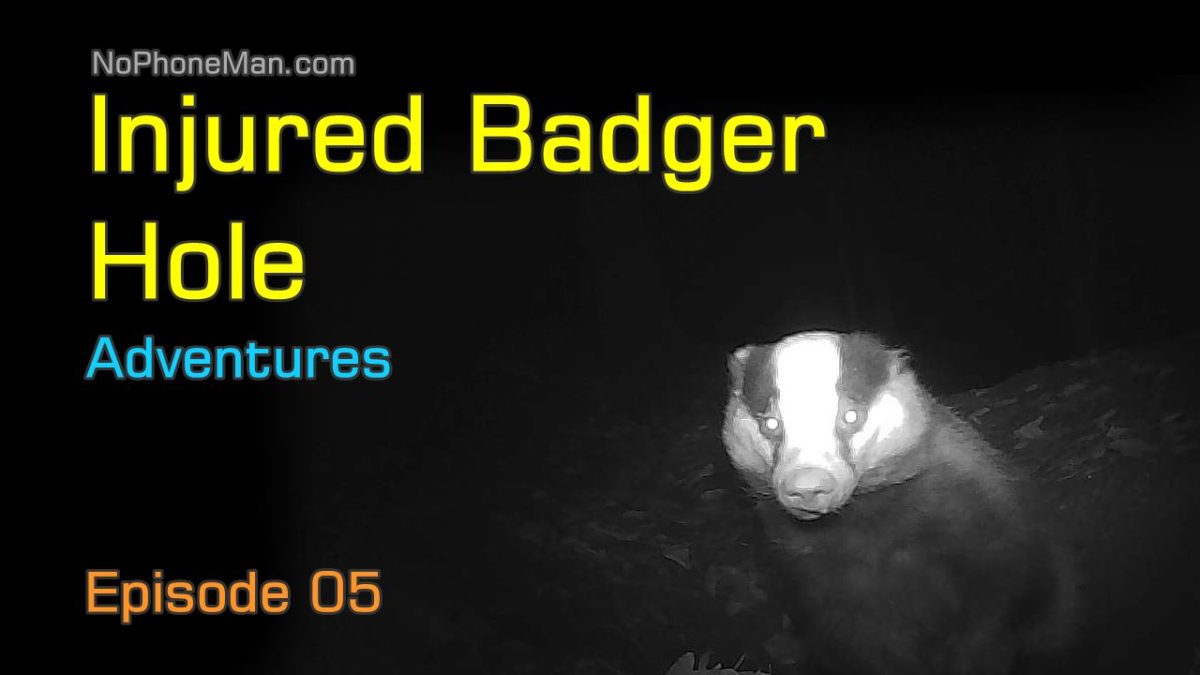 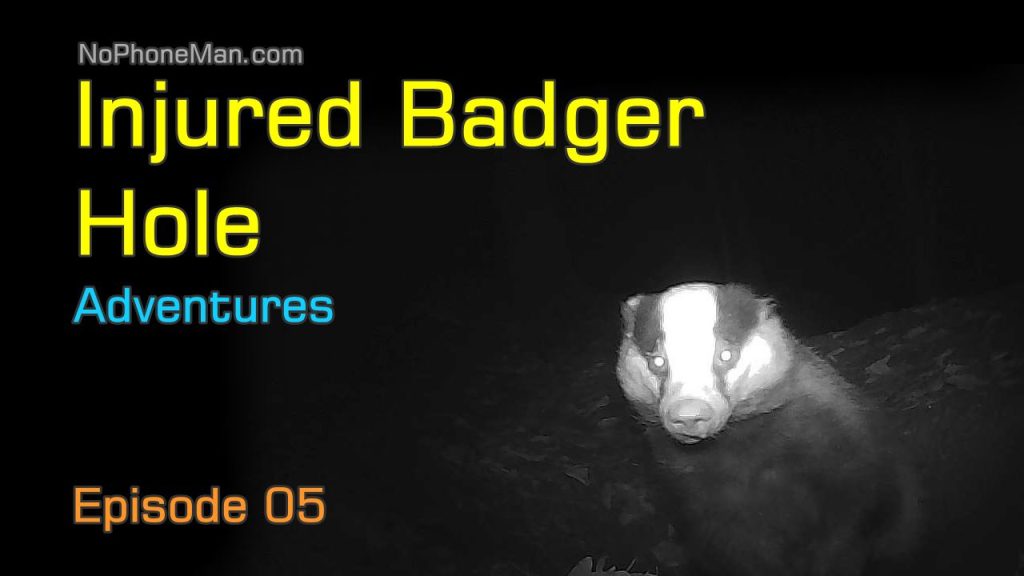 Episode Five of My Adventures at the Injured Badger Hole consists of two days at the sett of the injured badger.

On Day Five, I encountered a Roe Deer (Capreolus Capreolus) on my way to the badger’s burrow. It was a frigid and foggy morning, but the fog dissipated as the morning progressed. The deer was on the opposite side of the ravine, in the thick bushes, but his strong hide makes him well adapted for movement in seemingly impenetrable, full of thorns overgrowth.

Arriving at the injured badger hole, I brought no food to fill in the cardboard food box, and instead only brought a crab apple with the intent to roll it into the badger hole. The food I have left in the food box so far has been eaten exclusively by wood rats. Meanwhile the badger has had none of it, primarily because he has not come out of his den.

That fact has me feeling sad. In addition to feeling like a failure for not coming to the badger’s rescue sooner. I wish I would have known sooner, but the trail camera I originally had at the badger hole disappeared, and by the time the new one arrived, the badger was already injured and that was the last time I have seen him. I immediately responded by setting up the food box outside his main entrance, but so far, five days in, he has not had any of the food, because he’s disappeared much like my old trail cam.

My attempt to toss the apple into the badger’s hole so as to increase the chance of the badger eating it, as opposed to the rats, ended up making me look like a tool because it stopped on the leaf litter covering the sett’s floor. I had to employ a stick to push it deeper into the hole.

My thinking was that while the rats invited themselves into the tunnels dug up by the badger, they would not quite dare go deep into them so as to face the much larger roommate who’s an omnivore. Out of the sett it seems like anyone’s invited, but the insides of the sett, especially its deeper ends, are the domain of the badger.

As I was leaving the injured badger hole at the end of my stay on Day Five, in the small ravine separating the sett from the large fallen conifer at which the series of the videos began, I found the antlers of a dead roe deer. Roe bucks do shed their antlers every fall, and regrow new ones in the spring, but the ones I found were attached to a skull so it was obvious these were not shod.

Picking these antlers up set me up for another embarrassment whereby a slug was attached to one of the horns and as I touched it, the slimy feel of it got me grossed out and I dropped the skull. I didn’t expect the slugs to still be out and about in such frigid weather, but apparently they are. Nothing like a woodsman who gets freaked out by a slug, huh?

On Day Six, which was technically Day Seven, because I was unable to come the day prior, I returned to the injured badger hole and was, per usual, greeted by the local woodpecker. As I mentioned earlier, the woodpecker used to be very shy of me and would disappear as soon as I approached his territory. Over the coming months he accepted me as part of the forest and stopped flying away, and eventually grew to like me so much, he would pick a tree above my head to peck on, whenever I was in the area. They are quite territorial so when I move too far, he no longer follows, but so long as I’m within a close distance, he’s always overhead.

Having still not seen any sign of the badger, I decided not to bring any more food as it just keeps feeding the rats and that’s a bit of a disservice to them too. The rats are not injured and the food was attracting more distant rats into the area, plus there is this fact that winter is around the corner and I can’t get them used to being fed. They need to be able to find their own food in the coming months of harshness.

I made the decision to stop bringing more food unless and until I see a sign that the badger is still alive. But with him having not made any appearance whatsoever for seven days, the chance of it seem rsidiculously tiny. And as it stands, I have no choice but to start accepting the fact that the badger may not have made it.

Still, it’s too early for me to give up so I will keep monitoring the injured badger hole so that in case he does show up and prove he’s alive, regardless of shape, I’ll be promptly at his doorstep with much needed help.

I said my good byes and headed over to the scratch post where I have another game camera. It’s about 500 meters from the injured badger’s hole but is within the range of the woodpecker who likes to follow me there too. However any further than that and he no longer follows.

I will share footage from the scratch post in later episodes of My Adventures at the Injured Badger Hole.