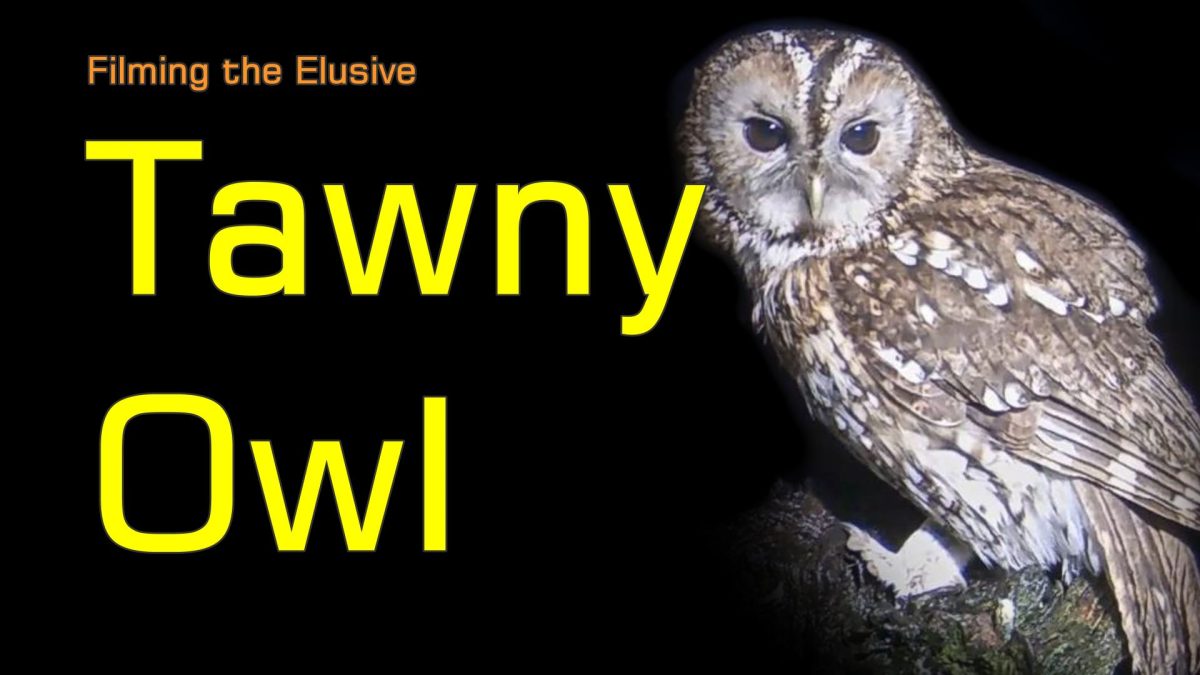 The woods where I live is also home to a majestic Ural Owl (Strix Uralensis). She’s incredibly elusive and absolutely soundless in flight and parchment, so taking any sight of her takes a lot of patience and paying attention.

That’s not an easy task given that the terrain in my woods is uneven, very hilly and mostly dangerously steep. Such terrain absolutely demands that you pay attention to where you step and what you step on at all times. A bird of prey like this Ural Owl could hover over your head at any time and you’d have no idea unless you regularly pause and look up.

Still, I have managed to capture her on video a few times, and compiled the footage into the video below. It consists of several videos filmed on different days in different locations. Whereas Ural Owls are highly territorial, and she calls my territory home, getting her on camera simply requires also paying attention to what’s overhead.

I hope soon enough she gets used to me much like the woodpecker who dwells by the Injured Badger Hole, or the deer trio that now lets me hang nearby without darting off, and accepts me as part of the forest. Once that happens, I should be able to get closer to her for a better, clearer and less shaky footage.

The hard to spot Ural Owls are a large bird of prey from the genus Strix within the family of true owls (Strigidae). They resemble the Tawny Owl (Strix Aluco), but their plumage is more contrasting, they are significantly larger and often more than twice as heavy as the Tawny Owls.

The Ural Owls have a large, round head, striking facial features and a relatively long, rounded tail. The reddish to dark brown, longitudinally oval to almond-shaped eyes are strikingly small.

The coloring pattern of the abdominal side is lighter than the back-plumage. It is irregularly dark to black brown without crossbands.

The facial veil is light gray, brownish, in some sub-types almost white. The dark radial note is usually clearly pronounced. The border is white-dark speckled and is pearl-like shaped. A blackish median line is distinguishable in most subspecies. The beak is yellow.

The relatively long legs are bottled bushy, including the toes; The claws are yellowish, the claw tips a bit darker.

The sexes do not differ in coloring, but females are a bit bigger, and on average much heavier. Male measure between 50 and 58 centimeters and reach a weight of almost one kilogram.

As raptors (birds of prey) Ural Owls are nocturnal hunters. Their smooth-sailing and incredibly silent flight allows them to descend on the prey unnoticed, and catch animals up to the size of a rabbit. However, forest mice, rats and voles consists of about 90% of their diet.

In winter, the Ural Owls often also prey on birds like pigeon, but also larger species such as crows and even domestic chicken, which makes me worried about my resident woodpecker, who’s the first animal to accept me as part of the forest.

Remains of amphibians, reptiles and fish are also regularly found in their digestive tracks, but consist only of a small portions. Larger insects in times when there is not much other food available.

Ural Owls don’t migrate. Whatever territory they call their home tends to be their permanent. And they defend it feverishly against invading owls.

During the breeding season, the species gets extra aggressive and could also attack humans, but even deer or wild boars when they get too close to the nesting area. These surprise attacks are usually done from behind after the bird followed the intruder unnoticed for a while. The owl typically claws the intruder in the head, shoulder or back area and may cause significant trauma.

Female Ural Owls are more prone to attack and more aggressive than males.

Consequently, when they give birth, the young owls are eventually forced to leave their nests and look for a territory of their own. Inexperienced, if they don’t succeed in finding a territory that’s not yet occupied (ie feverishly defended by other, older owls), they often starve to death. Mortality of the younglings tends to be quite high.

On the other hand, outside of the breeding season, the owls can be a little shy, but occasionally also curious.

The Ural Owls breed only once a year. During the breeding season, the male supplies the female with food.

After hatching, the female feeds the chicks and swallows impurities they produce. During the first 10 days she almost never leaves the nest. Later on she sporadically leaves to hunt at night. However, the nest is never left without supervision by one of the parents for too long.

After about 28 days, the first chick cracks open the egg. The chicks grow quite fast. After about 5 weeks, they can jump out of the nesting place and try to walk on a tree. The parents will continue to feed them for another 60 days. They can fly relatively well in about 90 days after birth and will leave the nest a little later.

The maximum recorded age of a bird living in the wild is 22 years. The oldest specimen in captivity was 30 years old.