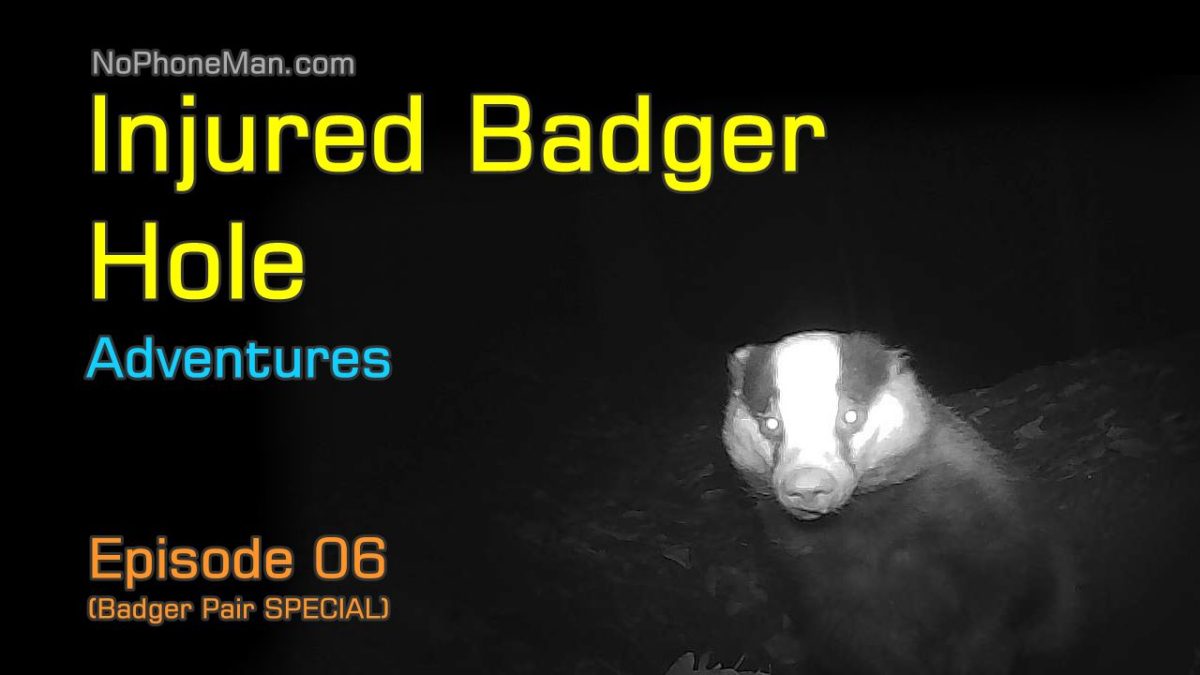 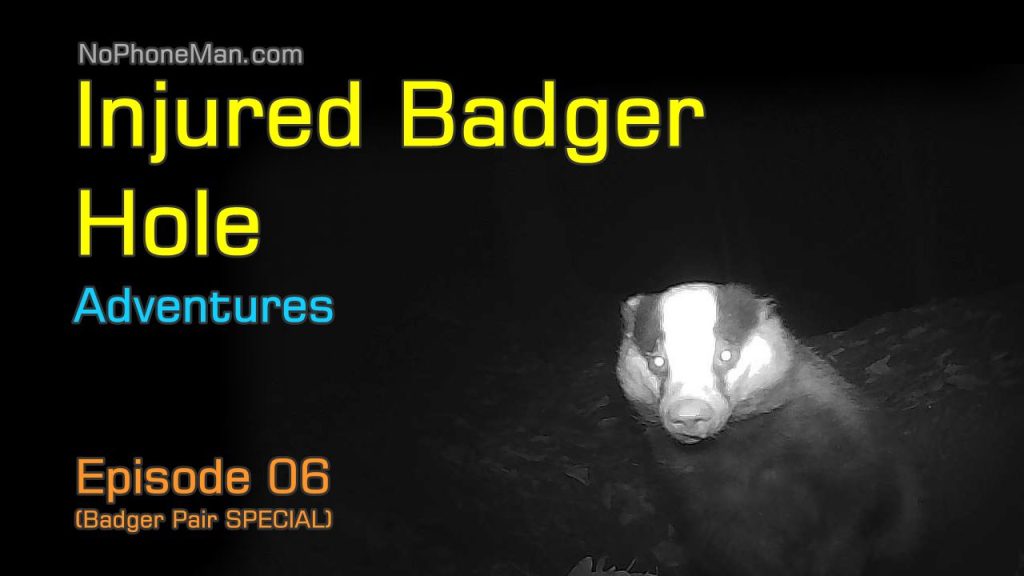 Eight days after tending exclusively to the injured badger, I took a hike to a more remote part of the forest where a sett (networks of tunnels and living quarters dug up by badgers) inhabited by a pair of European Badgers is located. In this, special episode of My Adventures at the Injured Badger Hole I introduce the burrow of the badger pair and share a glimpse of their life as captured on a trail camera.

It’s an 8km long hike to the badger pair hole and the morning when I took the hike turned out rather frigid. It was misty with no visibility and high humidity, but as I ascended upon the mountain range surrounding the valley, I was greeted by a shining sun and got the breathtaking views of the thick fog engulfing the valley below.

It’s an arduous, 2km long uphill climb to reach the upper ridge of the mountain, but have I not undertaken the challenging ascend, I too would have been trapped in the thick fog, whining about the miserable weather.

But up on the mountain it was just beautiful, if a bit bone chilling, but the warming rays of the unobstructed sun worked against the chills and I could marvel at the beauty of the milky haze surrounding everyone down in the valley.

I made stops along the trek through the long field spread out across the ridge of the mountain to film the haze from different vantage point, but didn’t have whole day to enjoy the bird’s eye view of the fog, for the way to the badger pair hole is long so with the sun in my back, I kept pushing forward.

I arrived in the forest where the badger pair lives about 2 hours after starting the trip. Being late fall, the forest looked incredibly bare with most of the leaves fallen on the ground. During Summer, the forest canopy is so thick, the whole space overhead is filled in with leaves, so hardly any sunrays get through. Seeing it so open made it almost unrecognizable.

To my delight, despite not having visited for 8 days, the trail camera at the main entrance hole to the sett of the badger pair was still there. After my other camera which I had at the sett of the now injured badger disappeared without a trace, I often worry that a similar fate may befall upon another one of my game cams. The unpleasant feeling I experienced when I arrived at the badger sett #3 and the camera was not where I left it still haunts me to this day.

As I wander through the woods day in and day out, I uncover the amazing life of the creatures that share the forest with me. So far I have found three burrows crafted by the European Badger (Meles Meles).

The first was my most exciting find, but also the most disappointing. It was existing because it was the first larger burrow complex I have discovered in my life, so I really looked forward to glimpses of the life of the animal that lived there. But I got disappointed when it became obvious that whoever the original owner of the sett was, he’s not longer there and his former dwelling has been taken over by the omnipresent wood rats.

The second was the one I have just arrived at. My trail camera showed that a badger lives there, and because it was my first time seeing a European Badger and the first time I captured one on camera, this discovery was a big deal for me. At first I thought that just a lone badger lives there, because from the beginning only ever one came out at a time. But later on it became obvious that a pair of badgers lives there, as eventually both of them started coming out at the same time.

The third badger sett I found was the one where my trail camera vanished. Before it vanished, it did capture the images of a lone badger, but after I moved it to also get images of potential activities at other exits, the camera disappeared and I was without footage from the location for a while.

I proceeded to buy a new trail camera, which I purchased from abroad due to my budget constraints, and as soon as it arrived, I installed it at the main entrance to the sett. For two days after installing it, the badger never showed up. On the third day he did come out, but was visibly injured and painfully limped. I immediately responded by bringing him food, but unfortunately, a week has passed and there has been no new sighting of the injured badger. It got to the point where it’s truly difficult to not think that he may not have made it 🙁

The footage I obtained from the trail camera at the main entrance to the sett of the badger pair showed that despite the drop in temperatures, the badgers still come out of their burrow and when it’s not wet, drag dry fallen leaves into the hole to insulate their living quarters and pad the insides for warmer and more comfortable sleep.

European Badgers do hibernate for winter, but only partially. Unlike bears, they don’t spend the whole winter sleeping, but do spend days even weeks without leaving their sett when it’s too cold or otherwise unpleasant outside. But when conditions slacken, they may wander out in search of potential nutrition even in winter.

According to the trail cam footage, both badgers are healthy and neither is injured so their chances of lasting the winter, unlike the chances of the injured badger at the other location, are fairly decent. They both seem quite fat, as they should be before winter sets in, so there is truly nothing to make me worry about either of them at this time.

After the heartbreaking footage of the injured badger from the other side of the forest, seeing this pair healthy and well, as well as properly overfed for hibernation, was a comforting sight. I wish them well and hope they continue to thrive on. I will keep monitoring their wellbeing and will share the footage of how they’re doing with you in the later episodes.