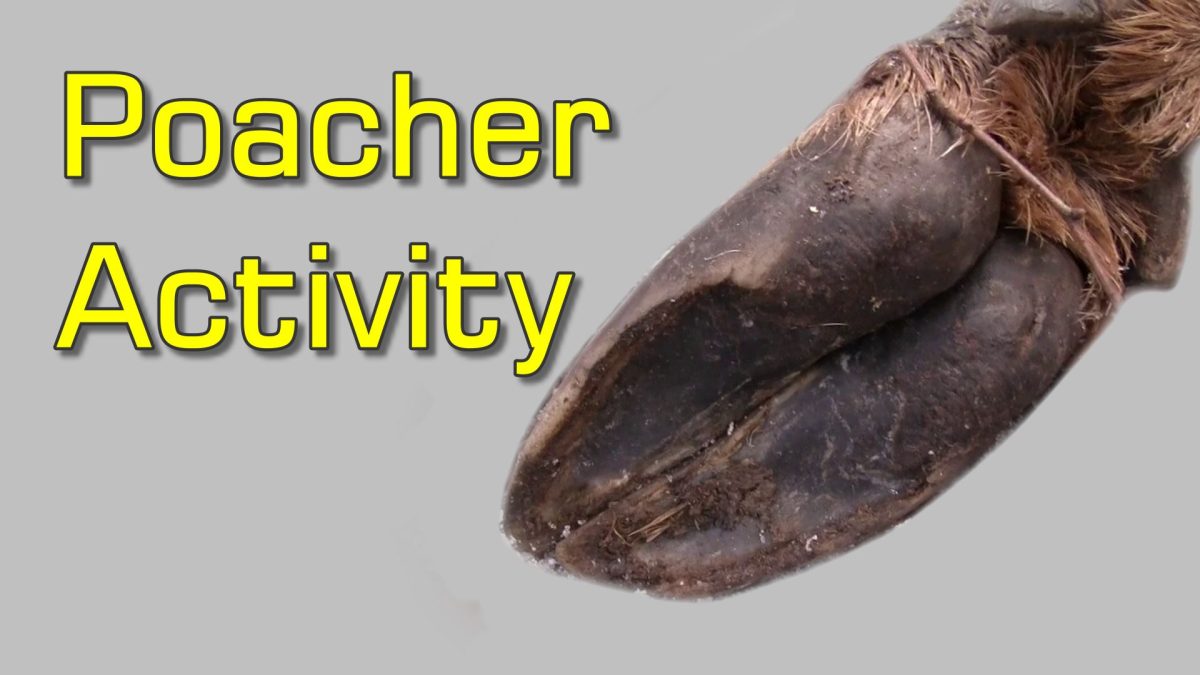 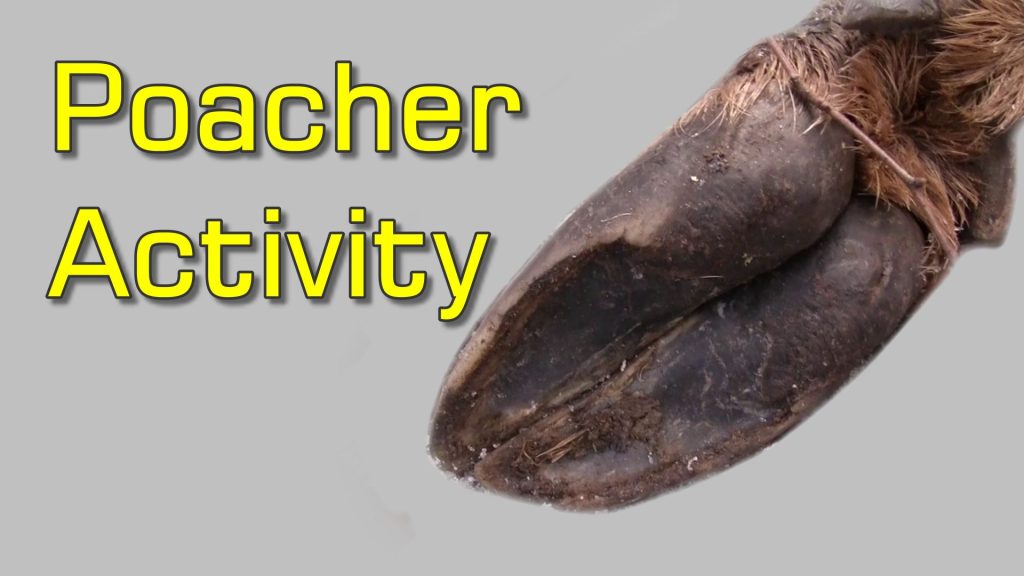 On my daily strolls through the woods where I live, I came across a discarded hoof and bones from a fair sized deer. I don’t know who exactly left it there, but the suspicion popped in my mind that I may have poachers hunting in my forest.

I know the licensed hunters who are allowed to hunt in the swath of the forest where I live, including the adjacent woods, and they never leave parts of a slain animal behind.

Most of the time they take the animal whole, and process it in a designated facility, though from time to time they do gut and strip it of unusable parts in the woods, but those they then bury underground.

This hoof and the attached bones were just discarded like that. Very unlike the licensed hunters so even though I have no proof of a poaching activity, the available evidence seems to point in that direction.

Whoever it was, they obviously shot a large buck, but either didn’t have room in their vehicle to take the whole animal, or had to hurry up to get the hell out of there before someone sees them so instead of burring the unusable parts, they just discarded them and left them right there. Wild game hooves are for the most part dead weight, but bones can be used to make a delicious and nourishing broth. However to someone who’s after a more valuable venison, even the bones are dead weight.

Though none of it really answers another one of my unanswered questions, and that is – where are the other hooves and bones? Why did I only find one? Ungulates are four legged game animals. So why discard just one hoof and bones? Were they disturbed and had to hurry the hell out of there so only got a chance to debone one leg, or were the other hooves discarded elsewhere, waiting for me to find them later?

At this time I really don’t know for sure so all I can do is speculate, but this sure looks like a poaching activity, which would mean I have poachers in my woods.

Also, a few days earlier I spoke with the licensed hunters and they told me none of them currently hunts any deer. They are now exclusively after wild boars which are apparently overpopulated across the area and the fears are mounting over the possible spread of African swine fever, which was allegedly detected on a farm about 50 kilometers from my area. So far none of the boars from my area tested positive for the African swine fever virus, but the apparent overpopulation pushed the agricultural workers to demand the reduction in the population of wild boar because of the damage to the farming fields they cause so that alone forced the government to mandate licensed hunters to pursue wild boars.

I don’t like seeing any of the wild animals killed, but I don’t have the means to stop the hunters from hunting the game they are legally allowed to hunt. Especially if there is a push to reduce the wild boar population backed by the government mandates.

But the kill of the deer whose partial remains I found seems to be outside of the scope of all of it, and may mean this was an illegal kill. I don’t however have any evidence of that, so I can’t pursue it further. And because I don’t know what chewed on the bones before I found them, there is no way for me to use them so I left them where I found them for the carnivores in my woods to get attracted by their scent and hopefully use them to ease their way through the cold winter months. Provided I have a carnivore in the woods large enough to bite through such large and tough bones.

It saddened me to make this find, and it also made me realize this type of reality may be more frequent to encounter if I continue living in the woods. I will have to toughen up to this sad reality…