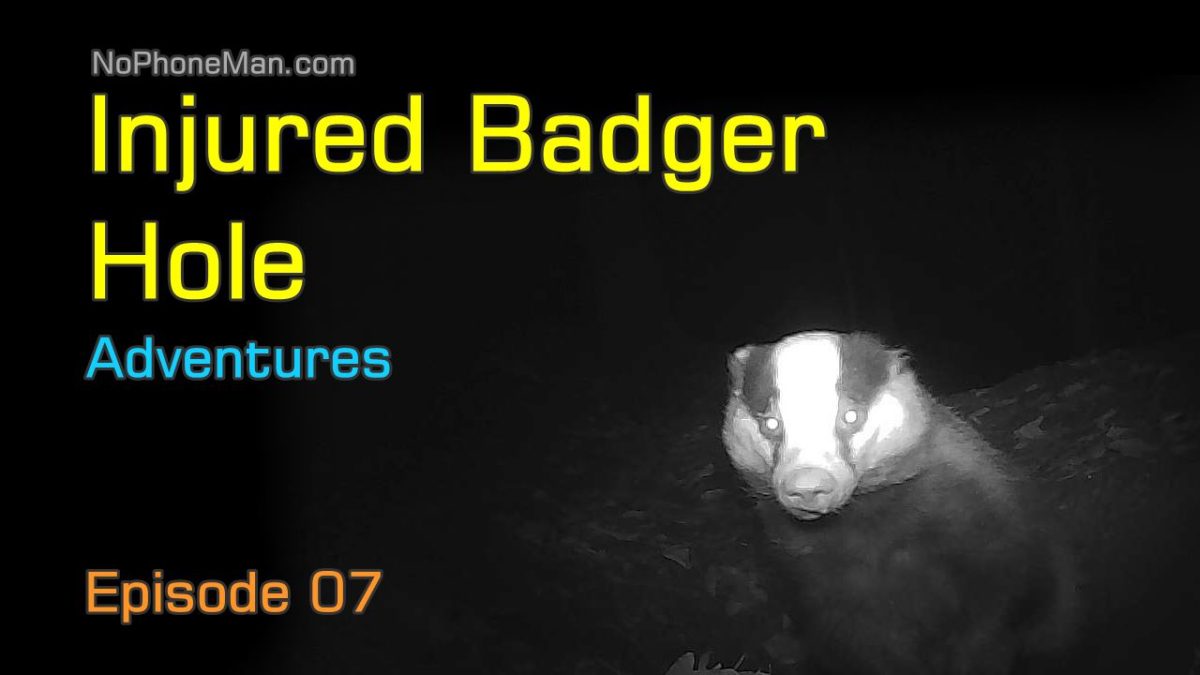 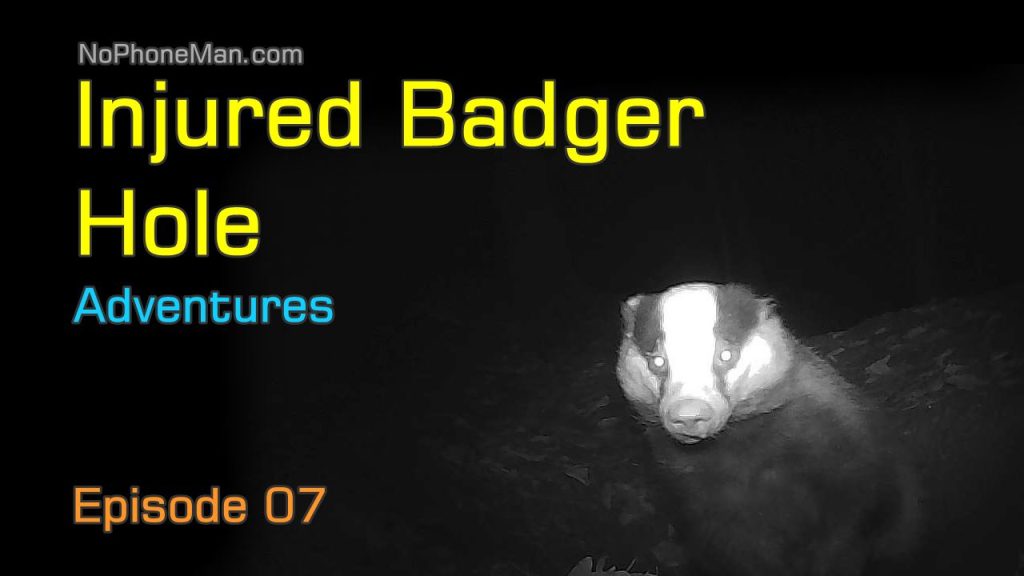 After finding out the European Badger (Meles Meles) at the sett #2 is injured, I had spent 8 consecutive days (seven nights) bringing food to his sett in an effort to help him survive the looming winter. Unfortunately, so far the efforts have been fruitless.

Because the injured badger’s situation was an emergency, I had neglected the other animal locations in favor of the injured badger, but after 8 days, I finally took the hike to the sett #3, where a healthy badger pair lives.

The 8km long hike to the sett #3 took the best part of my day, making it the first absent day at the injured badger hole since I found out that the badger who lived there was injured.

For the Episode Seven of My Adventures at the Injured Badger Hole, I return to the sett #2 to swap the card in the trail camera in hopes that there would be something to soothe my worried mind, ie a sighting that the poor badger is still alive.

Day Eight started by the resident woodpecker making an immediate appearance. It was great to see him again. I wonder if he missed me the day prior. He’s now so used to seeing me there, he can’t wait to show off.

Upon arrival at the injured badger hole, I noticed that all of the Aguaymanto, which had previously been ignored by the omnipresent wood rats, was now gone too.

Because there was no sighting of the injured badger, meaning he has not benefited one bit from the food I have been bringing, I stopped refilling the food box, so the rats, who previously feasted on the good stuff but ignored the unripe Aguaymanto, changed their minds about the Goldenberry and finished it all up. It was not good enough for them while there were better things to eat, but once they ate all but Aguaymanto and I haven’t refilled the food box, the berries became good enough. Tsk tsk tsk…

I concluded Day Eight by deciding to give the woodpecker a name.

On Day Nine I returned to the Injured Badger Hole, and had an encounter with a deer trio which is now as used to me as the woodpecker.

Like all other Roe Deer in the area, they run for their lives when a human approaches, and so did these guys, but after seeing me countless times, they got used to me and now they accept me as part of the forest and don’t take off as soon as they catch a glimpse of me.

Indeed, the trio just moves further away from me if I get too close, but don’t tend to run for their lives. They can feel I’m not a threat even though I’m human.

But the woodpecker did not make the immediate appearance. Rather strange. Usually he sees me coming before I arrive and starts showing off on a nearby tree right away.

I decided to name him Decker. It just rolls off my tongue so smoothly – Woodpecker Decker.

Day nine didn’t bring any excitement to the injured badger saga either. More than a week has passed since the last sighting of the badger, which clearly showed he was debilitatingly injured, and because none of the food I have left for him has attracted him out of the sett, the realization that he’s most likely not alive anymore has grown so much stronger.

The weather then turned and it started to rain, so I wrapped it all up and returned home to check if there has been a new sighting of the injured animal.

Because there has been nothing but rat activity captured on the trail camera at the Injured Badger Hole, I decided to make the compilation of the latest rat videos shorter than usual.

I used a guitar solo I performed as the background music for the compilation. It’s a metal rendition of a classical tune by a German composer Johannes Brahms titles Hungarian March #5 in G Minor. It was recorded live in 1996.