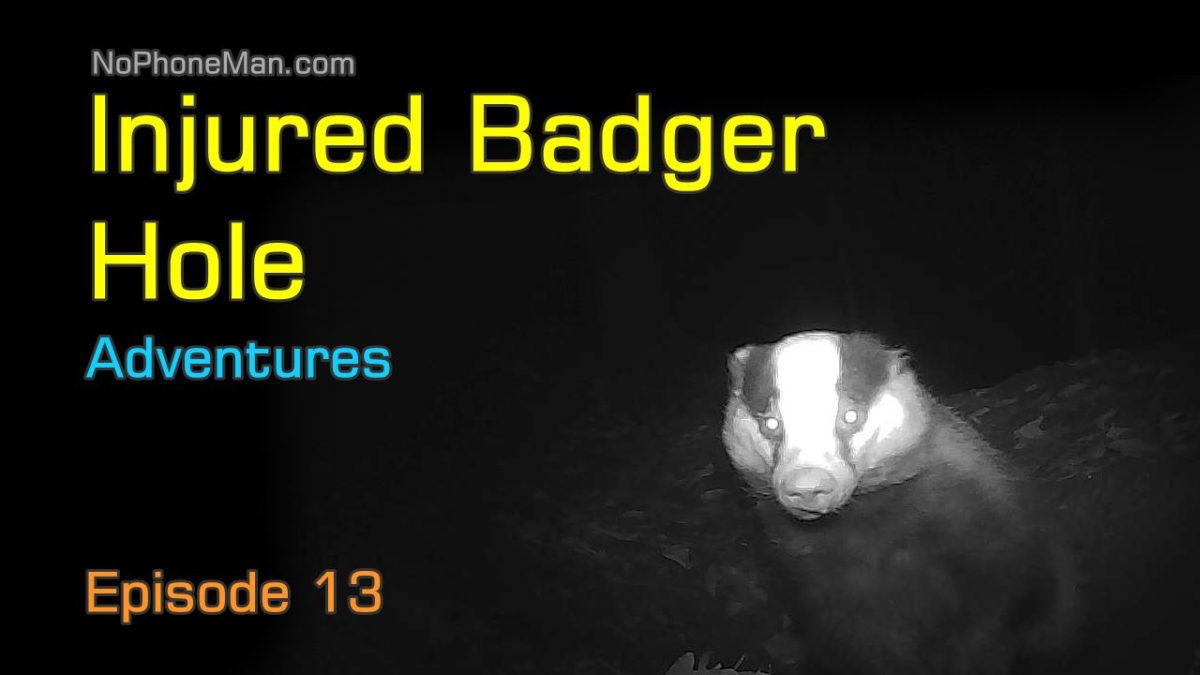 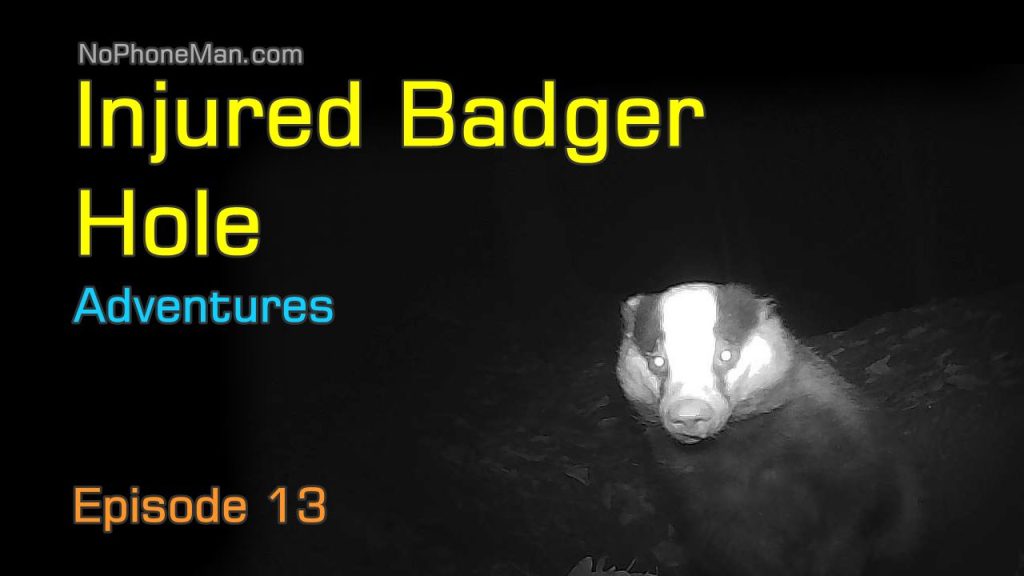 My Adventures at the Injured Badger Hole are winding down. I started the series right after finding out the badger was injured. I didn’t know how it’s gonna end and I wish it would have ended differently.

I did all that was in my power to help save the badger’s life, but it would seem that I have come too late.

While the background of the whole injured badger saga is explained in Episode one of the series, I could briefly sum it up:

On my daily strolls through the woods where I live, I came across three setts of a European Badger (Meles Meles). The first one had no badger living in it, just the rats. The second one had and still has a pair of badgers living in it, but it is at a distant part of the forest, about 8km from where I live so I don’t go there every day.

And the third sett (a sett is a network of tunnels dug up by a badger), ie the last sett I have found, had a single badger living in it. But because badgers always create their setts with multiple exits, and sometimes other animals (especially the foxes) take over parts of the sett, after finding out which was the main hole used by the badger, I wanted to see if other exit holes are used by someone else as well, and set my trail camera at a large one.

The following day, the trail cam was gone. It completely vanished into thin air and remains missing to this day. Since the day the camera disappeared, I had no footage from the sett and didn’t know what was going around there. By the time a new trail cam I had ordered arrived, a few weeks had passed.

Upon installing the new game cam at the sett’s main entrance, the camera captured a footage of the badger badly injured. He was limping, unable to step on his front paw. He barely crawled out of the sett and attempted to go about hunting for food, but was unable to do so due to the pain caused by the injury.

How and when he got injured is unknown to me. Interestingly enough, the first footage the new game camera captured was the last footage of the badger. The cam captured him being injured and unable to procure life sustaining food, yet since then, he’s not been seen at all.

The said last footage of the injured badger was recorded at the end of the fall. Badgers do hibernate for winter, but not entirely. They sort of just slow down their activities and only come out of their setts on less wintery days. And when they do, they only fart around the proximity of the sett, mostly just to poop and check for possible food sources, but don’t sweat it if nothing is around.

In other words, they don’t hibernate entirely like bears do, whereby they go to sleep and don’t become active again until the winter has passed, but they do stop leaving the sett every night (badgers are nocturnal) and if they do come out, it’s only for a bit and never too far.

In order to make it through the winter like that, they spend the fall getting as fat as possible, and live primarily off their fat reserves. Consequently, their winter survival utterly depends on their ability to get grossly fat during the fall.

The injured badger was unable to use the last days of the fall to get fat which greatly reduced his chances of surviving the winter. It has not helped that the European Badger entry in an encyclopedia mentioned that one of the primary causes of badger’s mortality is starvation.

Upon reviewing the first footage from the new game camera and realizing the badger was badly injured and not fat enough to make it through the winter (I had the badger pair to compare him to), I immediately proceeded to gather what food I had available to me and returned to the injured badger’s hole with the provisions to help him get some sustenance until his injured foot heals. That’s also where I started recording the videos for this series.

Unfortunately, the badger has never come out. There was food for him right at the main entrance to his set every day for several days. His fine tuned nose should have alerted him of it, yet still he’s never come out. Instead, the wood rats from the entire neighborhood gathered round and had themselves a feast while I was bringing the food to help the badger.

The days went by, the rats kept feasting, but the badger has never showed up. After the first capture of him by the new trail camera, there has been no new sighting of him since.

I kept coming back to his sett, I kept checking the footage captured by the trail cam, but at the end of the day, there has been absolutely no sight of the badger since. Eventually I stopped bringing food, because I didn’t want the rats to get too used to not having to procure their own food to survive, but I have not stopped monitoring the sett for an update on the badger. There has been none.

There’s no denying it – I have failed. My mission to save the injured badger’s life has been a failure. I have either come too late, or went about it incorrectly – I don’t know. The fact of a matter is – I have failed because there is no sign showing the badger is alive.

My last spark of hope, although it could be just my wishful thinking, is that he has hibernated early. Badgers are not active much throughout the winter, which is why they are overactive in the fall.

The injured badger was unable to be overactive in the fall, so my wishful thinking is that he hibernated early, even though it means he will have to start being overactive in the winter, once he’s able to walk. But now that the winter is drawing to a close, this theory is becoming less realistic too.

Episode 13 of the Adventure

In this episode, which covers my visit to the Injured Badger’s Hole on Day 17, I admit to myself that my mission has failed and I say my good-bye’s to both the missing badger, and Woodpecker Decker who has been my company throughout the series.

I however said my goodbye’s knowing all too well I was not going anywhere. Decker is my buddy and despite everything, I’m not fully ready to give up on the badger either.

In contrast to my previous videos in the Injured Badger Hole Adventures series, this one I started with the trail cam footage of the rats (as opposed to putting the compilation at the end of the video).

Per usual, however, I used my old guitar solo as the background music for the trail cam videos compilation. The solo is based on Fate Symphony – the Symphony No. 5 in C minor by Ludwig van Beethoven. It was performed by me live before a live audience where it was also recorded. There is no studio recording of this guitar solo.

While the adventure is indeed at its end, this is not entirely the end of it as I still have a few things to do before the final conclusion.