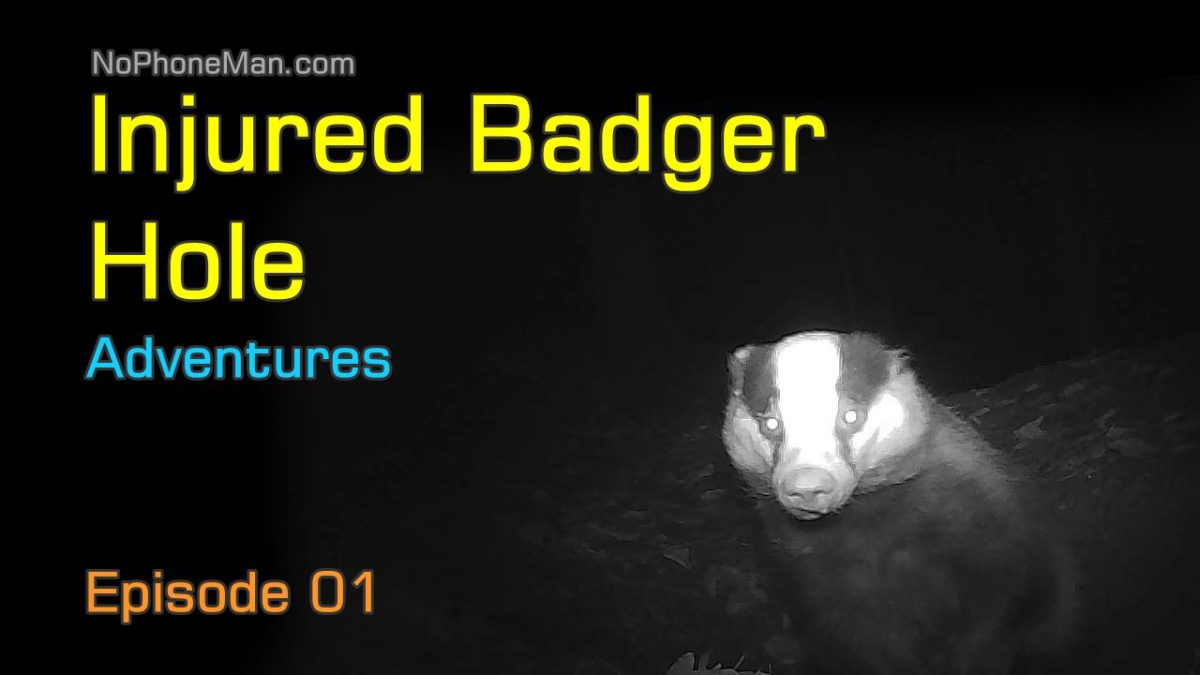 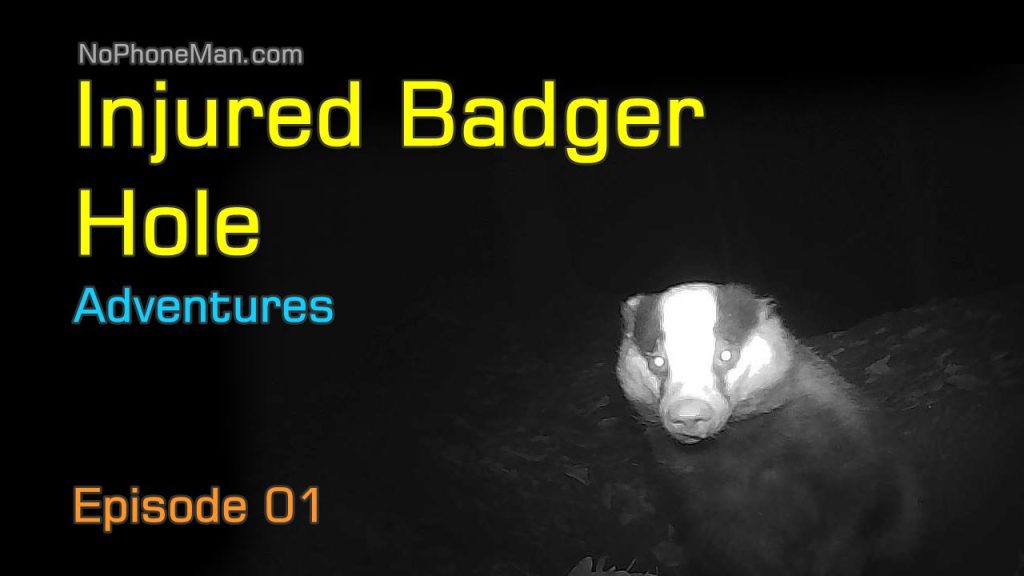 On my daily strolls through the woods where I live, I came upon a burrow of a European Badger (Meles Meles). This particular one was the third badger burrow I found – the first unfortunately did not have any badgers living there, and a group of wood rats took over the dens. The second one is a bit further away and within it dwells a nice pair of badgers.

The third one was on a steep hill that’s difficult to access, but as I was exploring new areas of the forest, I did find it and set up a trail camera there. The nighttime footage confirmed a badger lived there. But because badgers dig a fairly complex network of underground tunnels and at times other animals move in to take advantage of the badger’s relentless digging skills, I moved the camera to another fairly large hole to see if it’s used by either the same badger or another animal.

As my luck would have it, the next time I came to check what’s on the camera, the camera was gone. It vanished and to this day, remains vanished. I had to buy a new one and once I had it, I installed it again at the badger’s main hole to see how he’s doing. For the first two night he didn’t even come out, which is rather strange considering that it’s late fall and he should be busy getting fat for hibernation. The pair of badgers at the hole #2 sure are. Then on the third night he did come out, but could not get anywhere because he was injured.

As the trailcam footage revealed, the badger was unable to step on his left front paw and painfully limped about the hole.

The footage broke my heart and I decided to take steps to help him, realizing he’s not gonna make it through the winter if he can’t get enough food before the snow sets in. And as was obvious, he can’t get food on his own, because he can’t walk.

I proceeded to immediately gather whatever suitable food I could spare, and made preparations to deliver the food to his hole the following day. And that is where my video begins.

In the first episode I introduce the area where the burrows are and show the main as well as the emergency exits. I toss a whole apple into the main hole in hopes that it would not be eaten by the omnipresent rodents before he can get to it, and leave the cardboard box with the rest of the food scraps, consisting of cut-up apple pieces, unripe Aguaymanto aka Golden Berries (Physalis Peruviana), popcorn, and miscellaneous nuts in front of the trail cam mounted on a nearby tree. I find a Garlic Parachute (Mycetinis Alliaceus) mushroom in the process, though I mistakenly call it Garlic Parasol in the video.

And at the end I introduce a resident woodpecker who, at first was scared of me and took off as soon as I showed up, but eventually got used to me and now accepts me as part of the forest and not only doesn’t fly away, but follows me around and picks a tree to pack on that’s near me.

The final part of the video contains a compilation of the footage from the trail camera showing the badger both when he was fine, as well as after he got injured. The said compilation is done to the music by Pyotr Ilyich Tchaikovsky titled Slavonic March.

In the next episode, I return to the injured badger hole to replace the memory card on the camera in order to check whether the badger left the burrow and got to eat any of the food I left for him, or whether the rats got it all.

Join me on the adventure at the injured badger hole and expect more episodes to come, as I will document my each journey and my attempts to help the helpless animal and potentially save his life. Provided I wasn’t already late.