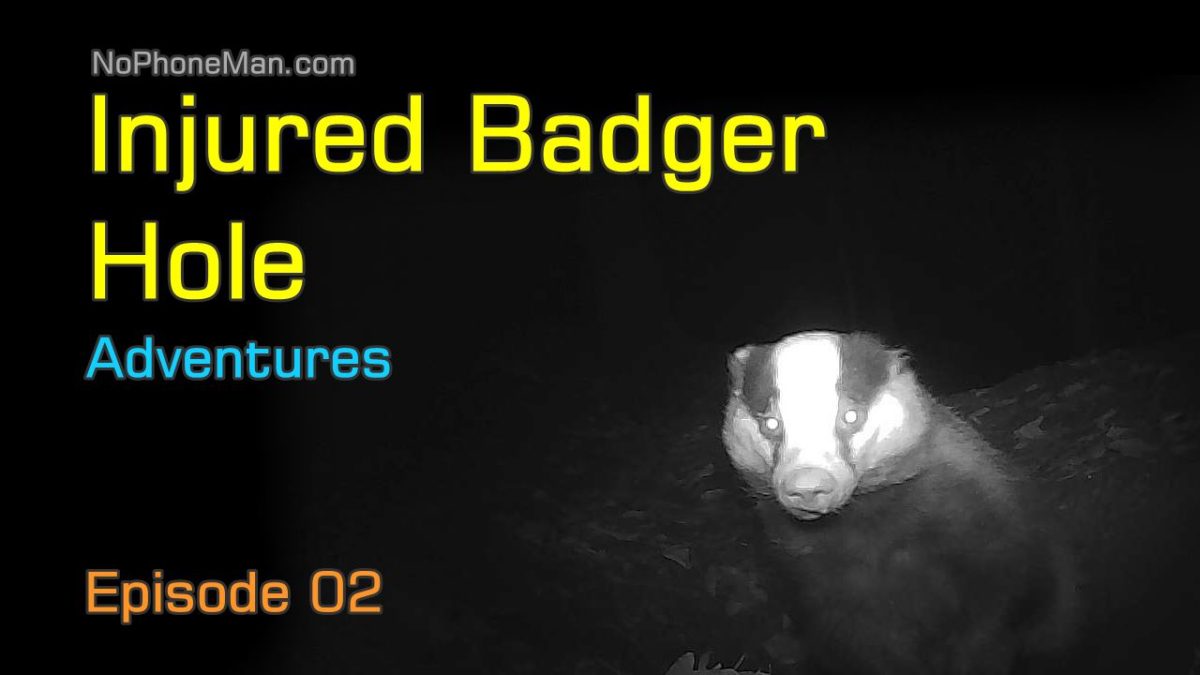 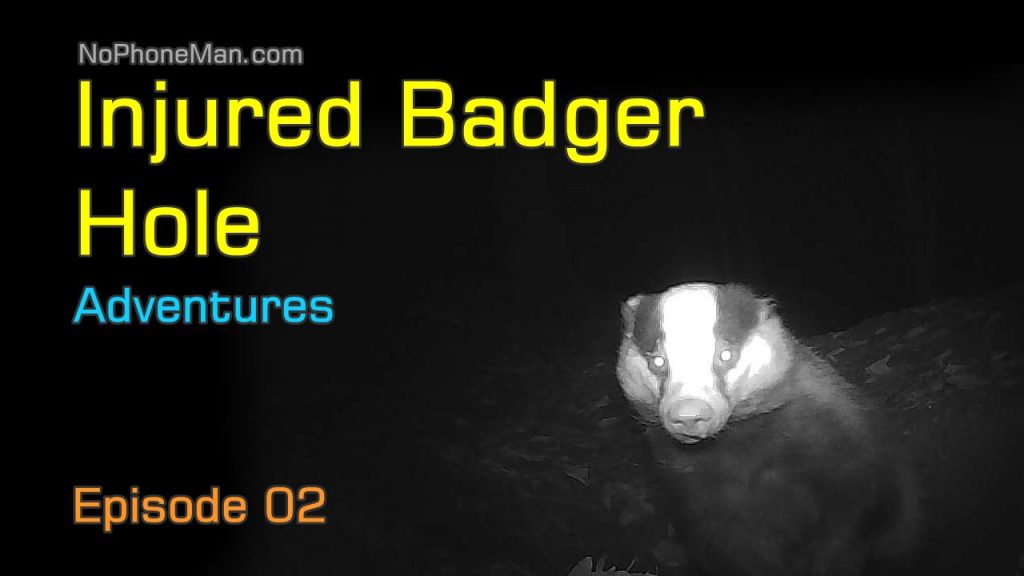 After leaving the cardboard box with food scraps in front of the burrow of the injured badger as seen in the Episode one of the series, my adventures continued with me making preparations for a more substantial meal for the badger. I made sure I had everything ready to return to the location the following day.

I had no idea if my initial attempt to help the limping animal had brought any fruit (no pun intended), and I knew I wouldn’t find out until I have come back home and looked at the images captured by the trail camera over the course of the night.

I started my preparations by removing the paper husk called the “calyx” from the unripe Aguaymanto fruit I harvested earlier this year.

I sprouted the Aguaymanto seeds in early spring and gave the plants a head start by growing them in pots inside. Unfortunately, due to the obvious global cooling trend, the cold winter temperatures lasted well into the late spring, so whatever I planted earlier immediately died. Luckily I had enough seedlings to also plant some later, but the whole summer remained cool and the fall set in early.

With frost and nightly negative temperatures starting already in late summer, the Aguaymanto plants I had growing in my garden’s raised bed froze to death before the fruits they bore had a chance to mature.

Not willing to give up on the entire haul of berries, I harvested about half the fruit from the frost smitten plants, hoping they would mature in the warmth of the room. The other half I left on the dying plants, just in case they’d somehow ripen despite the mother plant’s demise. I had nothing to lose, and those were the only options left.

As it would seem now, neither strategy worked, but both were worth a try. The crop was dead anyway, so whatever I’d try could not have made it worse than it already was.

I kept the berries at a fairly stable room temperature, but saw no progress in ripening so after I found out the badger in the woods was injured, I was glad I have not thrown the berries out yet. The misfortune presented the opportunity to repurpose the fruit.

So I removed the berries from the calyx and bagged them along with cut up apple pieces and rabbit bones with a little meat on them – supper leftovers.

What do Badgers Eat?

I knew that European Badgers (Meles Meles) are omnivores and are quite opportunistic, feeding on what is available. Their diet can get quite varied, consisting mostly of worms and insects, but also occasional voles, eggs, and of course seeds, mushrooms, berries, roots, etc. Sometimes badgers devour carcasses.

Interestingly enough, although Badgers do not have adapted teeth for eating meat and bones, they do feed on both and that was the important information for me. I knew that so long as he’s well enough to leave his burrow, he’ll be able to eat the bones I left for him and get some much needed nutrition.

Unfortunately, when I looked up the article on Badgers in Encyclopedia Britannica, it was mentioned there that adult European Badgers have few natural predators so the most common cause of their natural mortality are tuberculosis and starvation.

The latter left me saddened as it only reminded me that this close-to-my-heart Badger may very well be on the way to die by the second most common cause of mortality for his species.

Having prepared the food to leave for the badger, I set out to the woods to deliver it to the hole and leave it in the cardboard box in front of the main entrance.

Sadly, upon arriving I noticed that while something did mess with the food I left there the day before, the amount that was eaten seemed more akin to how much something the size of a rat would eat, rather than something as large as a badger.

But I had no confirmation of that so I filled up the food box, replaced the memory card in the trail camera, armed the camera for filming anew and returned home to check what the camera had captured.

The footage from the trail cam is at the end of the video. I compiled it to the music of a great Czech composer Antonin Dvorak. The tune is called Symphony No 9 From the New World.

In the next episode I return to the injured badger hole and encounter a family of wild boars. Stay tuned for more.