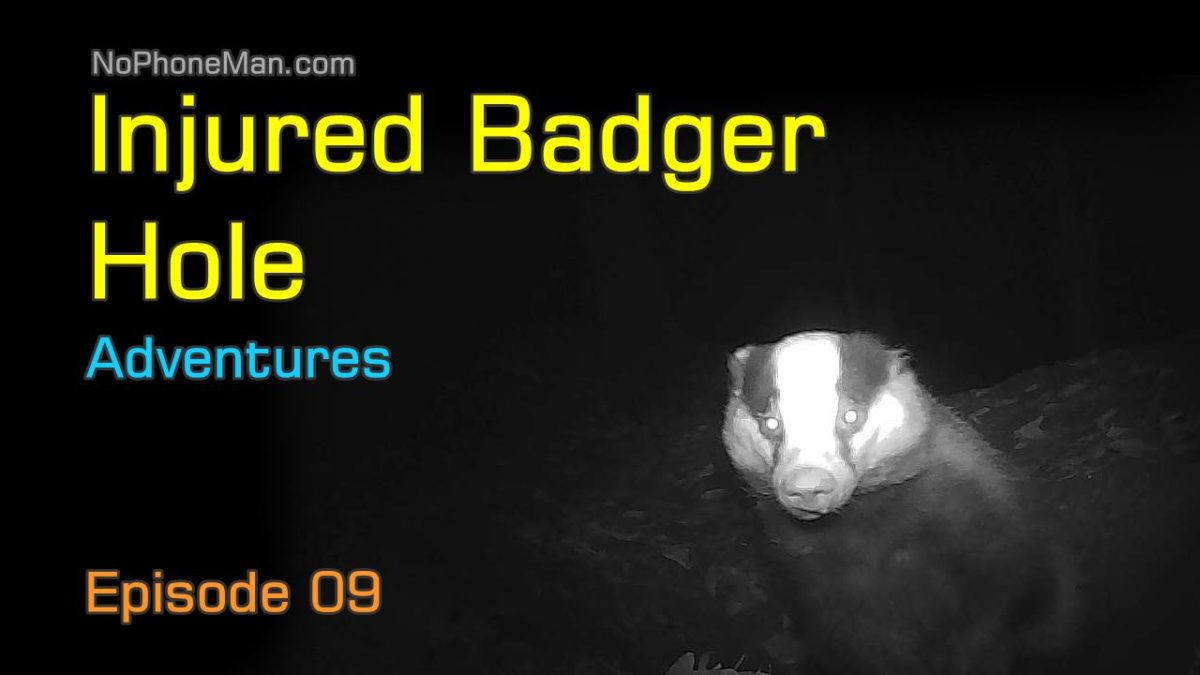 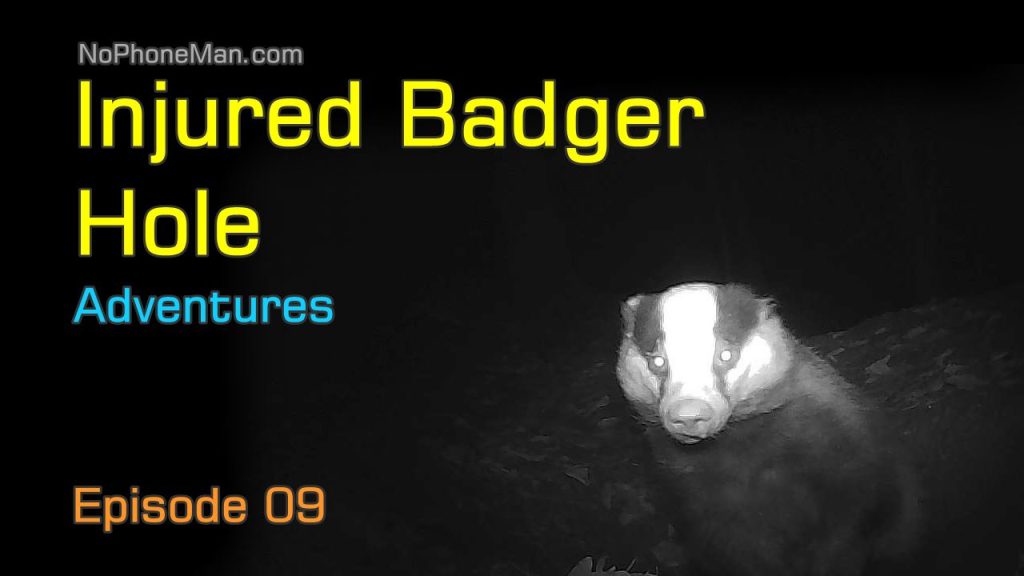 Day 13 at the injured badger hole turned out to be really nippy. With temperatures at -10 degrees Celsius and a heavy fog shrouding the area and thus blocking the sun, video recording with my palm sized Canon camera was a challenge.

There’s no way to operate the camera with gloves on, and without gloves, the fingers could really feel the freezing temperatures. Nevertheless, I set out on my way and off I went.

Episode Nine of My Adventures at the Injured Badger Hole thus starts in cold, but also on a field which I used to avoid before the deep freeze really set in.

Shortcut Through the Field

Prior to the deep freeze, I avoided the fields and meadows because after sunrise, all vegetation on them harbored the early morning dew, so a few minutes of walk across a field would leave me with my feet and legs up to the knees totally drenched. Every single time.

Even during dry spells, morning dew was always abundant on the tall grass and field flowers so walking through them before midday would always result in wet feet. Even on hot days, only around the noon hour would the sun get intense enough to dry out the morning dew and whereas I always like to do my forest runs in the morning, even a short walk through a field would turn the rest of my hike into a miserable experience.

But regardless of how wet the grass on the fields was, forest floor remained nice and dry, because the morning dew landed on the tree canopy so the forest floor was spared the drench.

Obviously, after a spell of rain, everything would be wet, in which case I’d have no choice but to go out in my rubber boots, but that posed a challenge of its own because while the boots protect my feet from moisture, they are not designed for long walks and are not comfortable to use for more than a little bit in rough forest terrain.

To make the long point short – throughout the spring, summer and most of the fall, I’d rather walk up the bumpy and often treacherous forest floor, then up the smoother and easier to walk on meadow, because the latter always resulted in totally drenched feet and legs.

But once the deep freeze set in, the moisture was no longer an issue. Hence the shortcut through the field.

There is a very good reason for doing my forest runs in the morning. I used to make other people’s needs a priority, but now that I finally look after my own needs (because I now have to), I do what’s important for me before I even consider anything else.

This is based on the well established financial strategy aimed at ensuring one’s own wellbeing: “Always pay yourself first“.

I just reformatted it to my own needs, whereby I take care of my own physical and mental health first. Nature is the greatest healer and every minute in its realm, as I found, trumps even the deepest meditation in how calming it is for the mind that used to run 24/7 at 100 miles an hour.

On my way up the field I came across two roundish defrosted patches. At the time I was unsure what they were a result of, but later on I’ve seen deer resting on the ground regardless of whether it was covered in frost or snow. I now believe the deer rested there too.

Despite the deep freeze, Decker came to greet me early. I was surprised to see him because it was truly cold. I thought he’d wait until it gets slightly warmer as the day progresses, but apparently woodpeckers are well adapted to cold weather and don’t much care when it gets so below freezing.

As a matter of fact, I didn’t expect much life to go on in the forest on that freezing day, but it was not like that at all. The animals need to eat and if they live year round in the cold climate, they all tend to be well adapted to winters and even on days like today, they go out in search of food.

On my descend toward the injured badger’s den I overheard the sound of chainsaws as lumberjacks were cutting down trees in a distance. Cold or not, these hard working men have a job to do so they went out regardless of what the thermometer showed.

But their livelihood strongly clashes with my love for the wildlife and as I overheard their chainsaws, the realization that they are fragmenting the habitat for the wild animals, leaving them more vulnerable and threatened, popped a song in my head and out of the blue, I sang it on the way down.

I know I’m not a singer, but this was totally spontaneous and came out of me without trying, so I let it go. Including a potentially ugly word which I beeped out, because that’s how frustrated I feel about the habitat fragmentation of the wildlife.

While day 13 at the Injured Badger Hole didn’t bring any good news regarding the badger to my attention, the most prominent new thing that happened was a Red Fox (Vulpes Vulpes) who came to check out the badger’s sett.

It is now very hard for me to still pretend that the badger could still be alive, although I do keep the last spark of that hope in me. The reality suggests that his burrow is no longer occupied by a larger mammal and that attracts other larger mammals to it.

However, on his/her first visit, the fox just poked the head into the main entrance, but didn’t go inside. I wonder if she can sense that the sett is now most likely abandoned and essentially up for grabs.

Obviously, I’ll be keeping a keen eye on the sett. I’m now very curious to see what happens with it. The fox put an unexpected, albeit unsurprising twist to the injured badger saga.

Rat activity around the set has reduced. The resident rat still comes out, but the sightings of him are getting scarcer. I no longer bring any more food to the cardboard box, so non resident wood rats stopped coming and the one who lives in the sett only seldom comes out.

I suspect it may have something to do with the cold weather. And even though rats don’t hibernate (as far as I know), my thinking is that they surely do prepare for winter in much the same way squirrels do, whereby they stock up on food while it’s available and keep it in their holes for when there is true scarcity of it.

Hence when it gets to -10 or below, of when snow gets really deep, it would make little sense for them to leave the hole and waste calories looking for food when the chance of finding any is so low.

After leaving the injured badger hole, and pondering how woodpeckers spend cold winters, I encountered a roe deer (Capreolus Capreolus) on a frozen slope, and the deer looked as frozen as the slope itself.

After a little time of looking frozen, the deer’s survival instinct eventually told him to err on the side of caution and head for the nearby bush, but he remained more curious about me than scared for his life.

Realizing that there may not be the badger anymore, the focus is now on the fox. I’m really curious to see what happens next.

Other than helping injured animals, I don’t otherwise interfere in the natural course of life in the woods. If the fox claims the injured badger’s sett, then it’ll be his and that’s the way it will be. I’m just really curious at this stage what happens next.