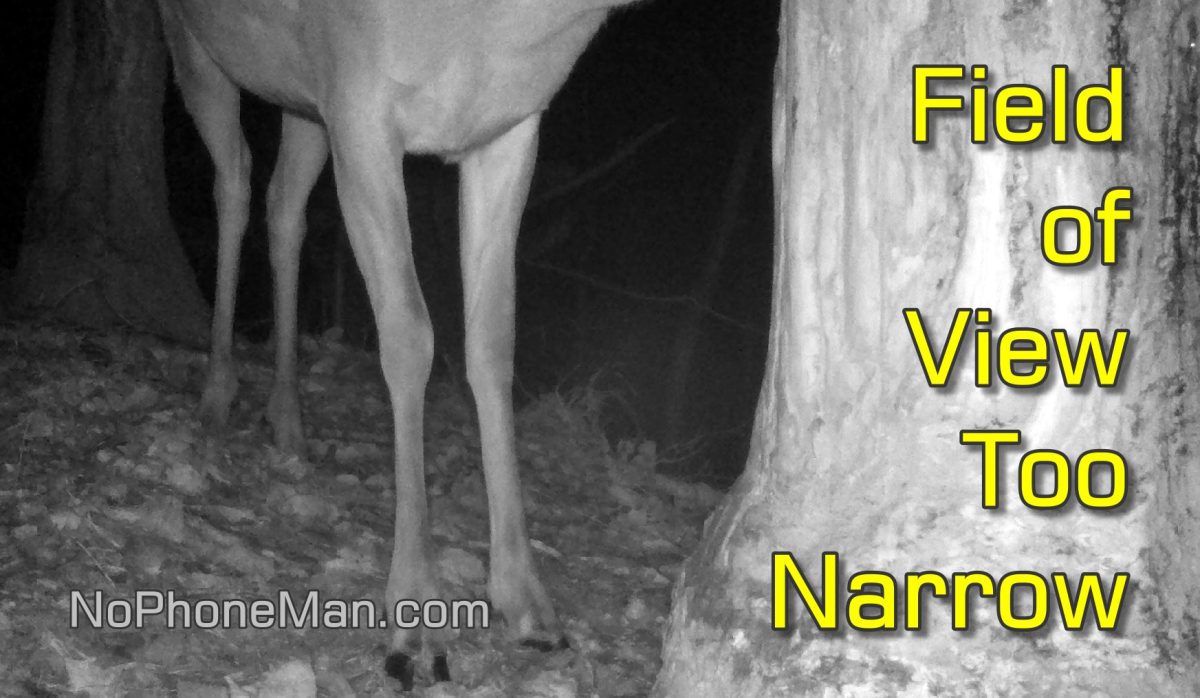 The trail camera I have at the wildlife scratchpost introduced in this video has the best image quality of all the trail cams I own, but unfortunately also the narrowest field of view (FOV) of them all.

I originally placed the camera on a nearby tree, which is where I would normally leave my cameras in order to capture the animal activity from up close, but in this case it proved to be counter-productive because the camera’s field of view cropped parts of animals using the scratchpost out.

Having realized the camera’s downside after I reviewed the first footage it had captured, I decided to move it on a more distant tree. I did that in hopes that more of each animal would be captured on video and parts of them wouldn’t always be cropped out.

The strap that came with the camera has a metal buckle, which is a welcomed upgrade from plastic buckles on my other game cams, but the strap itself is rather short. I didn’t realize it was an issue until I tried attaching the camera to the more distant tree.

While it wasn’t as smooth as I would have liked, I did eventually fasten the camera to the other tree and left it there to do its job. In the videos below, I provide a compilation of footage it captured both before the move (with parts of the animals mostly cropped out), as well as after the move (slightly better, but the FOV is still a bit too narrow to capture both the animal feet as well as the heads of the taller ones).

The scratchpost is only about 500 meters from the Injured Badger Hole, which is within the range of Woodpecker Decker, who dropped by to peck above my head while I was there. I filmed him, but because it was cold and because my finger were already quite numb after the struggle with the short strap, I only filmed him briefly and went on my way.

I used my own guitar solo as the background music for the trail camera footage. It’s an improvisation to a rock’n’roll backing track. It was recorded live before a live audience in 1996. There is no studio recording of the solo.

I think that despite the move of the trail camera, the FOV is simply still too narrow to capture most animals whole, so I may have to try an even more distant tree in the near future.