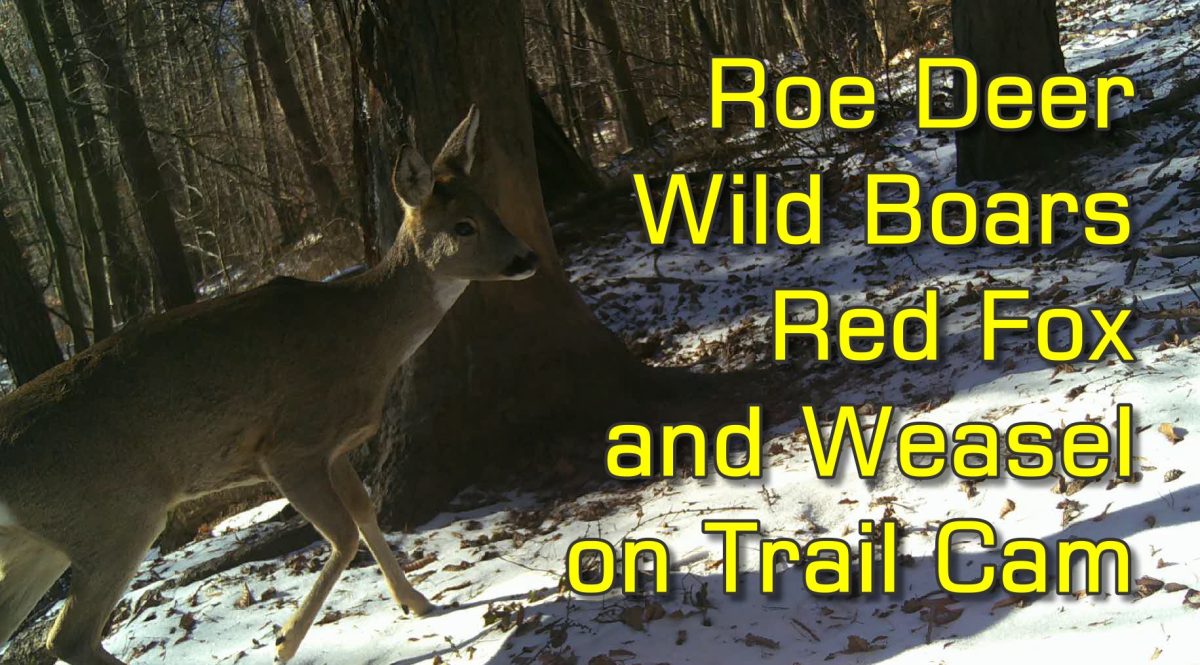 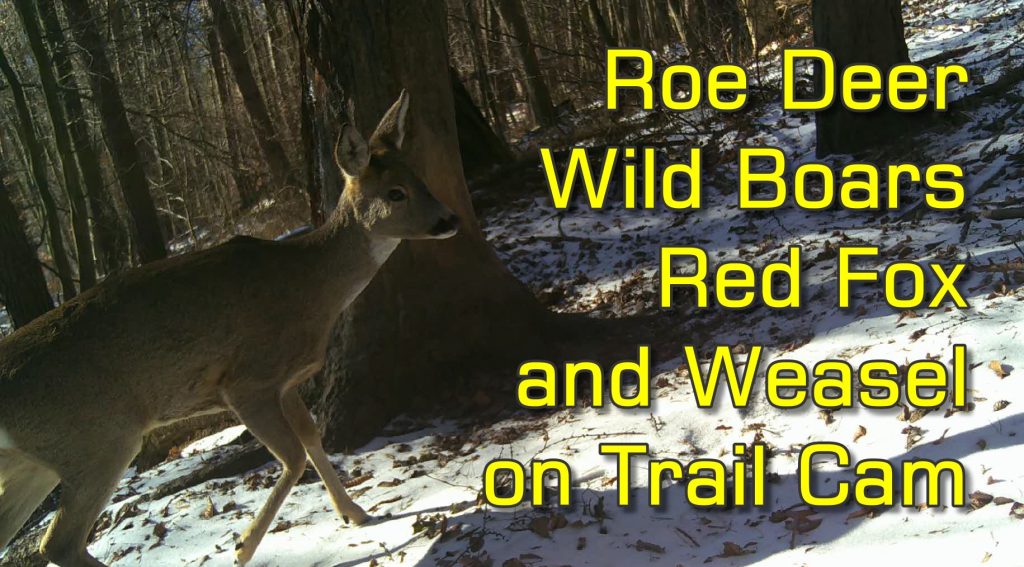 The lower scratchpost is only about 500 meters from the location of the injured badger’s hole. When I visit one, I usually visit the other one as well.

The trail camera I have at the lower scratchpost is the best one I have, in terms of image quality and reliability. It does have a downside in its narrow field of view and the fact that it died on me at one point. I was able to fix it and it’s worked very reliably since.

I decided to tone down my introductions to the trail cam videos and made the video as a whole more about the animal footage, and a whole lot less about me talking.

I filmed it with my GoPro camera, which I don’t take with me for my strolls through the woods, because it has no zoom and is thus unusable for capturing possible wildlife encounters I have. But took it with me for this video, mostly so that not all of my filmed footage is shaky.

Unfortunately, while the GoPro has good image quality, the audio quality is not up to par, as there is this persistent background hum. I will limit the use of the GoPro for filming my talks because of that.

Beside, I strongly think about getting an external mic because my other camera changes the tone and volume of my voice based on the distance of my mouth from its built in mic. It causes differences in recorded voice which are quite irritating to me and I feel I need to address that. It’s one of my goals going forward.

As I explain in the video, I moved the lower scratchpost camera several times because previous locations always proved to be too close and only captured parts of the animal owing to the camera’s narrow field of view.

The latest unobstructed location is a smaller tree which is unfortunately too sloped. That tree is however the only available tree far enough from the main scratchpost while also unobstructed, meaning it doesn’t have other trees in the way. So I really don’t have any other option.

And because nearer trees are too close for the camera’s field of view, this one, despite its slope, is the only realistic option so I really hoped it would deliver. But as would seem from the recorded footage, it does indeed deliver quite well. I think the camera finally has its ultimate home, so long as this scratchpost continues being frequented by the animals.

The compilation of the videos captured by the trail cam is at the end of the video, but that’s not really the end because the opening intro is really short and sweet.

It features a lone wild boar (Sus scrofa) whom I named Hubert (for whatever reason it seems fitting). Hubert was target for extermination by licensed hunters when I ran into them. They told me they were after him before already but he managed to avoid them. This time around they doubled down, came twice as many each with a dog trained to sniff out razorback boars, and their goal was to kill Hubert.

The information broke my heart, as I had many encounters with Hubert and enjoyed always seeing him healthy, uninjured and well fed despite being alone. I unfortunately had no means to stop the hunters. They were ordered by the government to kill the boar because there allegedly is a raging breakout of an African Swine Flu about 30 kilometers from here, they themselves would get fined if they didn’t go.

About an hour after talking with them, I heard a volley of fire and feared the worst. But as the trail cam footage shows, Hubert is still alive. For the second time, he managed to dodge the hunters. They must have killed a different boar, unless they fired at Hubert but all missed. Not sure what happened, but Hubert is still alive and I couldn’t be happier.

I wish I had the means to tell him to get the hell out of these woods. But then again, if he did, they’d hunt him down elsewhere. And I would miss having him here.

Either way, Hubert is around for the time being, but with hunters set to kill him, I know the time will come sooner or later when there will be no more Hubert. My heart sinks thinking about it 🙁

Aside from Hubert, the game cam also captured a family of wild boars scratching the European Larch hard, several passings by a red fox (Vulpes vulpes), and a female roe deer (Capreolus capreolus) with her youngling. There was also a glimpse of an unidentified weasel, but the weasel was on the move so by the time the camera’s changed from standby mode to recording, the animal was near the border of its field of view and only appears in a flash. I’m thinking it was an ermine in its winter fur.

The matriarch of the wild boar family limps on her front left foot. It’s very painful for me to watch an injured animal. I hope that thanks to the support of her family, she’ll get by until her foot heals.

The background music used for the trail cam compilation is my own guitar solo. It was played and recorded live before a live audience. It’s essentially an instrumental improvisation to a simple, repeating backing track.