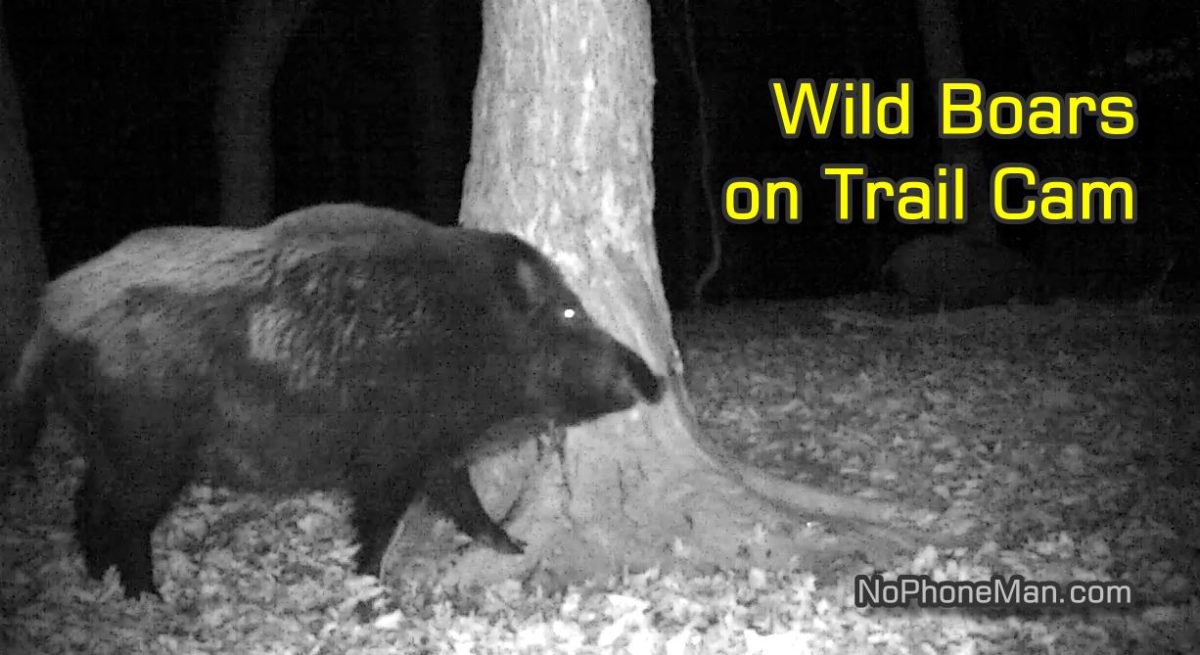 I have already introduced one animal scratchpost. The one featured in today’s video is a different one. It’s within the same forest, but in a whole different location. It’s actually the first scratchpost I found, but the second to have installed a trail camera at.

It was quite clear right from the start that this scratchpost would be busy, because the tree used for this purpose is well worn out from the wildlife scratching their itchy furs on it. Unfortunately, while the scratchpost location itself delivered as expected, the trail camera I installed there utterly failed.

It’s a new trail camera I purchased recently and it is the type I have not owned before. And I will never buy the same trail cam again. While it doesn’t suffer the predicament of the game cam at the other scratchpost (narrow field of view), it’s got more than enough issues of its own:

The fact that it uses 10 batteries is really a bummer, because the charger I have for AA rechargeable batteries can recharge up to 8 batteries at one time. My other trail cameras take 8 batteries, which works out for me because I can recharge them in one go and have a charged up set where a replacement is needed. But with a camera that takes 10 batteries… what the…?

And no audio? Really? What the hell kind of a game camera is that? We’re in the 21st century, aren’t we? Who in this day and age still makes cameras that don’t record audio? Game cams that cost me less than this one record audio.

But the real bummer, which is the main point of today’s video, is that the camera doesn’t adjust the intensity of the IR (Infra Red) light.

The IR bulbs are a standard part of trail cameras because they allow the camera to record in pitch black darkness. And whereas many animals are nocturnals, and thus most activity in the woods takes place after dusk, without the IR light, a trail camera would be next to useless.

However, the camera should be programmed in a way that automatically adjusts the intensity of the IR light based on the proximity of the object being recorded. Without this automatic adjustment, the object will be either too dark (underexposed), or too bright (overexposed, ie overblown).

The trail camera’s inability to automatically adjust the intensity of the infrared light is the reason why the camera spoiled what could have otherwise been an amazing footage of a family of razorback wild boars (Sus Scrofa) who came to use the scratchpost after I first installed it there, and gave the scratchpost hell.

A fairly sizable family of razorbacks turned up and went all in on the pine tree. They rubbed themselves against it like there’s no tomorrow and even bit its underbark in order to make the surface coarser for harsher scratch.

The boars spent some time at the scratchpost and the camera reliably recorded the happenings, unfortunately all of it was so overblown by too much IR light, you can barely see what was happening. I mean, for the most part you can see what’s happening, but the image is unpleasant on the eyes due to the severe overexposure.

It was unfortunate because the camera’s field of view is just right for the placement near the tree so it captures the animals with good detail. But with its inability to auto-adjust the IR light, I had to adjust how much it illuminates the nighttime scenes by placing it at a greater distance from the scratchpost.

After I moved the trail camera to a more distant tree, the animals no longer fill in the recorded space fully, but the image is no longer overblown. It is therefore better to have it further away, as it keeps the image quality at a bearable level, but that shouldn’t be something you as a user of the camera should have to do. The cam should make these adjustments automatically.

Anyway… while disappointed with the camera and the fact that what had the potential to be great footage was to a great extent wasted (or at minimum spoiled), at least I’m now aware of the camera’s shortcomings and know how to position it with those in mind. For what it’s worth, at least it works for now. Unlike the other camera which died on me two weeks into use. I’m working on the broken camera and hope to have it up and running soon.

I included both the overblown trail cam footage, as well as the reasonably well lit up footage in the compilation at the end of the video. For the background music, I used my own guitar solo, which is my original composition which I wrote and performed myself.

It’s the first instrumental song I have written in its entirety myself. It was recorded and performed live before a live audience. There is no studio recording of the musical piece.

The tune is a bit fast paced, but I think it fits well with the footage of the boars scratching themselves like mad on the pine tree.

These are the first videos this camera recorded. I won’t hide the disappointment with it, but I hope it continues working and records more great footage for me, so I can continue sharing it with you all.