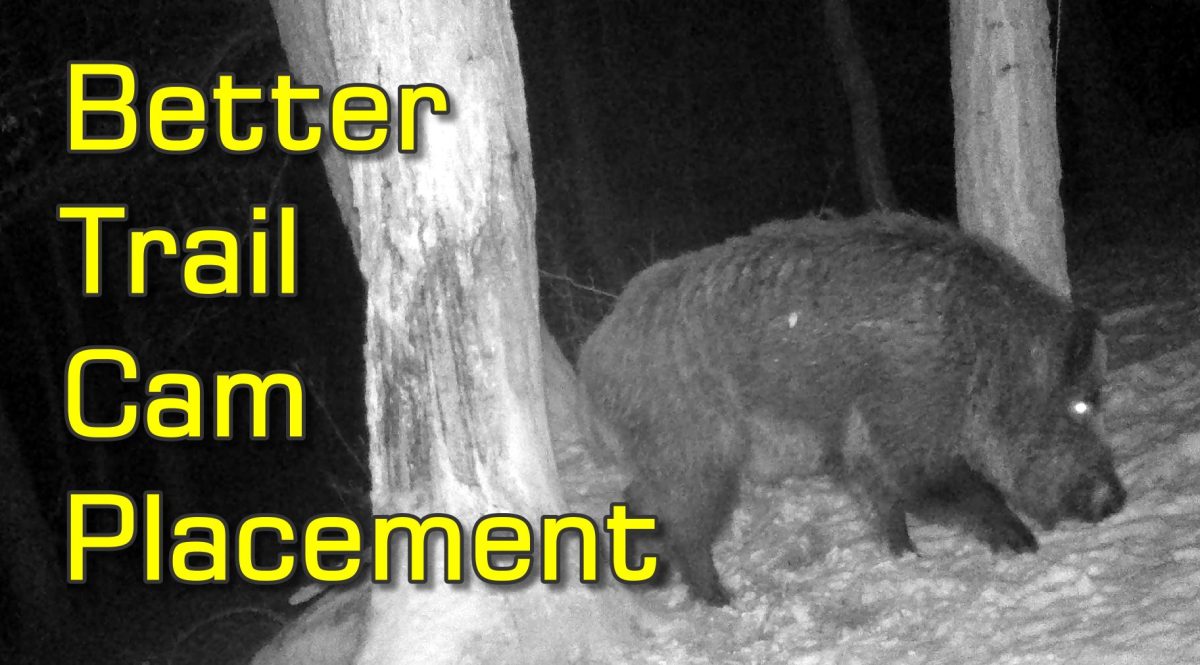 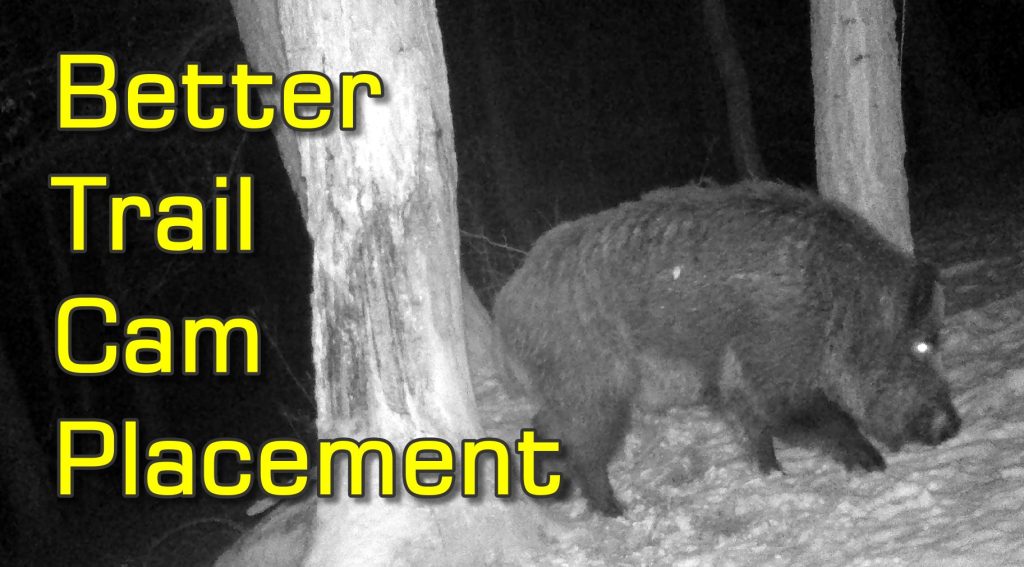 The lower scratchpost has been a hit and miss. I started monitoring it with a trail camera set up on a nearby tree. I got good footage from there, but because the trail cam has a very narrow field of view, it only captured parts of the animals in its original location.

Having only parts of the animals in the trail cam videos was not cutting it for me, so I moved the trail camera to a more distant tree. This was definitely an improvement in how much of the animal was captured, but it only worked for smaller animals, like wild boars (Sus Scrofa). The deer, especially the red deer (Cervus Elaphus) were still being cropped.

Shortly after, the lower scratchpost trail camera died and I had to take it home with me to repair. When I returned with the camera fixed, I decided to put it back on the original tree near the scratchpost, because after the move, there was significantly less footage captured then before the move.

The following day I however had to put it on the more distant tree again, because it really captures just small parts of the animals and that rendered the footage vastly unusable.

After so many trials and errors, it has become obvious that the limitations of the trail camera (its narrow FOV) mean it has to be installed even further than on any of the previous trees.

As explained in the video about the European Larch trees, the lower scratchpost is the only area in my woods where these special coniferous trees which shed needles in the fall grow. And two of them are used by the animals as scratchposts. Two more I have previously tried to hold the trail camera, and there are additional two for a total of six, but their locations are such that the previously tried European Larches would block the view of the scratchposts. For that reason it was not possible to consider either of them.

So I played with the idea to put he camera on the side scratchpost. I in fact tried it, but was unable to attach the camera to it due to the camera’s strap being too short.

After all that, I mounted the camera on a smaller deciduous tree which had unobstructed view of the main scratchpost and was narrow enough to easily fasten the camera on it, but it is really sloped. That meant that the footage would be angled, but for the first time I had a chance of capturing whole animals at the lower scratchpost, so I’ve used that tree. I however had to remove twigs which were in the way so the IR (Infra Red) light which is necessary to capture the videos of the animals at night, doesn’t land on the twigs.

One of the twigs was dead so I just broke it off, but the other was a living twig so in order to avoid breaking it, I had to find a way to twist it around other branches to both keep it alive and have it out of the way. I was able to do that despite only having one hand available, because the other hand was holding the camera I was filming the episode with.

For a change, I decided to use my GoPro camera to record the video for this episode. The advantage of using the GoPro is that it has a wide angle lens, so the footage would look less shaky. The disadvantage is that the battery doesn’t last very long and I wasn’t sure if the audio will be usable.

As is obvious, I did end up using the video with the original audio recorded, but I realized that the GoPro produces too much background noise which can be heard throughout the footage. I will not use the GoPro for videos like this anymore because of the issues with the audio quality. My Canon palm camera has audio issues of its own, but at least there is no background buzz.

The trail cam footage showing the before-the-move as well as after-the-move recordings of the razorbacks who are the most frequent users of the scratchposts is at the end of the video.

A lone boar with whom I have had many encounters came to use it as well. While boars are pack animals living in quite large family units, for to me unknown reasons this male boar is alone. Whether he separated on his own or was banished from the pack is not known to me. But of all the razorbacks, he’s my most frequent encounter so I’m always happy to see he’s alive and well.

I was quite worried for him because licensed hunters were recently specifically after him and there was nothing I could do to stop them. I prayed he’d somehow avoid them and it would seem my prayers were heard. The hunters came with dogs train to detect the scent of wild boars so the chance of him dodging them were quite miserable, but it would seem he did in fact dodge them.

As of this video, he remains alive, he’s well, not ill, not injured and is well fed, so all seems to be good in his world. He thrives on his own and obviously does well for himself despite being alone. Go boar!

The music I used for the trail cam footage is my own guitar solo which I composed and performed myself. The fast parts were inspired by a Slovakian band Tublatanka and a German band Destruction. The slow parts are my original music. The solo was recorded live before a live audience. There is no studio recording of this musical piece.

I’m looking forward to more encounters with the lone boar. I hope the hunters don’t eventually get him. He’s too awesome to end up dead by a hunter.