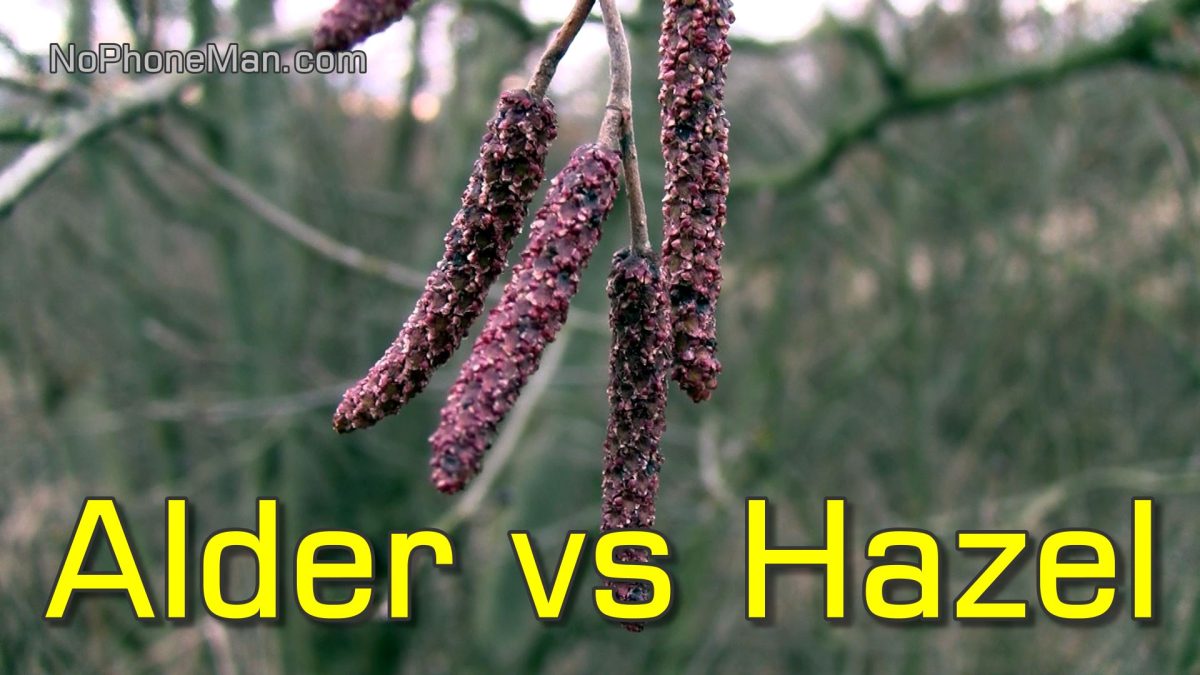 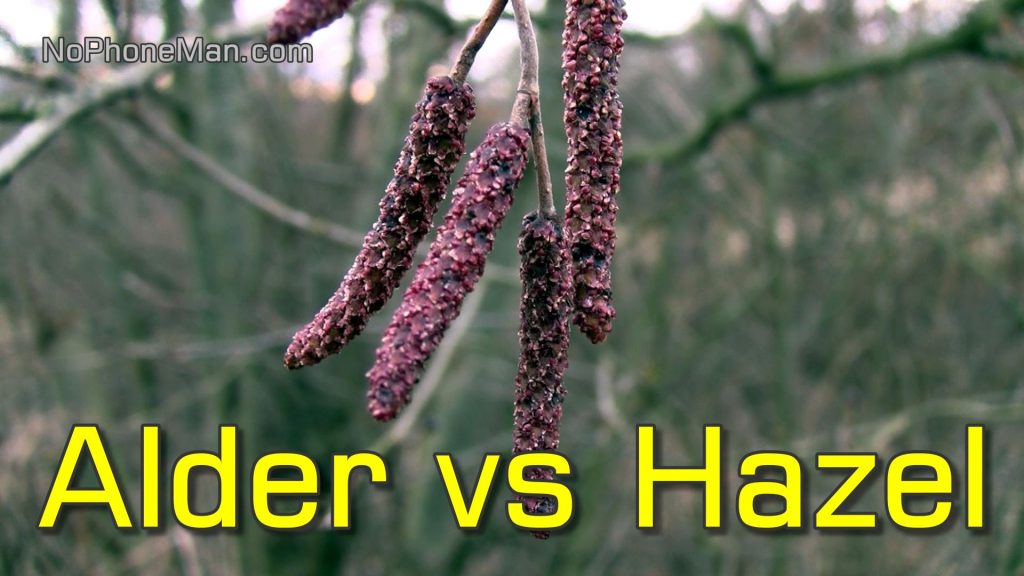 The Alder (Alnus species) is a genus of a tree, or a shrub, belonging to the Birch family (Betulaceae). There are a few dozen species of the Alder growing around the world. Here in Central Europe, three species occur natively: Green Alder (Alnus Alnobetula), Grey Alder (Alnus Incana) and Black Alder (Alnus Glutinosa).

The Black Alder (also known as the Common Alder) is the most common Alder tree in the woods where I live. While Alders in general may seem like rather insignificant trees, they are actually quite useful for the environment, possess medicinal properties and parts can be used as a survival food. As such, it is my opinion that Alders are a useful tree to recognize so in this video, I attempt to introduce the Alder tree and outline the main identification features.

Because Hazel, another tree from the Birch family, can in some ways look similar to the Alder, I include information on the Hazel as well, and compare the two for a more definitive identification.

The Black Adler is a deciduous tree that usually grows to 20-30 meters in height. It can live for a 100 years, but some sources claim it lives up to 200.

In February, while there is still winter and no deciduous trees grow any leaves yet, the Alders begins to bloom by growing catkins.

Catkins are the male flowers. They tend to be 5 to 10 cm long, thin, cylindrical and pendular, and are reddish-brown.

The female flowers, known as the strobiles, are smaller (2 cm) and are dark brown to black, hard and somewhat woody. The strobiles resemble the cones of some coniferous trees, in particular the pines, but are much smaller.

The newly grown strobiles are green, but as they mature, they turn woody and release winged seeds, which are pollinated by the pollen from the catkins carried over by the wind. Both male and female flowers (catkins and strobiles) grown on the same tree.

The strobiles tend to remain on the tree throughout the winter, unless detached by an external force.

I filmed the video showcasing the Alder in February, before the leaves began to grow. For this reason I was unable to show what Alder leaves look like, but I explain in the video that they look similar to those of the Hazel, but while both are egg-shaped and serrated along the edges, the Hazel leaves tend to have a point, whereas the Alder leaves are more round throughout.

While young, the leaves of the Black Alder are quite sticky from resinous glands. The leaves of the Alder tree do not change color in the fall. They fall off while still green.

The bark of young Alder trees is greenish brown, shiny, smooth and shows numerous cross-standing pores. In older trees it develops to a dark gray to black brown, and cracks into small, square pieces. The tannin content of the bark is about 9 percent, according to the German Enzyklopädie der Laubbäume.

The wood of the Alder discolors by oxidation to golden-yellow. The year rings are barely visible.

Here in Central Europe, the Black Alder has long and established history of medicinal use, though a lot of it may not have been scientifically proven.

A decoction from the bark can be gargled to relieve the inflammation of the mouth cavity and the throat, or drank to provide relief from the intestinal bleeding.

Freshly crushed leaves are said to relieve ulcers and sore feet, and help with the cracked nipples of breastfeeding mothers.

The strobiles are sometimes used to treat water in aquariums.

The above claims have not been scientifically proven, but a 2017 review paper published in the scientific journal Molecules titled “The Genus Alnus, A Comprehensive Outline of Its Chemical Constituents and Biological Activities“, reported the presents of various active compounds in the Alder, including diarylheptanoids, flavones, polyphenols, terpenoids, and steroids, exhibiting anticancer, antioxidant, anti-inflammatory, antimicrobial, antiviral, hepatoprotective, DNA damage protective, anti-adipogenic, anti-atopic, insecticidal and other properties. Diarylheptanoids were reported to possess “significant anticancer activities“.

Benefits for the Environment

The comparatively low maximum age of Alders is somewhat compensated for by their rapid growth. Because of how quickly it can grow and because it can also grow in a very disturbed soil, the Alder is often referred to as a pioneering tree. Its rapid growth helps it to outcompete other trees temporarily, but loses to other species in the long run.

However, it is superior to other deciduous trees in very wet, groundwater-challenged or temporarily flooded locations. Since the Alder is often found in humid, even marshy areas that were seen as scary in the past, they are often associated with the devil and witchcraft in the European folk culture.

Because the wood of the Alder is resistant to water, it was one of the primary woods used to build the city of Venice in Italy.

The Alder forms root knobs in which the elemental nitrogen from the air is bound, which helps the soil to become more nutrition rich. This happens by a symbiosis called actinorrhiza with the bacterium Frankia Alni.

The bacterium lives in the root knobs and is nourished by the Alder. In return, the host plant provides nitrogen compounds, which can form from the enzyme nitrogenase directly from the nitrogen of the air.

Parts of the Alder tree can be eaten. The catkins in particular are edible and said to be a decent source of protein, but may only be useful in a survival situation when there are no better options available, due to the astringency and a presumably unattractive taste.

Both the Alder and the Hazel are trees from the Birch family (Betulaceae). Some aspects of the trees can appear similar, but there are ways to distinguish them from each other.

The leaves of both are oval with serrated edges, but the Hazel tends to have a more pointy tip, whereas the Alder is more rounded on the tip.

The color of the bark of both varies by the environment and the age of each individual specimen, but the Alder tends to be lighter and often covered with a pale colored lichen. The trunk of the Hazel usually consists of multiple stems. The Alder can consist of multiple stems as well, but they tend to be more numerous in the Hazel.

I hope this information on how to identify the Alder tree and know the difference from the Hazel was useful. More information with visuals can be found in the video. I hope to make a follow up when the leaves grow in the Spring.