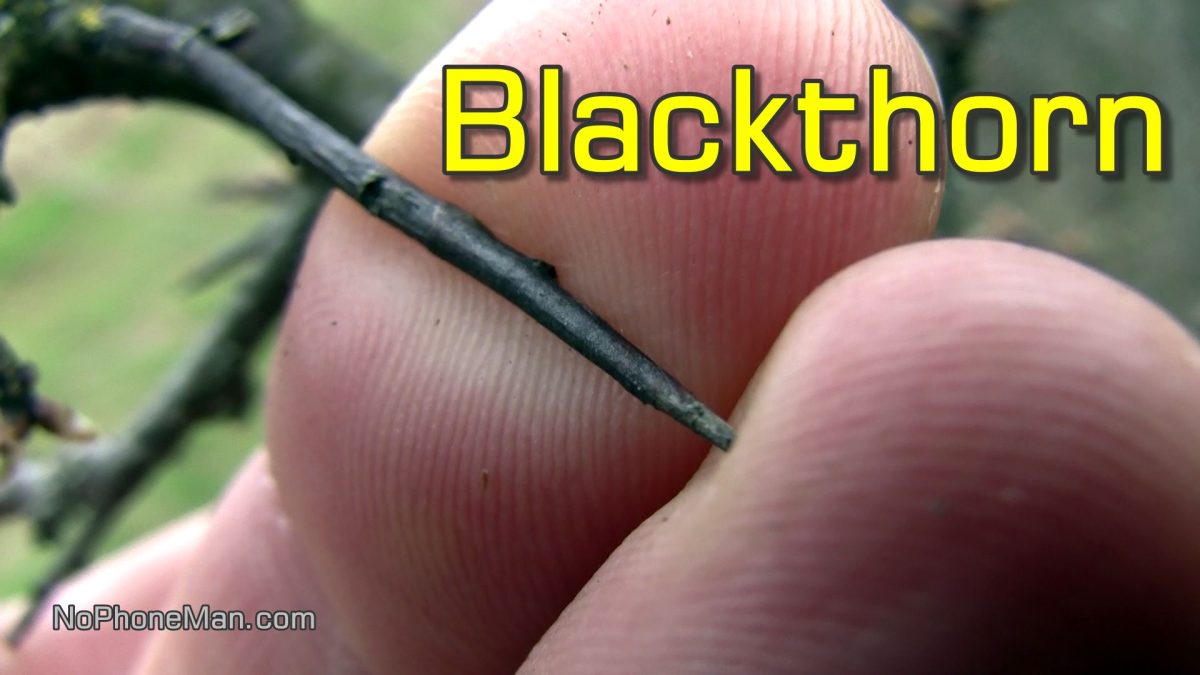 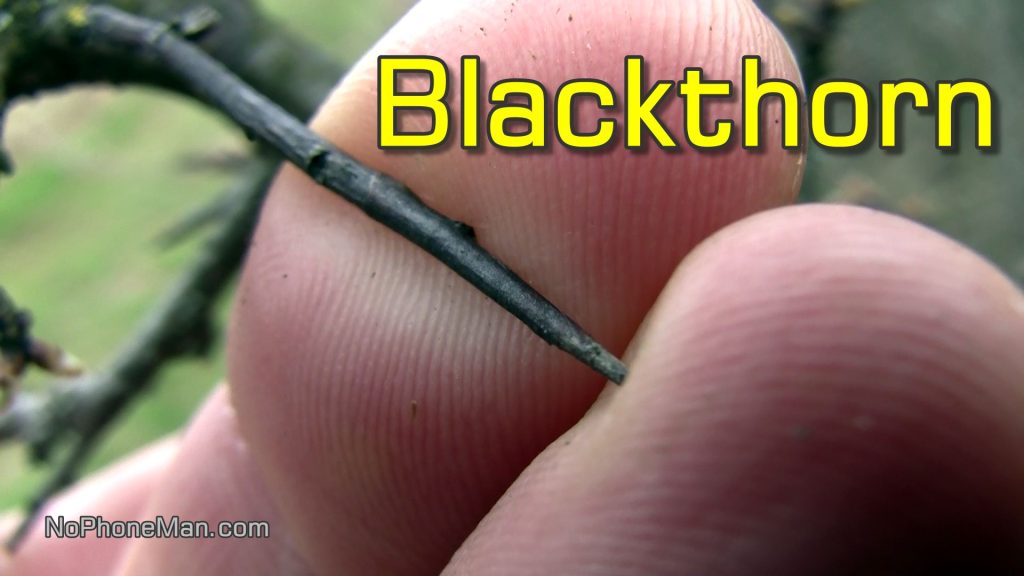 Even though I filmed this video very early in the season, when hardly anything else blooms, leastways not among the trees and bushes, Blackthorn (Prunus Spinosa), also known as “Sloe” in England is all out. Yet in my climate, even though it’s technically already Spring, we get at best +6 degrees Celsius during the day, but -4 at night.

What I’m getting at is that in this type of climate, you wouldn’t be able to plant anything in the garden yet. It would freeze to death by the next morning. But some trees are so hardy and well adapted to the cold, they’re able to bloom despite the ongoing freeze of the early spring.

Blackthorn a deciduous shrub from the Rose family. And like the Rose bushes, it also grows nasty thorns that can do a good number on your clothes as well as skin. But unlike the Rose thorns, Blackthorn’s thorns are not curved, but straight and are longer.

As seen in the video, Blackthorn shrubs tend to grow on the fringes of the woods, where the thicket creates this impenetrable barrier. I mean, the foliage is dense and is riddled with these sharp thorns – you truly wouldn’t get very far if you tried to push your way in through one of those. You’d in fact regret it in a flash.

They seem to like the sunnier spots and within the forest they wouldn’t get the amount of the sun they need. And because they’re a bush rather than a tree, they don’t really grow tall enough so the forest tree canopy would keep them starved off the sun. That’s why you find them on the edges of the forest, not within them.

And this highlights another strength of Blackthorn – aside from being frost resistant, it’s also drought resistant. Seems like whatever you throw at it, it can take it. A truly hardy plant, I’m not kidding.

As you would guess from the name, the bark of Blackthorn tends to be black. The branches however are usually gray and are smooth with dense thorns, as already mentioned.

Leaves are small and grow after flowering, hence no leaves can be seen in the video. Being a deciduous tree, the leaves of Blackthorn shed in the fall and the bush overwinters with the branches bare.

You may remember from my video about the Alder tree, which is similar in that it grows its flowers before it grows any leaves. And Alder grows flowers even earlier in the season than Blackthron. Talk about tough plants.

We are now in April, and as you can see, Blackthorns re already starting to bloom. Some flowers are already fully formed, others are still buds soon to open and go into full bloom as well.

The flowers are white and are on a smaller side. They grow to have a diameter of about 1.5 cm and consist of five petals. Flowers are hermaphrodic, meaning bisexual. Such flowers are otherwise known as Perfect Flowers, because they combine both sexes in one structure.

The pollination of the Blackthorn flowers is done by insects. These flowers produce nectar as part of their reproductive strategy. Which is important for beekeeping.

Once pollinated, these flowers will turn into berries. The berries have purple skin with green to yellow pulp. They have long been used to make jams, wines, distillates or teas. They’re also used in folk medicine. The berries (fruit of the Blackthorn tree) will not grow until the fall. If I get a chance, I will make a video of the berries as well when the bushes produce their fruit.

The flowers themselves are also medicinal. They have a diuretic effect and are also used to treat digestive disorder as well as diarrhea. I don’t currently have a need for Blackthorn flowers in my medicinal cabinet so I’m gonna leave them all be and will return here in the late fall to harvest the berries.

But… no matter how careful you are, harvesting Blackthorn berries is bound to leave you with hands looking like you played with a very scratchy cat. Some people avoid it by placing a sheet under the bush and then smack the branches with a stick until the berries detach and fall onto the sheet. This bush is hardy as hell and can take it, but I still don’t like the idea of beating the plant as you are bound to cause damage to at least some branches this way.

Blackthorn berries when fresh are extremely astringent. And I mean Astringent with a major capital A. They are perfectly edible and medicinal, but astringent like all hell. So astringent in fact, that if you eat one, you’ll get the driest and the most puckering mouthfeel you’ve ever had. You won’t be able to swallow for a while, and you’ll hardly be able to speak.

If I understand it correctly, it’s the high tannins content that gives the berries the astringent properties. Those tannins are reduced after the berries have been exposed to the freezing temperatures. So for direct consumption, it’s best to harvest the berries no sooner than after the first frost of the fall.

In my latitude, blackthorn berries are hardly ever ready for harvest before the first frost anyway, but if you live in warmer climates and want to make the berries palatable, then the trick is in exposing them to the freezing temperatures by storing them in the freezer for a day. They’ll be much sweeter then. Drying the berries also has the similar effect.

So there. Blackthorn, a useful, multiuse actually, shrub that can provide sustenance and medicinal benefits. Plus its wood is hard and durable, so it’s been a choice wood in cane making for centuries. But as I’ve already said, I like to live as much in harmony with nature as possible and don’t like the idea of cutting a branch off a living tree just to have a walking stick. I’d look for an already detached branch instead, or would find another way to obtain a walking stick which doesn’t involve adding a wound to a living tree.

There you go, my friends. Get to know your Blackthorns. It’s well worth it.

At the 02:35 minute mark in the video, you can hear the call of a Common Pheasant (Phasianus Colchicus), a game bird.