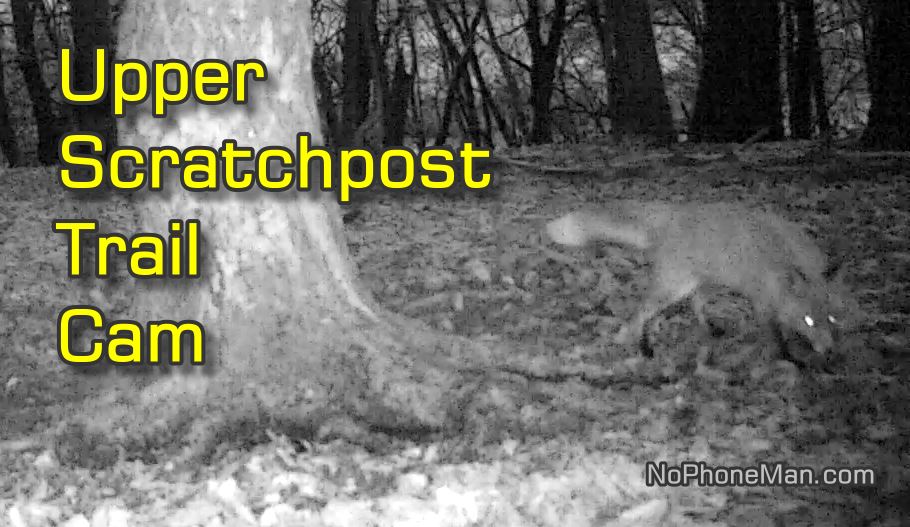 Among the biggest problems I have with the camera is that it doesn’t adjust the intensity of the IR (InfraRed) light, which is needed for recording videos in pitch black darkness of the night, the fact that it doesn’t record any audio, and that it takes 10 AA batteries to power up, instead of the convenient 8.

The AA batteries tend to be sold in the packs of 4, so if your gadget takes 10 batteries like this game camera, it throws your battery supply and management off balance. Moreover, most chargers are made for 4 or 8 batteries. I am able to charge 8 batteries at a time and whereas all my other game cameras take 8 batteries, it works out fine.

But with this camera I can’t just put the batteries in the charger and forget about them until the morning. I have to keep checking until the first batch is already charged up so I can let the remaining two charge as well.

The fact that the cam doesn’t record any audio is pretty much inexcusable for a game camera sold in this day and age. And its inability to adjust the intensity of the IR light further limits its usability as you have to place it on a tree in just the right distance from where you expect the wildlife to be, because if you put it closer, the image will be too bright. If you put it further, it will be too dark. If you don’t have a convenient location for the cam placement at the right distance – tough luck. The video will be ruined.

Seems that because the camera doesn’t adjust the intensity of the IR light automatically and fires up the IR full blast every time a movement trips the motion censor, the camera drains batteries much faster than any other trail camera I own.

It kind of makes sense because the IR bulbs are the major users of the battery power so if the camera needlessly turns on the bulbs at maximum capacity, the batteries will die after a few nights of regular use.

This is precisely what happens with this trail camera. Whereas the batteries in my other trail cameras typically last for a month before requiring a change, this one notified me the batteries were dead and refused to power back up after 4 days of use.

I certainly didn’t expect the batteries to go dead this quickly, so even though I always carry a spare set of batteries with me when I go to check out my trail cameras, I couldn’t replace the batteries in this one because I only had 8 spares with me. Not in the wildest dreams would I imagine the batteries to die this fast.

But on a positive note – when you get the placement of the camera right, the image quality is actually quite decent and the cost of acquiring the camera is comparably low so I still consider the cam a decent buy. I would not buy the same trail cam again, but compared to one of my other cameras which doesn’t suffer the same issues but has terrible image quality, I think this one is actually overall more usable.

Camera Taken Home with Me

It would have made no sense leaving the cam in the woods, because with the batteries dead, it would record nothing, so I decided to take it with me in order to replace the batteries at home and leave it near the house until my next trip to the same location.

I am planning to go to the sett of the badger pair, which is a hike of about 8 kilometers each way and requires whole day to complete it there and back, and that contributed to my decision to take the camera with me. Leaving it dead in the woods until I return with a new set of batteries 2 days later would make absolutely no sense.

While the camera was up and running, it captured a family of razorback wild boars (Sus scrofa) using the scratchpost really hard, but also a few red foxes (Vulpes vulpes) and some roe deer (Capreolus capreolus).

The compilation of videos captured by the trail cam is at the end. The background music used for the compilation is my own guitar solo. It’s an improvisation played on the guitar to a rock’n’roll backing track. It was performed and recorded live before a live audience. There is no studio recording of this musical piece.