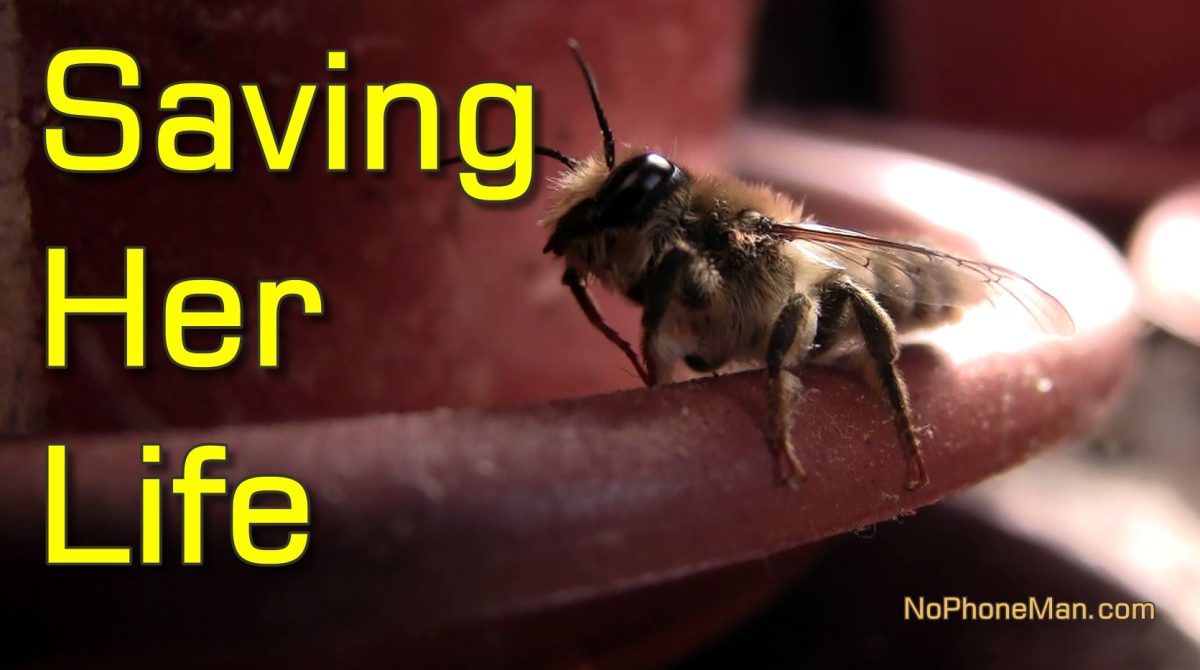 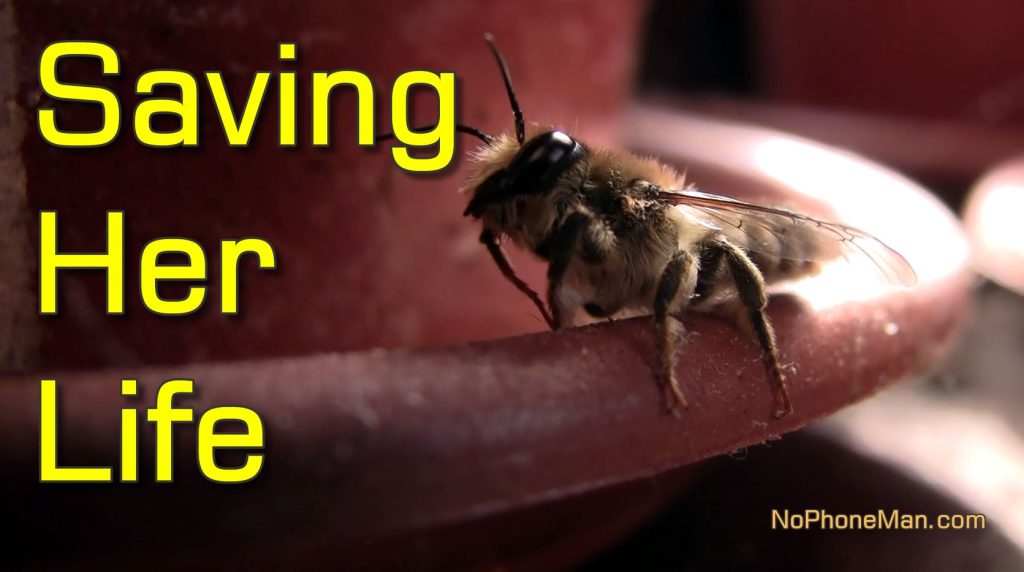 As I was returning home after dusk on a cold winter day, I noticed a lone been on the porch. She was motionless. It was 0 degrees Celsius outside at the time, and whereas the night has just begun, the likelihood of the upcoming freezing temperatures was high.

I knew right away that the cold-blooded solitary bee was not gonna survive outside without my help. She was already paralyzed by the cold, and was unable to return to the safety of her underground hole she flew out of for some reason.

So I brought her into my room where I maintain the comfortable temperatures of about 20 degrees Celsius. I left her alone for a few hours to give her a chance to recover from the freeze outside. She remained motionless the whole time, but there were signs that she was alive, so I kept my hopes high that my mission to save her life would eventually bear fruit.

Even though as a general rule of thumb I don’t really like insects in my room, the rule applies to annoying insects, like house flies or mosquitos.

Other insects are actually welcomed. I do, for example, have a colony of lady bugs living with me and they don’t bother me at all. They do their own thing while I do mine, so we share the room without making each other’s lives miserable.

Even though I don’t have any experience tending to the bees, I thought my room could actually be a suitable habitat for her for now, because it’s full of house plants, seedlings and all manner of flowers that can provide her with sustenance. I also have a source of still water, because I sprout a sweet potato to plant when it gets warm, and I keep clean water in its container.

Once enough time has passed to make it look like the bee was no longer freezing to death, I started filming the rescue mission and began by attempting to get the bee on a sheet of toilet paper in order to move her from my bed onto the Clivia plant.

The Clivia recently blossomed and produced about a dozen red flowers. This is the first time my Clivia bloomed like that and it made me very happy. I do not know whether the fact that I grow her at home affects her production of pollen, but her flowers seemed like the best initial source of food for the bee.

So I tried to move the bee onto one of the flowers, but she was still unable to move. Consequently, I laid the toilet paper on which she rested on the pots with seedlings and moved the flower to her.

I also have a healthy Chinese Hibiscus (Hibiscus rosa-sinensis) in my room, and it has just formed a bud, but the bud has not opened up yet and looked like it may need another couple of days before it does. Once that flower opens up, the bee may be able to feed off it too, but because that was a few days away, the Clivia seemed like the best choice for now.

Seeing as the bee was too exhausted and shocked from the exposure to the outside temperatures, I left her alone with the flower beside her and did my thing.

I also thought that maybe the reason why she was so inactive was because she instinctively knew it was nighttime and that’s the time when the bees sleep. At least that was my hope, as I really wanted to see her survive the ordeal.

When I was ready to turn in, I checked the bee only to find out that she was not on the toilet paper anymore. And I could not see her anywhere else either. Not anywhere nearby, not on the ground – she’s gone missing without making a sound.

I wasn’t sure what to make off it, but I decided not to freak out and went to sleep. The following morning I saw no sign of her either. With so many plants in my room, there are plenty of spots for her to conveniently hide, so once again, I wasn’t making a big deal out of it, and set out to do my rounds in the forest.

When I returned from the forest, the bee was back on the toilet paper and even though still not fully mobile and capable of flight, she looked more lively than the previous night.

That made me very happy. I grabbed a lunch and after the lunch, I saw the bee on one of the seedling pots. She was crawling, which was the most movement I saw her make since I’ve found her. Moments later she even spread her wings wide, which I again took for a positive sight, as previously she’d kept her wings by her side.

Again, I don’t know much about the bees, but all things considered, my mission to save her life seems to be bearing fruits. At least for now. This is however a long shot. Winter is far from over and I don’t know if she can last in my room until the temperatures get safe enough for her to go out on her own.

I tried. She’s now free to use my room anyway she pleases and I give her enough space to go about her business to not feel too stressed out. I did film her for a bit in order to produce the video, but most of the time she’s left alone as she pleases. This is my opportunity to learn more about solitary bees and hopefully while I’m at it, I’ll save a life of one who would have died otherwise. I hope for the best.

3 thoughts on “My Mission to Save Life of Solitary Bee”