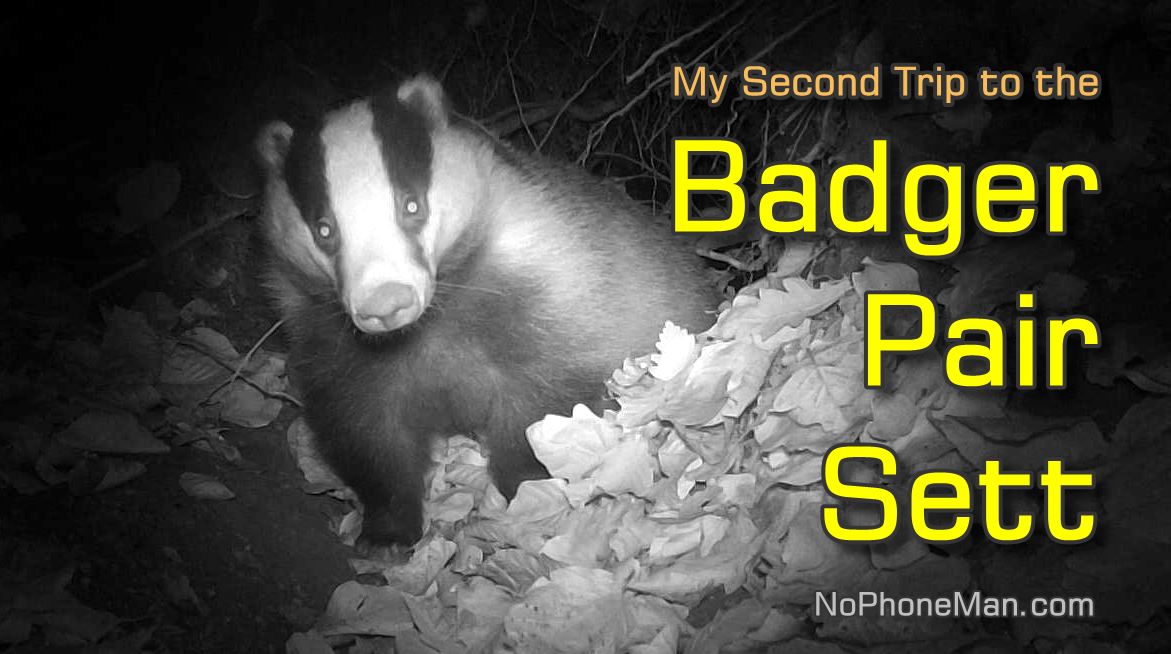 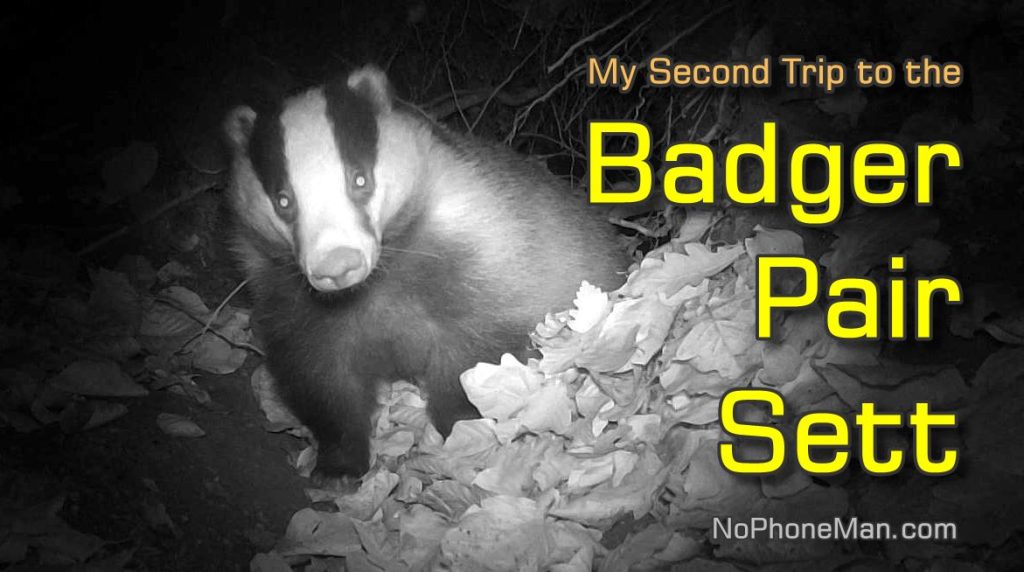 I have been monitoring the sett of the European Badger pair (Meles Meles) for almost a year. This is however only the second time I documented my trip to the sett on video. The first document was part of the Injured Badger Hole Series, Episode 06. I made plans and announced the intent to go to the badger pair sett again when I was filming the latest upper scratchpost video.

It’s a long hike to reach the badger pair, about 8 kilometers in fact, but the trail passes through beautiful scenery so unless I don’t feel well for whatever reason, the trip, despite being long, tends to be a joy. This time however, winter really set in and not only was there snow on the ground, the temperatures dipped to -14 degrees Celsius so it was really nippy outside.

Wildlife Along the Way

The large field sprawling over the ridge of the mountain I have to cross to reach the other side of the forest where the badger pair lives often has deer feeding on it, and it was no different this time around. The roe (Capreolus Capreolus) spotted me while I was still far away, but did not take off until I made it clear that my direction is toward them.

Shortly after the deer ran into the safety of the woods, a crow with something in his beak flew by. I was able to capture him in flight on camera as well.

Even though it was freezing outside, the sun came out by the time I arrived at the sett. The sun makes every weather condition more bearable.

The trail camera at the sett was still there, which is always a welcomed sight. Due to the distance to the sett, I don’t go there as often so at times I worry if during my absence, something happens to the camera. That’s mostly triggered by my earlier experience from the sett of the injured badger, whereby the original trail camera I had there vanished and remains missing to this day.

The footage from the game camera revealed that the badger pair continues to venture out of their sett even through the winter. Granted, they don’t come out when it’s too cold or when the snow is deep. They reserve their trips out for days when the temperatures rise and temporarily melt the snow.

When the fallen leaves around the set get dry enough, the male badger drags them into the sett for insulation and comfort.

Despite leaving the sett in winter, the pair never ventures too far from the sett. They only do that in warmer seasons. They do snoop around if by some chance a worm turns up so they can feed on it, but if not, they continue surviving on their fat reserves which carry them through the winter thanks to the decreased physical activity.

Considering we’re about half way through the winter, the badgers still have decent fat reserves so they’re well set to survive the harsh season. They also like to keep their sett clean, so their semi-occasional trips out allow them to poop and pee outside, instead of inside their home.

It was definitely good to see them still healthy and well, without any visible injuries. They are handling the winter without difficulty and I expect them to make it through the rest of the season like a breeze. They really make me happy. Especially now that I have most likely lost the injured badger.

The music used for the compilation of the trail camera videos is my original song. It’s an instrumental music in D-minor which I composed and performed live before a live audience, where it was recorded. There is no studio recording of this musical piece.