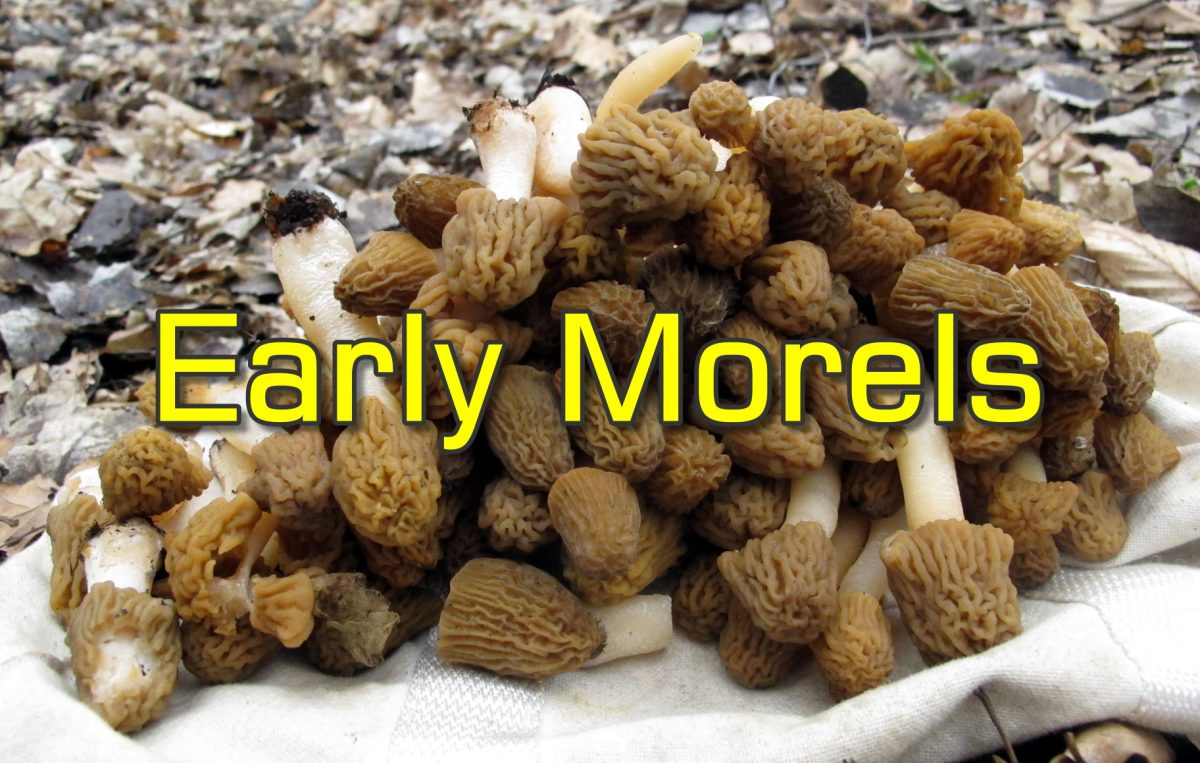 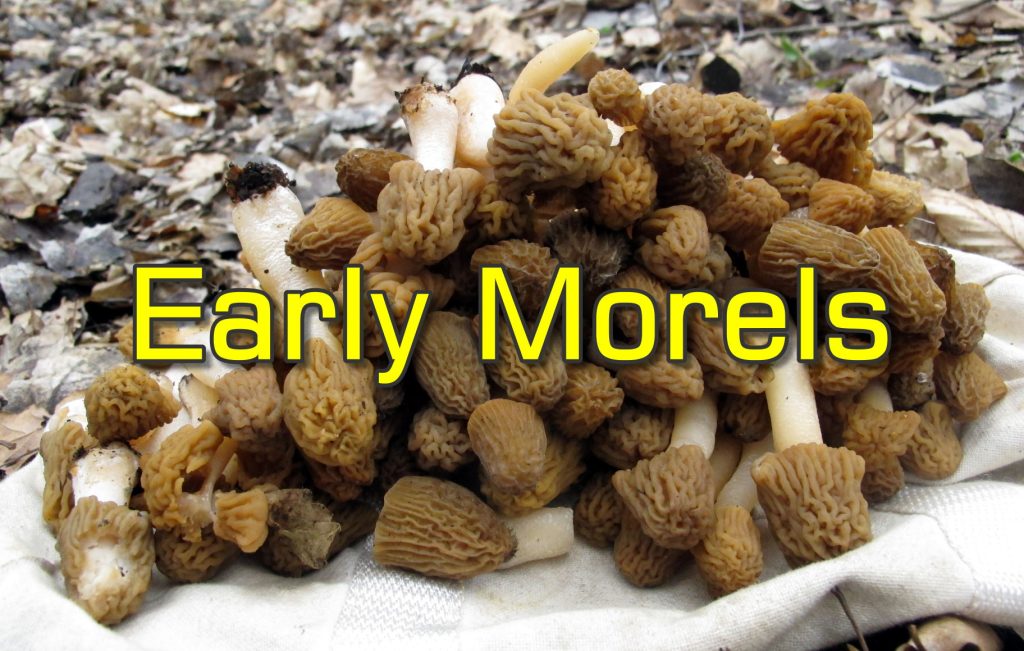 Today I’m taking you mushroom picking and we’re after Early Morels. Alongside True Morels, Early Morels are among the first substantial edible mushrooms of the year (unlike Scarlet Elf Cups, which are also early season mushrooms, but very scarce and rather small, and thus unsubstantial). They grow in early spring and are delicious. They can be cooked in many different ways, but I found they’re best in soups, as they give soups the amazing flavor and the aroma.

Both Morchella and Verpa mushrooms look similar, but they differ in that True Morels have a cap fused with the stem, whereas Early Morels have caps that hang free from the stem. Hence the two are a separate genus.

And since this delicious treat known as True Morels is so rare and generally impossible to cultivate commercially, the only way to have some is by knowing a rare spot where they grow. Unless of course you’re willing to shell out big.

That being said, I have recently heard some scientists from Denmark eventually found a way to cultivate True Morels at home, which if successful, would set them up for nice revenue. But they keep their method a secret and for us, mere mortals, the only realistic way to get True Morels is by lucking out on a walk to the woods.

Unfortunately for me, I have not had the luck of finding True Morels in my woods. But I’m very appreciative of the less valued, but also delicious Early Morels.

The Latin name of this tasty fungus, which is Verpa Bohemica, is derived from the word Bohemia, which is a part of the Czech Republic. It is widely distributed throughout the Czech Republic and the surrounding countries, but can be also found in Asia and North America.

How to Identify Early Morels

The mature fruiting bodies grow to be about 5 to 20 cm tall. Of that, the cap is only about 1 to 5 cm tall and has an irregular shape, typically conical, or bell-shaped.

The cap is hollow, open at the lower end and quite thin. The outer surface of the cap is notably wrinkled. The wrinkles are more or less vertical, they’re wavy, and form twisting ridges which can be several millimeters deep. The ridges sometimes fork out and fuse together with nearby ridges.

The outer side of the cap ranges in color from yellow-brown to red-brown. It’s lighter in immature specimen, but turns darker brown as the fungus matures. Only at the very top is the cap attached to the stem.

The stem is irregularly cylindrical. When the mushroom is young, it’s quite shorts, but extends significantly as the fruiting body matures. It tends to be 1 to 3 cm wide, narrower at the top, and is cream-white in color. It is hollow. The cavity is filled with a thin white wooly mesh.

The flesh in the whole fruiting body is fairly thin and quite fragile. Both scent and taste are pleasant.

Normally, Early Morels fruit from March to April, but as one country after another clocks the coldest years in history of late, here we are at the end of April and Early Morels are barely starting to show up. Most of the usual spots where I know they grow have not produced any fruiting bodies yet. Only the south-facing slopes that get more sunshine and are kept warmer by the thickets have produced some.

They like deciduous woodlands and when the mycelium begins to produce fruiting bodies, they only appear within that location for up to maybe 14 days. But if you do get there within that short time window, there’s usually a whole bunch of them in a fairly compact area.

What that means is that with Early Morels, you can quickly fill up your bag without the need to walk around and look.

Per usual, Wikipedia warns that some individuals may be allergic to Early Morels so if you decide to eat this fungus, try only a small amount first. And always parboil all fungi prior to eating, discarding the water.

Where I live, Early Morels are a sought-after fungus that everyone loves and after centuries of eating it, nobody’s heard of anyone getting sick from it. Unless you count getting sick of other people picking up the mushrooms before you, so they’re forced to return home empty handed and no delicious soup for you today.