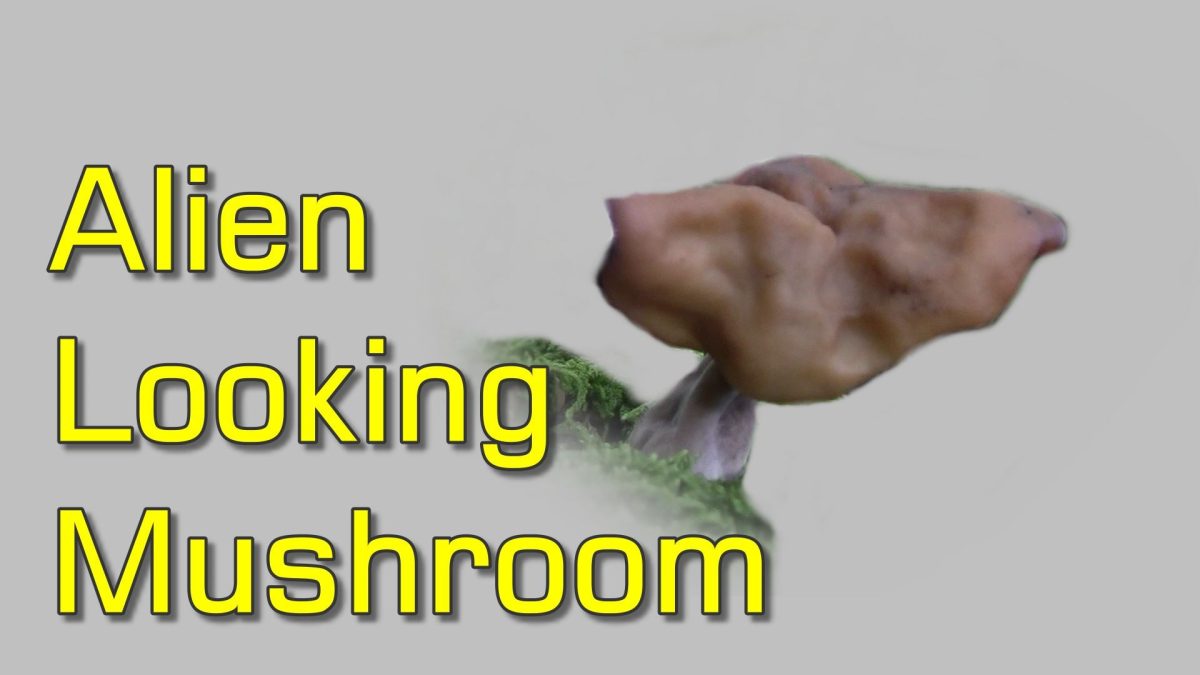 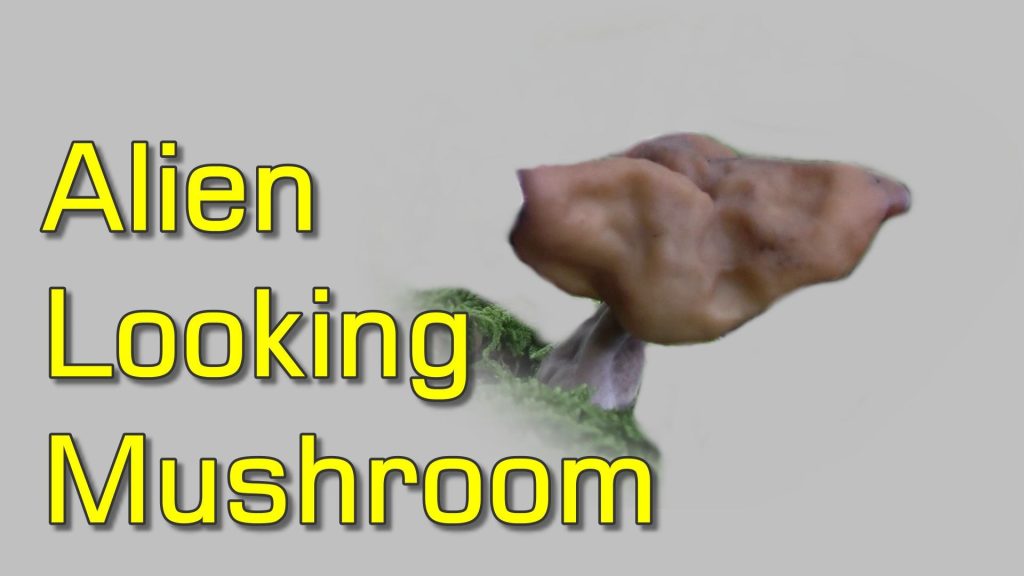 I take walks through the woods where I live every day. And every day I get amazed by the splendid variety of fauna and flora I encounter.

Earlier this fall, I came across a weird looking fungus the likes of which I had not seen before. It almost seemed alien looking.

I was pretty sure right off the bat that the most likely genus of the alien-looking mushroom is Gyromitra, from the family Helvellaceae. I could not think of another fungi genus that would look anything like this, but as always – I’m not a mycologist so don’t rely on me for correct mushroom identification and please read my Mushroom Disclaimer.

I had to take a closer look at the Gyromitra genus of fungi when I returned home, and based on my research, it would seem that it’s most likely a Gyromitra Infula, commonly known as the Elfin Saddle mushroom, or the Hooded False Morel.

As a group, the Gyromitra family of mushrooms is casually referred to as “false morels“, because they somewhat resemble the shape of the highly prized and delicious to eat Morel mushrooms (of the genus Morchella).

Most of the Gyromitra mushrooms are considered poisonous, because one of the active agents in the fungus, called Gyromitrin, when metabolized is hydrolyzed into Monomethylhydrazine (MMH) – a toxic compound used in some rocket fuel formulas.

Still, even Wikipedia admits that some Gyromitrin containing species of the genus are popular delicacy in many parts of the world, including Scandinavia, Eastern Europe, and the Great Lakes area of the USA and Canada.

One of the Gyromitra mushrooms – Gyromitra Esculenta – which also contains Gyromitrin, derives its name from the Latin word “esculenta” which means “edible“.

Aside from their common moniker of “false morels“, Gyromitra mushrooms are known by many other names, such as false peckerheads, death verpas, beefsteak mushrooms, brain fungus, turban fungus, elephant ears, reds, etc.

“Brain Fungus” makes the most sense to me, because the mushroom’s irregularly shaped convoluted cap with brain like folds does resemble the grey matter.

I have to admit that I was intrigued by the idea of harvesting, cooking and eating this false morel, but eventually decide against it. I mean – there’s a lot of scare tactics against consuming Fly Agarics (Amanita Muscaria), yet there is thousands of years of documented history of consuming Amanita Muscaria and enjoying the benefits of the expansion of one’s consciousness and the ability to see what cannot be seen with bare eyes, so why would false morels be that much different? They too have a long and documented history of consumption in some parts of the world where they are considered a delicacy. Maybe they require to be correctly cooked by par-boiling in order to deactivate the toxic compound, but then again – what do I know?

Either way… please don’t listen to me when I ramble about mushrooms listed as toxic by guides. I’m not a mycologist and I’m not even 100% sure I identified this one correctly. Better safe than sorry.

After finding my first Gyromitra mushroom and returning to check on it two days later, I found another one, much bigger and older, on another decomposing log not too far away.

I wished I had found that one sooner, because by the time of my discovery, it was already quite old and bore signs of damage, possibly from animals.

I then returned to the first find some two or three weeks later, after the frost set in, and found the mushroom bent out of shape and drooping. Perhaps from the frost, perhaps from the old age, the mushroom reached the end of its life cycle, but I was still impressed by a fairly long lifespan for a fungus. Most fungi I encounter are fast to grow, but also fast to decompose. They can literally grow into almost full size overnight, but if you’re a forager and don’t pick them up within a few days, you may find just a mushy mess in its stead.

I’m happy to share the video of this exciting find. There’ll be more mushroom videos to come.