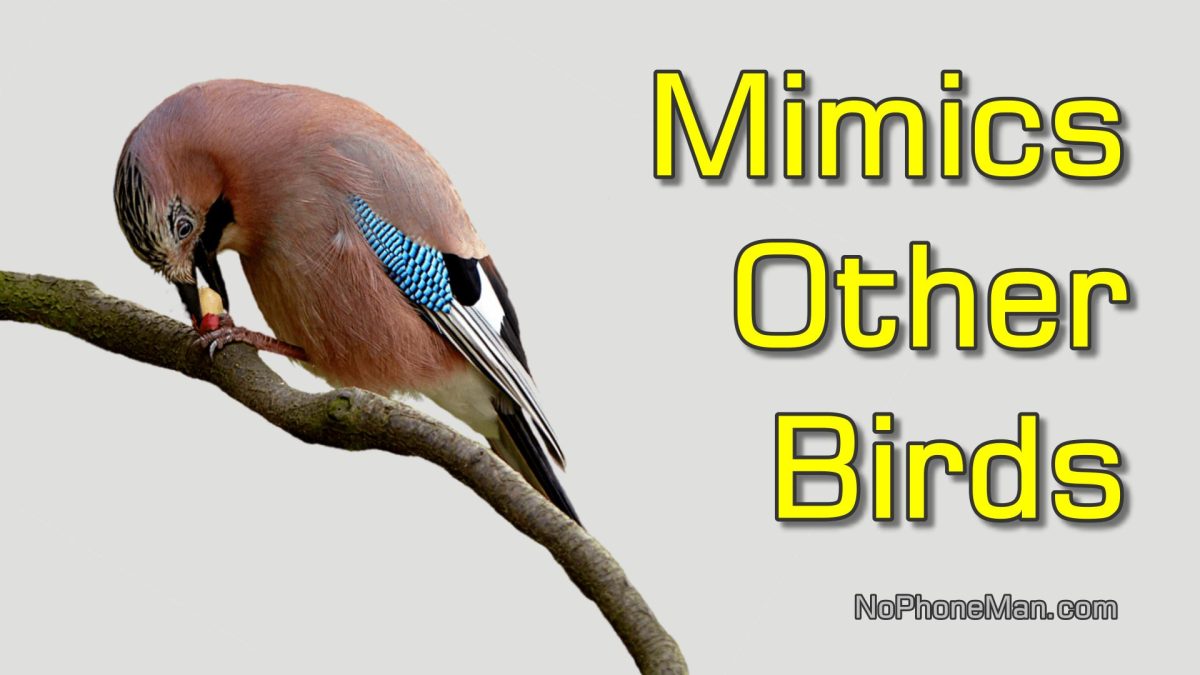 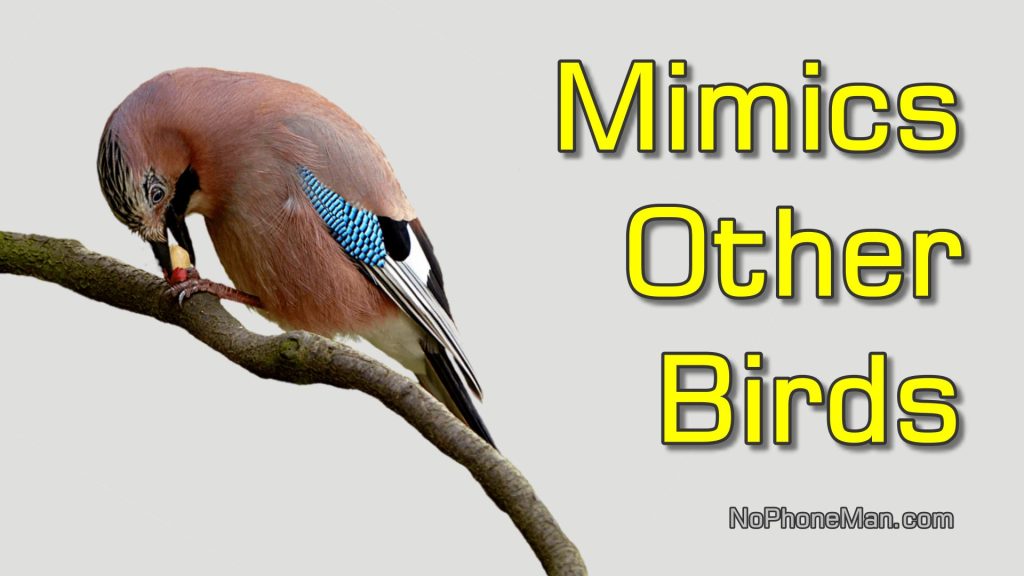 When I was filming the video about the Scarlet Elf Cup, my narration for the video was interrupted a few times by a call of a Eurasian Jay mimicking a Buzzard. I made a video about Common Buzzards as well. They are the most wide spread bird of prey in my part of Europe.

In this video I introduce the Eurasian Jay, the bird who can perfectly mimic the call of the Buzzards, but also the songs of other birds. But it’s her mimicking of the Buzzards the Jay’s are so exceptional at, that unless you see the bird making the call, you could hardly tell if it’s an actual Buzzard of a Jay.

The Eurasian Jay (Garrulus Glandarius) is a passerine bird belonging to the Corvid family of birds. That means they are related to such birds as the Crows, Ravens, Jackdaws, or Magpies.

This should explain the Eurasian Jay’s typical and most characteristic call, which is a harsh screech.

The plumage is usually reddish-brown. On their face they have a black mustache. The tail is black, and so is the beak. The feet are pink-orange.

On their black and white wings, the Eurasian Jay has a famous blue feather with black cross strips, which are frequently used as ornaments on hunting hats.

On top of their heads they have crested feathers with black tips, which they erect when upset.

Males and females do not differ much from each other. Young Eurasian Jays are darker and less colored.

In flight they show a striking white spot over their black tail, and wide wings with white field and deep blue feathers pierced with black and white strips. Their flight is heavy, usually following wavy patterns. They hop when foraging for acorns and beechnuts on the ground.

Aside from their exceptional mimicry of other birds, they are also capable of imitating goats, and even the sounds of an ungreased wheelbarrow, creaking stairs, clanging of swords, and other such sounds.

Eurasian Jays are very shy birds who don’t care much for the proximity to humans. In my woods, they are easily heard by their screeching call, but not easily seen. They fly away long before you could approach them within distance suitable for photography.

Their shyness makes them very difficult to film, as unlike most birds, they don’t just fly a little away if you get too close. They fly at the slightest sign of a human before he gets anywhere near what could be close, and fly so far away, you could never catch up to them.

Despite being this shy, I have been able to capture them on a few occasions and put together the compilation of my encounters in the videos below. Those however do not show the many hundreds of attempts at filming them I have made, which turned out fruitless because of how shy these birds are.

Still, I love coming across Eurasian Jays. There’s no end to surprise calls they amaze me with.