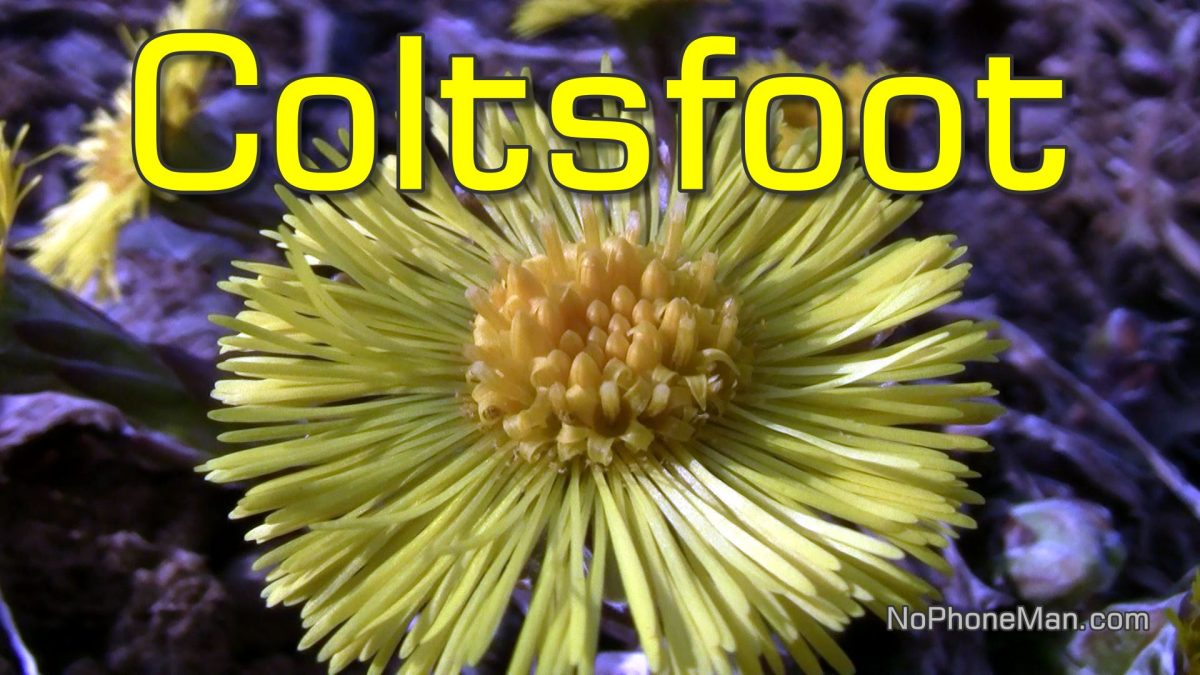 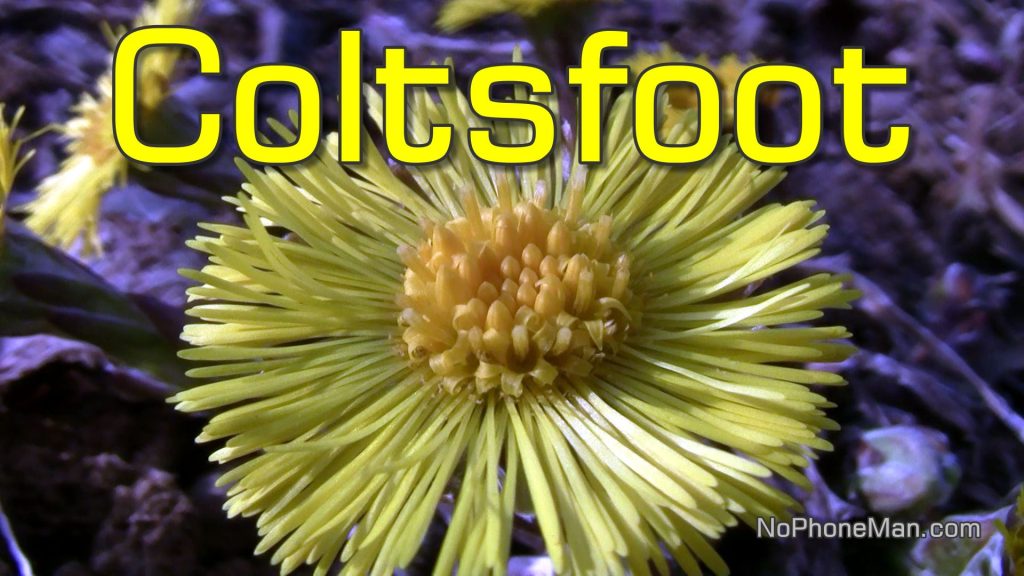 I want to tell you about the herb which has a documented medicinal use going as far back as Ancient Greece or the Roman Empire. The herb is Coltsfoot (Tussilago Farfara).

Coltsfoot is an early season plant which usually blooms between March and April. It’s perennial, meaning it grows year after year from the same root system.

The root system itself is an underground creeping scaly rhizome. Underground protrusions of the rhizome are often in length of over 1 meter.

You can find single stalks of Coltsfoot growing, but most of the time they erupt in clusters.

The stems are straight, thin, and are covered with scaled leaves which take these pinkish-violet hues. The stems are 5 to 15 cm long, but can reach up to 30 cm while seeding.

On top of the stem is a single yellow/golden flower, on average 2-3 cm in diameter, composed of central tubular ray florets, and abundant edge ligules (ligulate corolla of a ray floret).

The flowers of Coltsfoot somewhat resemble the flowers of the Common Dandelion (Taraxacum Officinale). However the stems of the Dandelion are hollow and not covered with scales, and they ooze milky latex.

The leaves are simple, petiolate (have a leafstalk), arranged in the ground-level rosette, and generally don’t appear until the flowers finished blooming.

The young leaves are white on both sides and covered in tiny hairs. The upper side becomes smoother with age.

Why Is It Called Coltsfoot?

The plant is called Coltsfoot, because its leaves apparently resemble a colt’s foot. A colt is a young horse, so that means the leaves look like a foot of a young horse.

Except I can’t show you any of the plant’s leaves, because this plant is a bit unique in that it doesn’t grow any leaves until it has finished blooming and disseminating the seeds.

The plant’s Latin name is Tussilago, which refers to its healing capabilities. The word tussis means cough, and the word ago means to ward off. So Tussilago would suggest that it’s a plant which wards off cough.

Where to Find Coltsfoot

As far as its preferred habitat, Coltsfoot likes wet soil so it’s often found near water, on the banks of streams and in ditches, but it has no issues growing on disturbed soil like you see here, and you can also find it on fields and meadows.

Thanks to its growing season, it doesn’t have many plants to compete with so the range of habitats can be quite broad.

For medicinal purposes, I harvest the flower in full bloom. I leave behind buds which have not opened up into a full flower yet. They will be available for harvest in a day or two.

The flowers dry quickly in a shade and can be then mixed with other herbs for a medicinal tea. They don’t have any discernible scent. Their taste in an infusion is slightly bitter.

Being a medicinal plant, Coltsfoot is noted for its antiseptic and anti-inflammatory properties. Traditionally it’s been used to treat the inflammation of the upper respiratory tract, and to help clear phlegm from the airways.

Decoctions from leaves have been traditionally applied to burns, swollen and sore joints and to poorly healing ulcers.

Despite centuries, in fact millennia of use as medicine, the English Wikipedia page warns that Coltsfoot contains pyrrolizidine alkaloids which are toxic to the liver.

I myself am not aware of any documented case of poisoning by Coltsfoot, and the two alleged cases were proven to be the result of mistaken identity. Even Wikipedia admits that much.

The Herbarium of medicinal plants from the Czech Republic notes that the alkaloid content in Coltsfoots flowers is low to begin with, and that already low content drastically decreases with drying, which is what most people do after collecting Coltsfoot anyway.

Another traditional use of Coltsfoot in the Slavic countries is by rubbing an open flower on the eyelid in order to rejuvenate the tired eyes after the long winter season.

Either way, keep in mind that I’m just a guy on the internet so you should only use the content of this video for educational and informational purposes on history and identification of Coltsfoot. Do not take any Coltsfoot unless on advice from a licensed healthcare practitioner. For further information please see my disclaimers HERE.