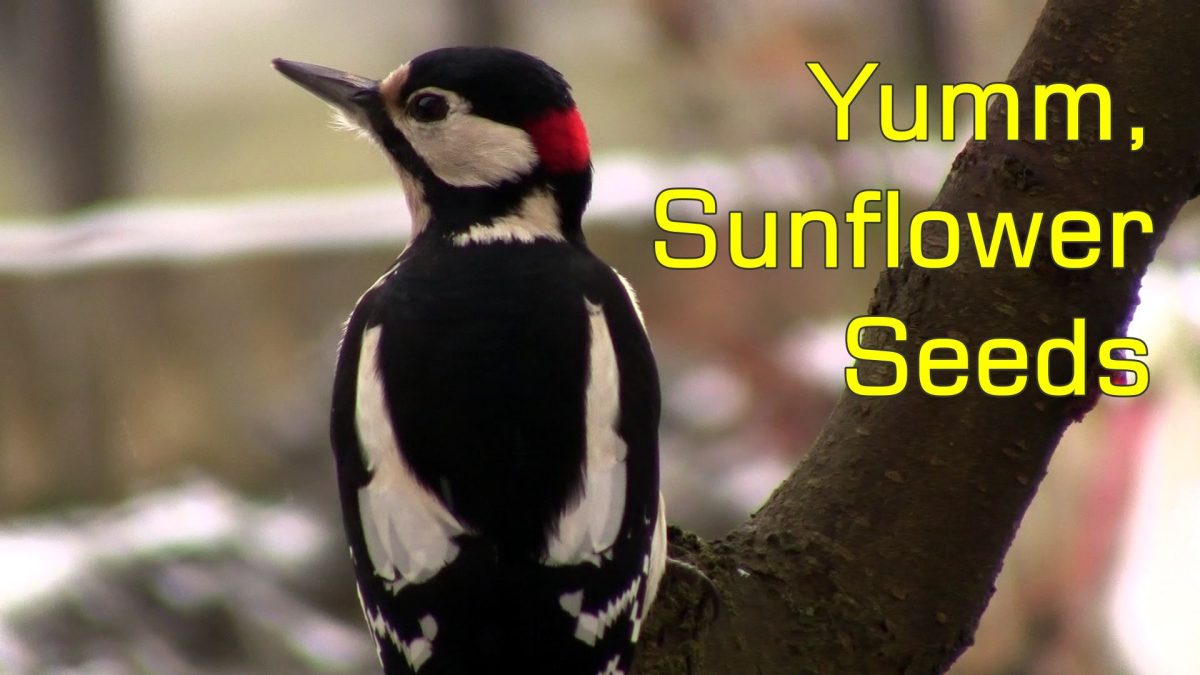 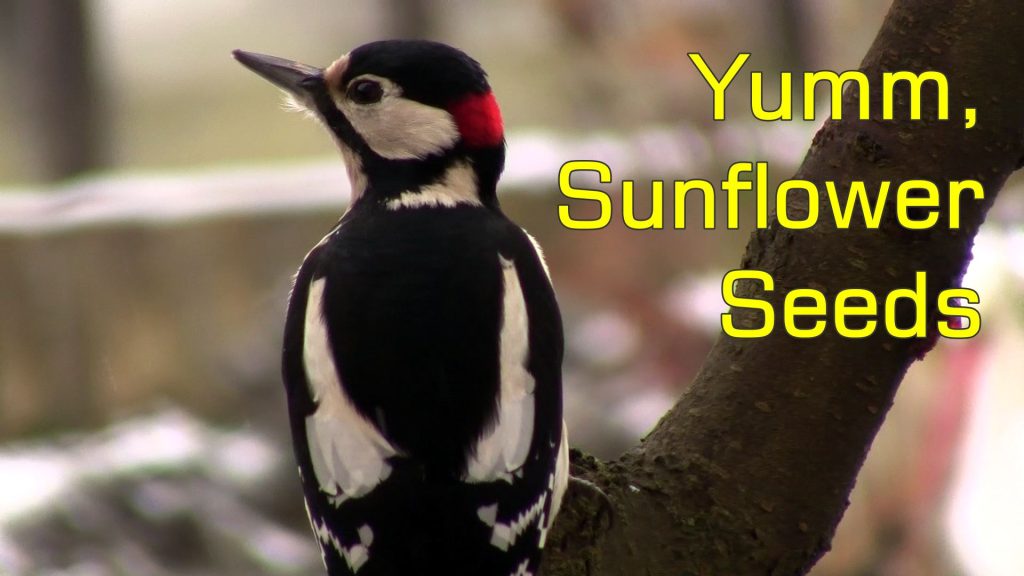 Feeding birds in winter is what I do for the little fellas when the snow covers the ground and these non-migratory passerines, who brighten my days with their beautiful songs, have a hard time finding their own food to survive the harsh cold months.

I started feeding the birds by filling the birdhouse on a peach tree beside the thujas where they nest with shelled and unshelled sunflower seeds. Later on, I also purchased fat balls to give the birds the extra nutrition and energy while they battle the winter season.

From the beginnings, it was only the Tits (Great Tits, Blue Tits and Willow Tits; in Latin: Parus Major, Cyanistes Caeruleus and Poecile Montanus) who took advantage of free food, but they were soon joined by Tree Sparrows (Passer Montanus). After a few days, however, a Great Spotted Woodpecker (Dendrocopos Major) landed on the peach tree and munched on the seeds as well.

The Great Spotted Woodpecker is the same species of woodpecker as Decker. But my house is without the limits of Decker’s range, so the visitor to the birdhouse could be either his cousin, or is completely unrelated, besides being the same species.

Woodpecker Is Less Weary Than Tits

When filming the Woodpecker feed on the seeds, it was easily observable that unlike the Tits, he’s noticeably less weary.

Tits are small birds and that makes them a popular target of raptors (birds of prey). Their small size adds to their agility which they use to quickly grab a seed and just as quickly disappear by returning into the impenetrable thickness of the nearby thujas.

The Great Spotted Woodpecker on the other hand, does not fly to safety after grabbing a seed. Instead, he just jumps to the nearby branch to unshell and eat it there without being disturbed.

That made the woodpecker easier to film, but while he’s less weary of raptors, he’s more weary of humans than the Tits are. The Tits continue visiting the birdhouse even when I’m right beside the peach tree, but the woodpecker flies away at the slightest hint of my presence. For that reason, I blew a number of opportunities to capture him on video because I thought I could pull it off the same way I do with the Tits – by standing beside the tree with the camera.

Thus, after a number of botched attempts to film the bird, when I next saw him, I stood behind the window inside the house and filmed him through the glass. That’s the reason why there is no audio of the birds’ activity and that’s also why the colors and the sharpness of the pictures seem a bit muted.

Nevertheless, I enjoyed filming the woodpecker and am happy to share the footage I got of him with you all.

I used my own guitar solo as background music for the videos of the Great Spotted Woodpecker. It’s an instrumental song composed and performed by me. It was recorded live before a live audience. There is no studio recording of this musical piece. I hope you enjoy.