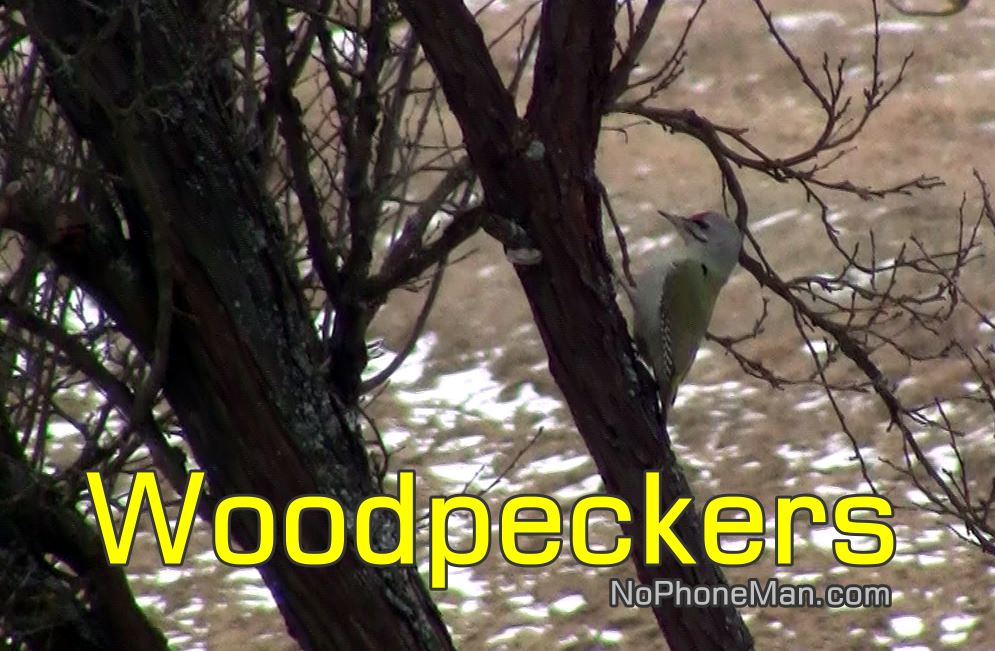 Woodpecker Decker, who was introduced in Episode 01 of My Adventures at the Injured Badger Hole, and given a name in Episode 07, has been my most loyal wilderness companion in part of the forest surrounding the sett of the injured badger.

Being a Great Spotted Woodpecker (Dendrocopos Major), he’s strongly territorial. It’s in his genes. He was very shy of me from the beginning, but eventually got used to me and later on, began to follow me around.

Because of how strongly territorial he is, he never flies out of his territory and defends it vigorously from other woodpeckers.

Even though I see him chiseling overhead pretty much every time I wander into the injured badger’s sett area, I have never known where exactly he nests. But I think the recent discovery of bird droppings may have given away his nesting location.

The Great Spotted Woodpeckers are non-migratory, meaning they don’t fly to warm climates for winter. A lot of birds I see in the woods do migrate, but woodpeckers stick around regardless of how cold it gets. Other than the woodpeckers and a bunch of predatory raptors, I only have a flock of tits living in the part of the forest where Decker operates. But the tits tend to aggregate more at the edge of the forest, rather than within it.

For this reason, my recent discovery of bird droppings concentrated around a small area suggests to me that they were most likely pooped out by a woodpecker. If it wasn’t winter, a broad range of birds would have to have been considered. But in this specific part of the woods as well as in this specific season, the chances are the highest that the droppings are that of a woodpecker.

As such, I believe I may have found Decker’s nesting location, even though woodpeckers are known to chisel out a new hole in a tree as a nest for breeding. They scarcely reuse already used cavities. And his season to find a mate is now.

The fact that the bird droppings I found were white doesn’t really tell me a whole lot about what bird they came from.

Because unlike mammals, birds do not have a separate opening for urine and one for feces, the waste exits their bodies through the same opening as a mixture of both. The organ used for waste elimination is called the “cloaca“.

Most birds also use cloacas for mating, whereby they join their cloacas in what’s known as a “cloacal kiss“, and the sperm is then transferred from male participant to female.

Unlike mammals, who mostly excrete wastes in the form of urea, birds convert it to uric acid/guanine, which forms the white paste typical of bird droppings. Because bird’s urine and feces exit through the same opening, the uric acid rich pee forms the white stuff, while the poop is the darker mass sometimes seen in the center of the white stuff.

I will have to keep an eye on the possible nesting location to either confirm or correct my suspicion that it’s where Decker sleeps.

While I’m on the topic of woodpeckers, I included a compilation of random woodpecker videos I have filmed over the course of the season.

The woodpeckers in these videos are not Decker. Those are different woodpeckers, but most are of the same species: the Great Spotted Woodpecker (Dendrocopos Major).

The Great Spotted Woodpeckers are fairly common across Central Europe, but at the end of the compilation, I have also included a video of a less common relative: the Grey-Headed Woodpecker (Picus Canus).