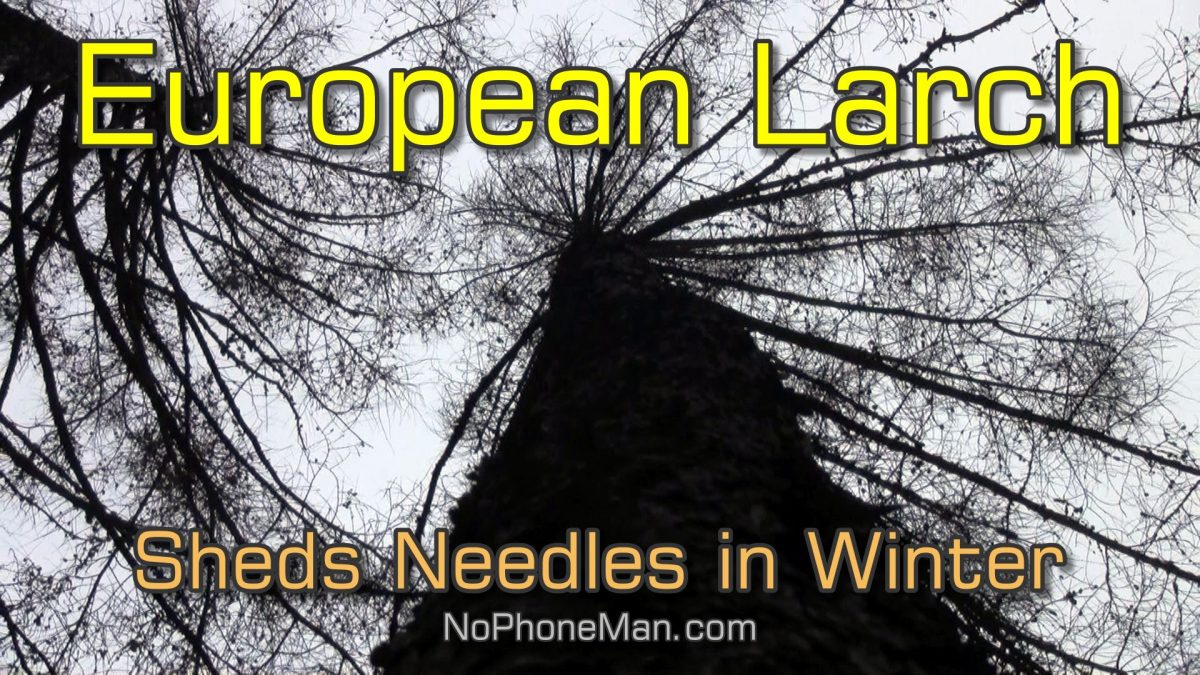 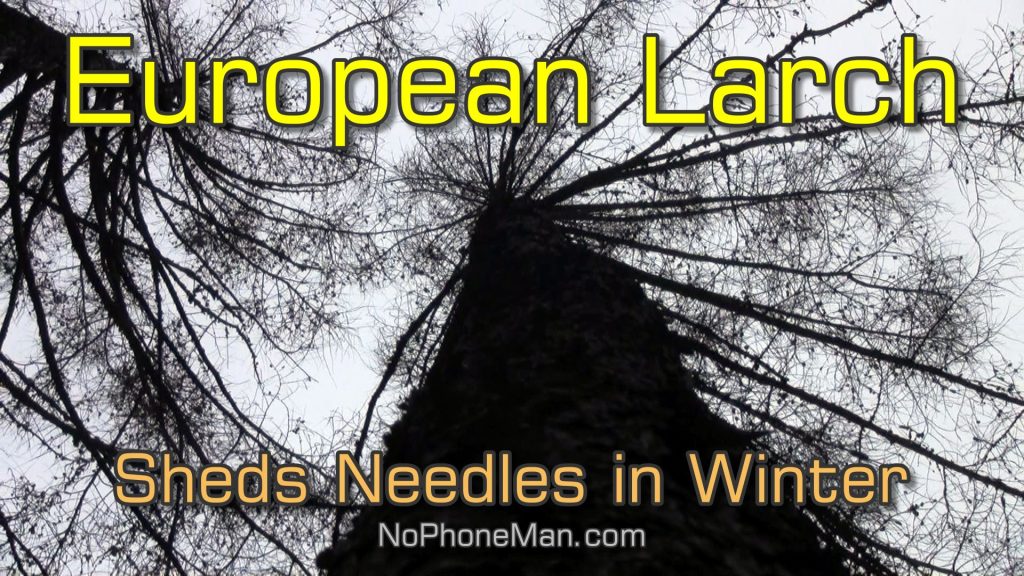 In this video I introduce the European Larch (Larix Decidua) – a remarkable coniferous tree, one of few conifers which shed leaves (or in this case – needles) for winter.

In Central Europe where I am presently located, it is the only coniferous tree whose leaves fall off at the end of the growing season. And it is a fairly rare tree. In my woods, I’m only aware of this one patch where I have a total of six specimen growing.

European Larch wood is very durable and as far as I understand, vastly resistant to fungus, acids and bases.

Thanks to these qualities, the European Larch wood was used for centuries to make water pipes. Currently it is used as a building material, for the production of windows, doors and furniture, and for interior decoration of buildings.

The resin of the European Larch, unlike the pine resin, does not crystalize. In the past it was known as “Venice Turpentine” and was used in massages to relieve rheumatic pain and other ailments.

European Larch in My Woods

The six European Larch trees growing in my woods are all located in the same spot, adjacent to one another. They compose what I call the Lower Scratchpost.

The lower scratchpost area is basically a European Larch area. But because I don’t have the Larch anywhere else that I’m aware of (granted, there’s no way to intimately know every single tree in a 10×6 kilometer forest), the upper scratchpost, albeit also a conifer, is not a Euroean Larch. It is a Scotch Pine (Pinus Sylvestris).

The instrumental guitar music used as background for the compilation of the European Larch trees is my own original composition. It was performed and recorded live before a live audience. There is no studio recording of this guitar solo.