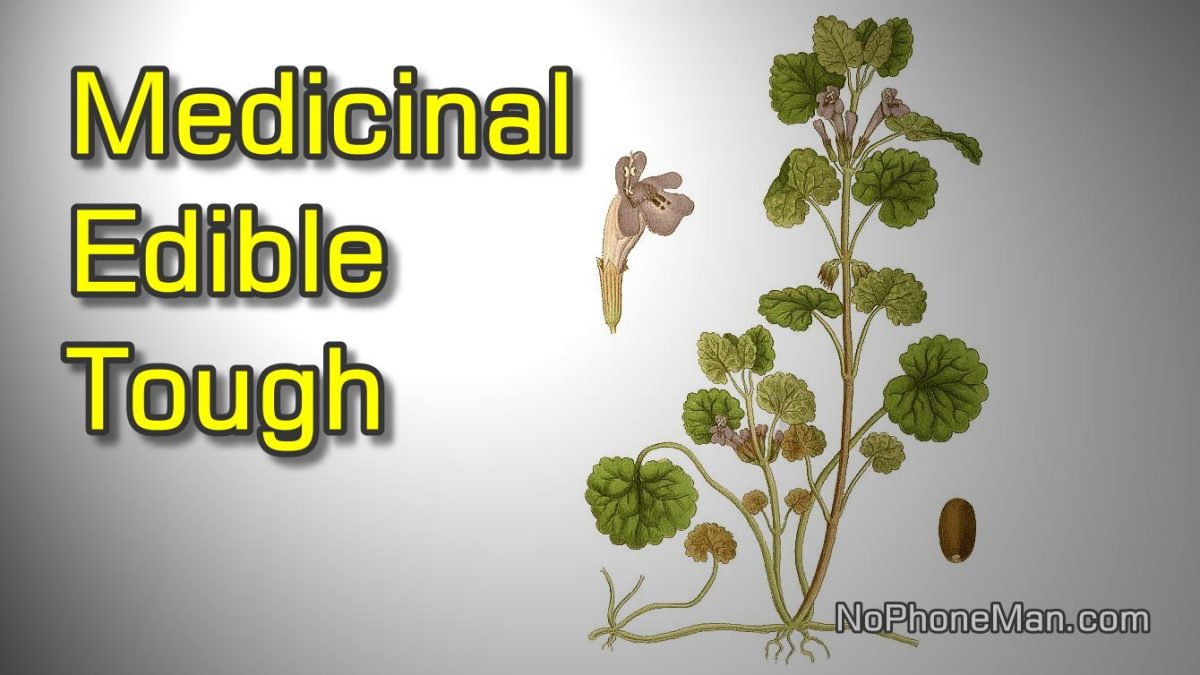 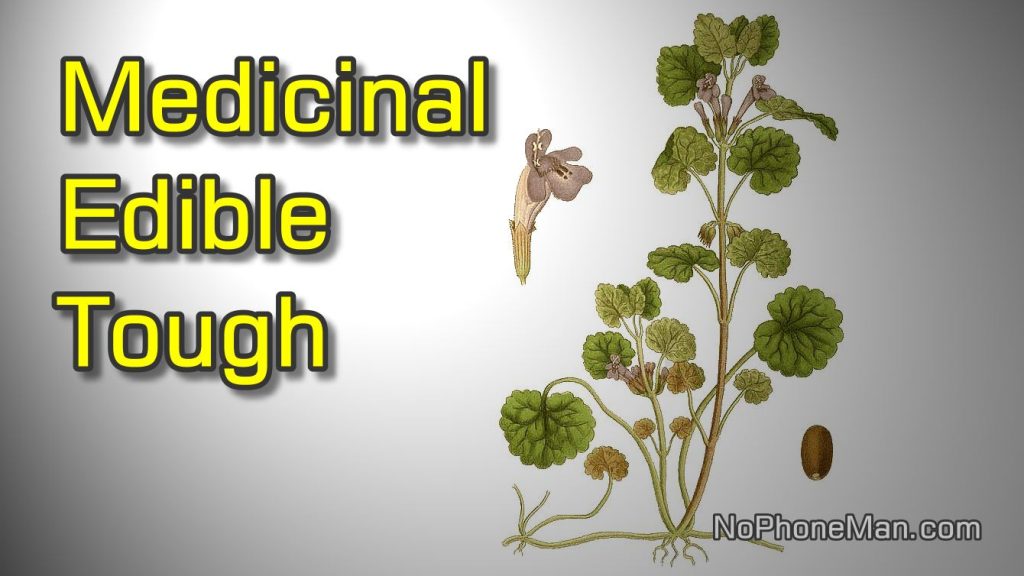 Today I’m out harvesting Ground Ivy (Glechoma Hederacea) – it’s a useful plant that’s edible, medicinal and abundant. It grows an extensive root system which easily breaks and when broken, it encourages the plant to grow more shoots, so you can’t really overharvest the plant. For this reason it’s known as Creeping Charlie in the Americas.

But there is a but, and it’s that this hardy adaptability of the plant can also be seen as problematic if you are a gardener and it gets into your yard, because it’s pretty much impossible to root out.

I myself do have Ground Ivy growing alongside my raised beds in the garden but in my particular case, I welcome this multipurpose plant which grows without any work put in from me. Gardeners who think it’s just indestructible weed are missing out.

This year I want to make a cough syrup from Ground Ivy and for that I will need a large amount of the plant, so I’m currently out in the woods because what I have in my garden is not enough.

While anecdotal, I personally know a lady who lived many years with throat irritation, always coughing, frequently ill, difficulties breathing, bronchitis on the regular, and all that type of stuff, and then she took the home made Ground Ivy cough syrup. She told me that for about a week while taking it, she was coughing out large balls of phlegm, but after the tough week of the internal cleanse, she’s been cured of her persistent throat problems.

And while I don’t have similar problems myself, I know someone close to me who does, so I’m aiming to make the same syrup for her as well. It’s fairly simple and consists of only two ingredients – Ground Ivy and Sugar. You also need a glass container, like a mason jar, and a few weeks of time to let nature do its thing.

Whereas Ground Ivy is from the Mint family of plants (Lamiaceae), it possesses similar characteristics as other Mints. That includes square shaped stems and opposite growing leaves. The plant is edible and has a pleasant smell and taste that’s somewhere between Thyme and Sage. At least to me it’s pleasant.

Being a mat forming plant, Ground Ivy is quite small. Where I live, its most typical size is between 5 to 10 cm, but on occasion you can find them as tall as 20 to 25 cm. Some internet guides say they can grow as tall as 40 to 50 cm, but I’ve never seen them this tall, and I’ve been harvesting them for years.

The leaves are kidney shaped and have round toothed edges. They grow on opposite sides of the square shaped stem and are attached to it in the center of the leaf, not at the back. Just as the whole plant overall, the leaves are small, usually only 1 to 2 cm in diameter, but can get as big as 3 cm.

The leaves are slightly hairy and while typically green, the ones on top can take purplish hues if the plant gets direct sunlight.

When crushed, the leaves release the pleasant smell I talked about a moment ago.

The flowers are violet-blue and grow in opposite clusters of two or more. They are funnel shaped and have red speckles on the lobes.

Ground Ivy is a fairly universal plant which can be found growing abundantly on meadows, on the edges of forests and shrubs, among bushes, within forests, along roads and on the hillsides from the lowlands to the mountains. In other words, you can really find Ground Ivy pretty much anywhere. Moist, shady areas are its preferred habitat, but it will thrive just as well in full sun.

The plant blooms in the spring, when there is a chance of lookalikes, but if you consider its mat-forming capabilities, the overall size, the shape of the leaves and the color of the flowers, the identification should be quite straightforward. If in doubt, you can always do a smell test by crushing a leaf.

Some Dead Nettles with blue flowers, like Common Henbit or Spotted Hanbit, also bloom in the Spring and can potentially be confused for Ground Ivy, but Henbits grow taller, have larger and fuzzier leaves which are more triangular, and in case of Common Hanbit, the leaves are attached to the stem directly. Ground Ivy leaves on the other hand are rounder and are attached by way of a long leaf stem, called a petiole.

Some Violets bloom in Spring and also have blue flowers, but they have stooping stems with quite different looking flowers. And their stems are not square shaped. Plus of course Violets are not from the Mint family of plants and thus don’t have the spicy smell.

As for the use of the plant – Ground Ivy can be eaten raw in salads, or cooked like spinach. However because the flavor can be quite intense, I’d recommend adding just a touch to a dish, so you don’t overpower other flavors. It’s also good to start small with everything you have not consumed before to test for possible allergic reactions.

The old Herbal book I use notes that it has astringent properties and is high in iron and vitamin C. It has been traditionally used in teas to treat fever, sinusitis, inflammation of mucus membranes and digestive disorders.

Wikipedia notes that to livestock, Ground Ivy is toxic. Also, like other members of the mint family, it contains volatile oils that can be harmful if consumed in large amounts, so take only moderate amounts and don’t take at all if pregnant.

As mentioned earlier, Ground Ivy contains volatile oils which can cause issues if taken in large amounts. The same goes for any member of the Mint family so if you only consume as much Ground Ivy as you would, say… basil, rosemary, sage, oregano or thyme, you should have no issues at all, and you’ll enjoy the many medicinal benefits.

Despite its common name, Ground Ivy is not related to the toxic Ivies from the urushiol oil containing Toxicodendron genus of plants, like Poison Ivy, Poison Oak, Chinese Lacquer Tree, or Poison Sumac. Don’t let the name of the plant confuse you and distract you of its healing properties.