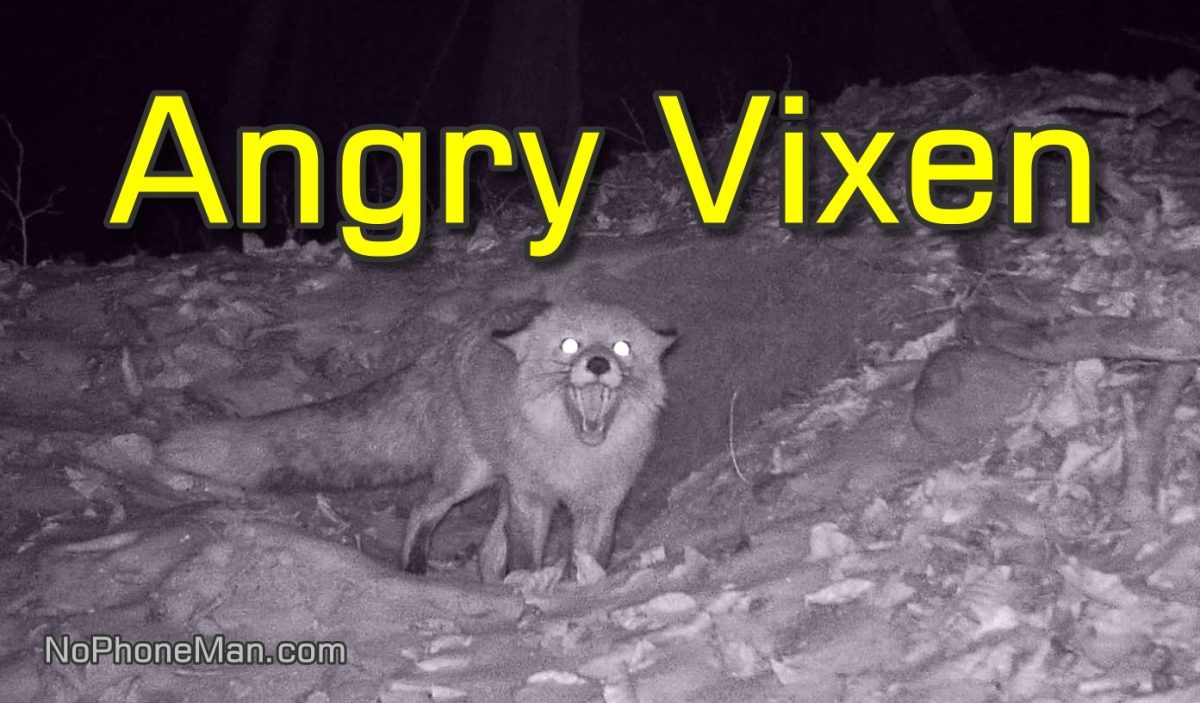 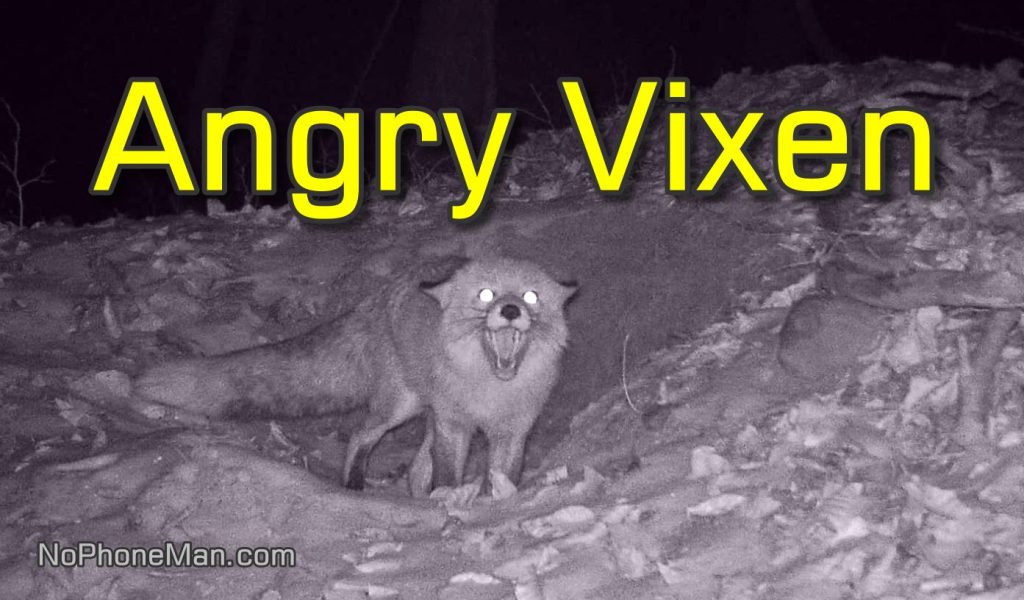 Up until now, the Smiley Vixen has been all smiles and cutes. Now that’s all changed. She’s still cute, she can’t help it. But she also has an uglier side and can show her teeth when she gets angry.

Granted, she’s shown before that she can be aggressive when her territory is threatened, but I still didn’t quite expect this type of reaction. Especially since lately she’s just enjoyed her time at the den.

It would appear that what ticked her off is my trail camera. Unless there was someone or something behind it, which is possible. Especially if I take into account that the game cam has been there for months at this point, and she’d never reacted this way to it before.

Maybe she wasn’t having her day, and when she returned home from that night’s hunt, she had to express her frustration at something. And so she showed her teeth and got really angry while facing off the camera. With her teeth bare, she made funny noises which I would never expect to come out of a fox. At times she even sounded like a bird.

After the initial expression of anger, she started to retreat into her den, but pulled back out and continued showing her teeth and crackling like a bird. Quite bizarre for a fox to sound like that, but obviously it’s part of the game.

Still, she remains the smiliest fox in the forest and hopefully, this was just a one time incident. Her bad day is over, now she can return to being the cutie she’s always been. I love seeing her pretty face. Other than this, she always appears to wear the big smile.