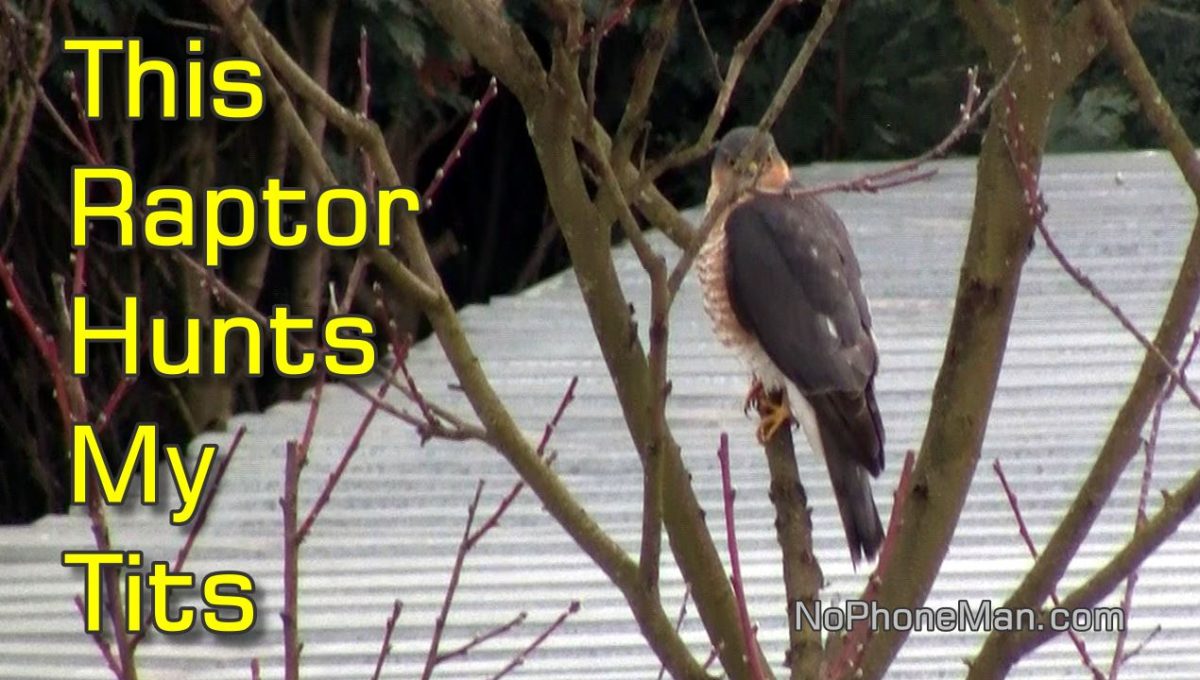 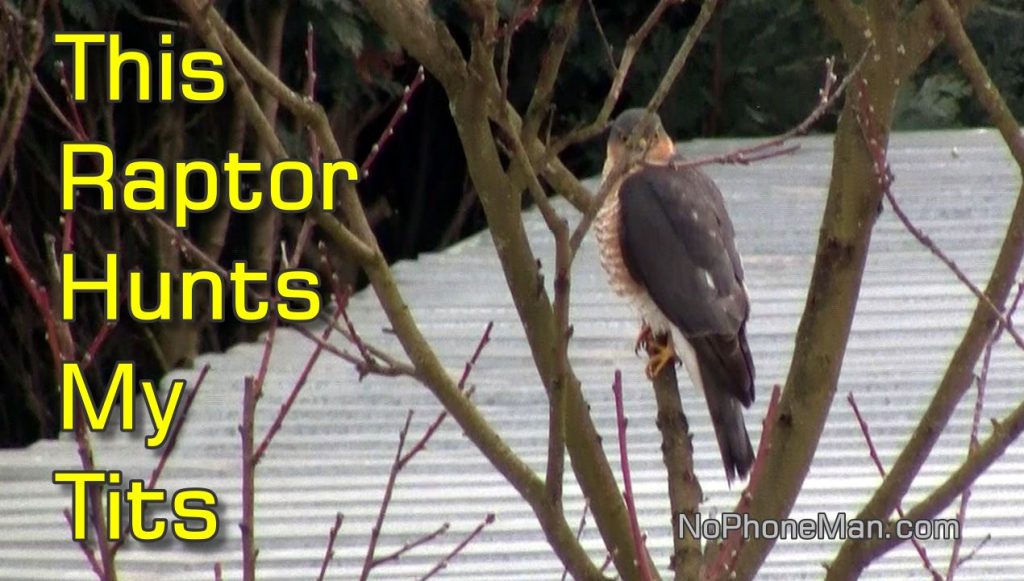 As you may remember from my previous videos, I have been helping the non-migratory songbirds get through the winter. I did that by adding sunflower seeds to the birdhouse beside my house. The birds, consisting mostly of three different types of tits, but also of tree sparrows, and several species of woodpeckers, have been eating the seeds while there were not that many options for them to find food on their own.

But these passerines are not the only non-migratory birds who stuck around whole winter. There were also raptors, otherwise known as birds of prey. Some of those raptors, as I found out, feed on smaller birds, like the ones visiting my birdhouse.

On a few occasions I have witnessed a raptor fly in at great speed, grab a songbird and disappear with the little creature in his claws into the mountain. This bird of prey is so fast, not even birds as agile as tits can easily dodge him. It takes him less than half a second to show up out of nowhere, catch a songbird and fly away.

Still, because of how fast he is and how he always seems to turn up out of the blue, by the time I grab a hold of my camera when he makes his appearance, he’s long gone. He leaves me in awe every single time, but with no realistic opportunity to capture his hunting skills on video.

But that one time, I was watching the birds from behind the window of my room when he showed up. He grabbed a European Tree Sparrow (Passer Montanus) perched on the top of a tree and flew away with it. I had my GoPro mounted on the tree, but it was pointed at the birdhouse in order to film the birds feeding like I have already shared in the previous videos.

I had the GoPro set up to record in high frame rate in order to slow down the captured footage, but because the raptor is really fast, his shadow only appeared in three frames. Hardly enough to help identify the bird, but for the first time, I got at least some footage of him.

A few days later, I spotted him perched upon a tree in the forest. It was a foggy day so I could not get a nice sharp image of him, but I started recording anyway.

In order to get a better picture of him, I tried to get a little closer but he quickly responded by flying further away. This was up on a hilly side of the forest so I gave up on trying to pursue him. It would take me a while to crawl up the hill and if I did that, he would just fly further and I’d never really catch up to him.

But that was the first footage of the actual raptor I got. As opposed to having just the reflection of his outline.

Then the following day, he showed up again but the tits sounded the alarm and hid in the Thujas (Thuja Occidentalis). They remained deathly silent, whereas normally a whole orchestra of sounds comes out of the shrubs.

The raptor landed on a tree and for the first time, offered me an opportunity to get a better look at him. The footage is not the greatest, but I could see it’s definitely not a falcon family of raptors. That’s because initially I thought it must be a falcon given the acrobatics and the speed with which it hunts in the air. But now that I saw him, it became clear that this guy was simply too big for a falcon. This is an accipiter, a type of a hawk. A Eurasian Sparrowhawk (Accipiter Nisus), to be exact.

Falcons, aside from being smaller in size, have long wings that reach the end of the tail, while this bird’s wings stop about halfway down the tail. Also, the falcons in Europe have very dark, almost black eyes, not orange like this raptor has. However they both do have a ring of yellow skin around the eye.

So that’s the bird of prey who hunts my songbirds. I finally got a chance to identify the bird. But other than helping the animals when there’s not enough food in winter, or when they are injured, I don’t really interfere in the course of nature. And the way it goes in nature is that some animals survive by hunting and eating other animals.

It may seem cruel, but that’s simply the way it is and that’s also how I look at it. A songbird’s death helped the raptor to live. That’s all there is to it.