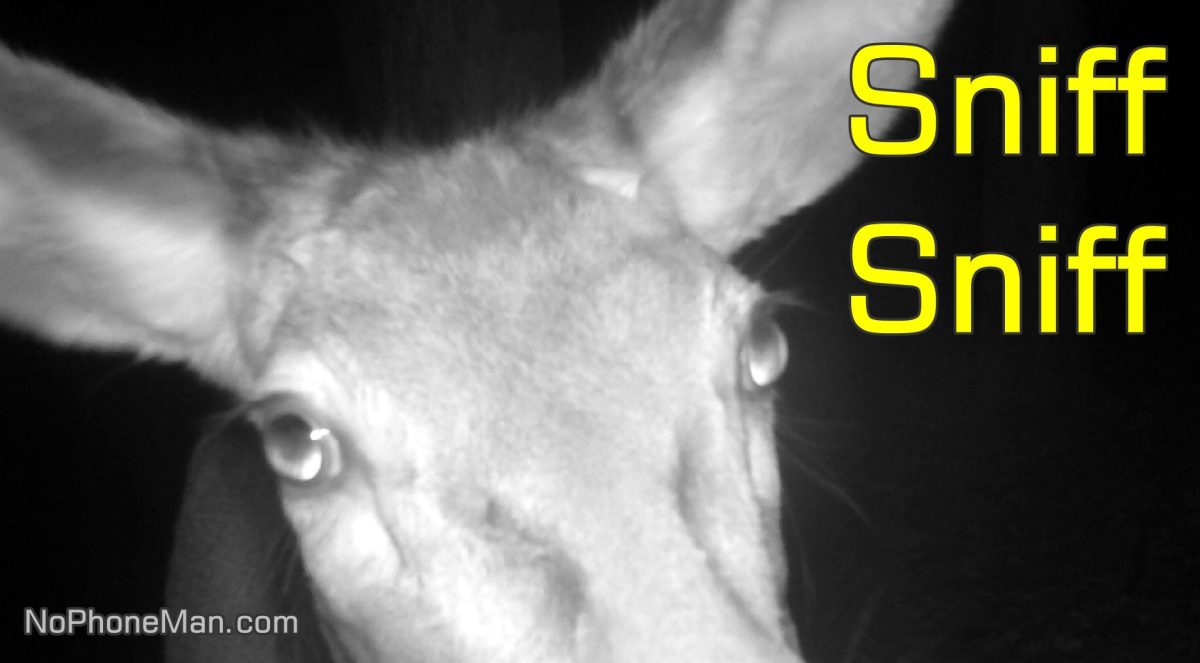 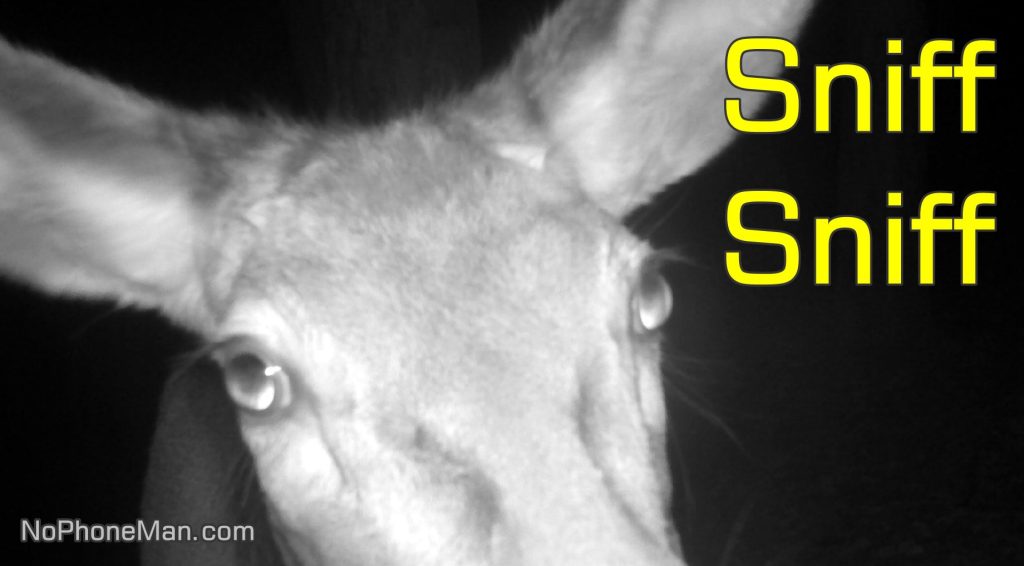 A Red Deer hind (Cervus elaphus) turned up at the lower scratchpost, used the tree to scratch her head and then, curiosity got the best of her and made her sniff the trail camera to see what the heck that thing on the nearby tree was all about.

Beside the obvious (ie a male red deer has antlers), the stags are also larger and heavier than hinds, and have longer hair around their heads and on their necks, almost as if they had a mane (though not quite as long and rich as that of a lion).

It is not uncommon to see stags and hinds live apart from each other most of the year, and only come together to mate in the fall. However I have had multiple encounters with stags who had an entourage of hinds with them throughout the entire year. Maintaining a harem of hinds may be a forte a Chad stags.