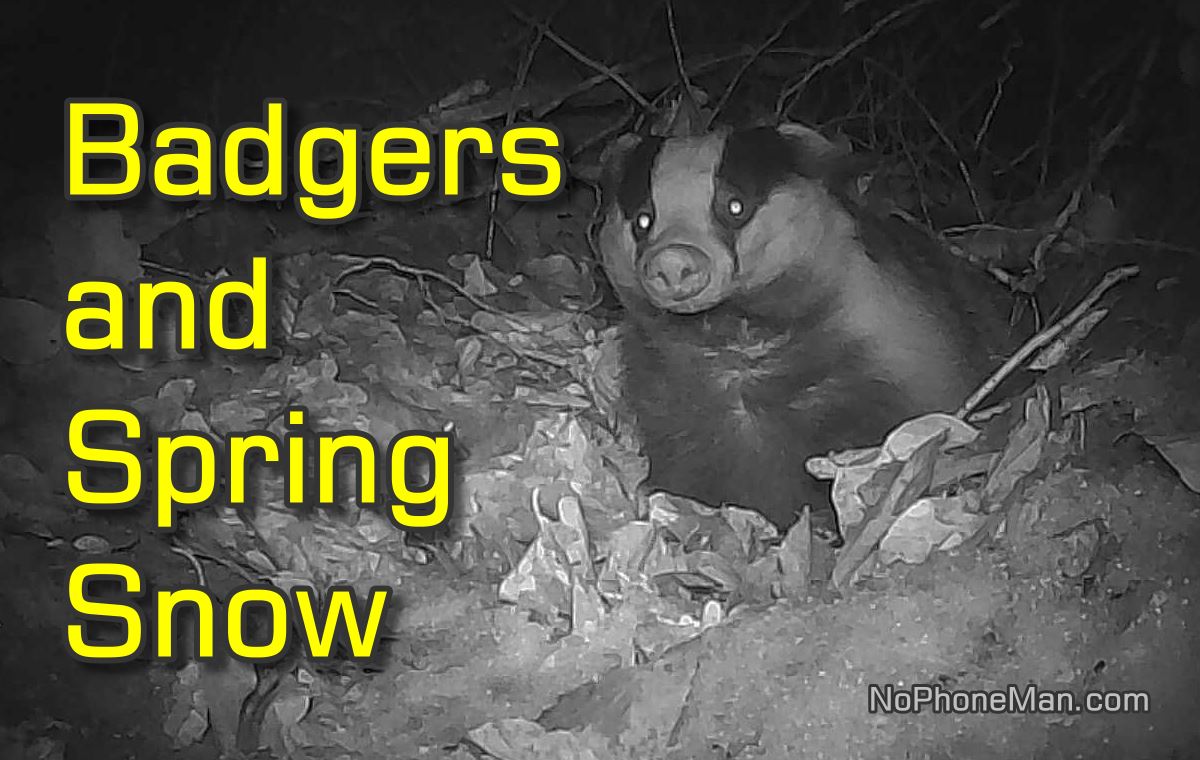 After the intrusion of the large boar who sought to mate with the resident sow, the sett of the badger pair calmed down a little and things somewhat returned to normal. At least for the time being and at least so it would seem.

The latest trail camera footage from the badger pair’s sett shows the pair active through the early spring snow, as they also were, to a certain degree, throughout winter.

Because the European Badgers (Meles Meles) preserve their fat reserves by staying less active throughout the winter, they only come out sparingly and don’t venture too far away from the sett. In order to keep hydrated while staying near the sett, they sometimes eat snow. One such instance has been captured on the game camera.