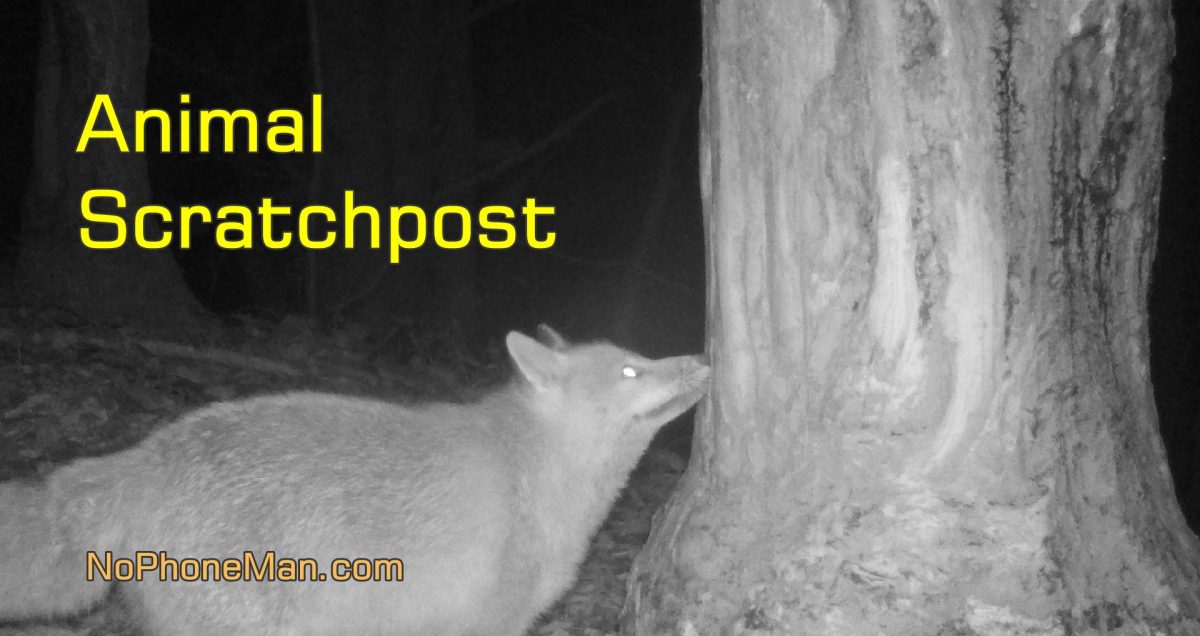 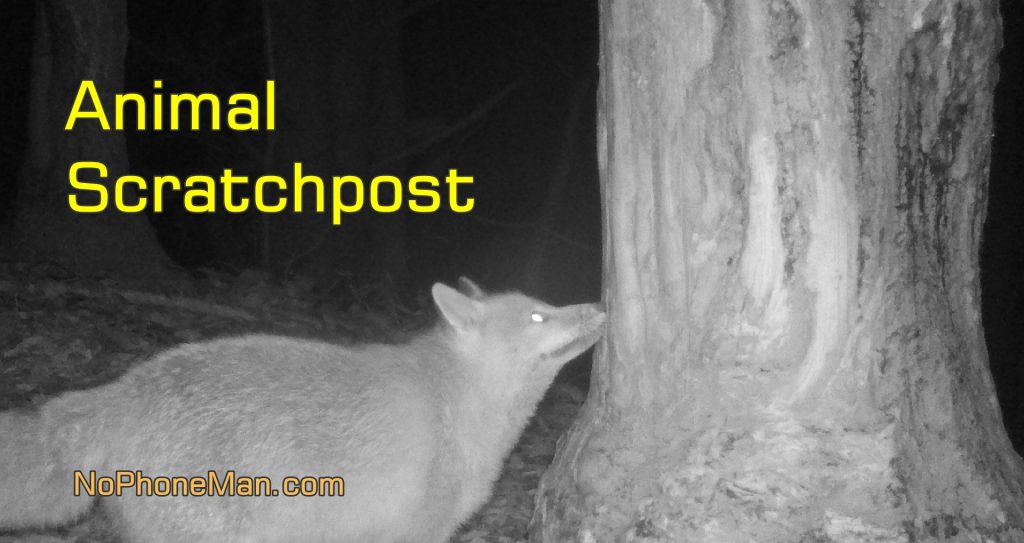 In the woods where I live, I have several locations used by the animals where they aggregate in order to scratch their itchy furs. They tend to use coniferous trees for that purpose, quite expectedly because unlike most deciduous trees, the conifers have rough barks.

I call the trees the wildlife rub themselves against “scratchposts“. Trees that are extensively used as scratchposts have their barks rubbed off and even the raw wood under the bark is often scratched a few levels deep.

There are three scratchposts standing close to one another shown in this video – one of them shows only slight use, but the other two are noticeably narrower in the areas where the animals rub themselves against the trees. The ongoing wear and tear shrunk the trees’ waistline, resulting in the flow of resin that makes it look as if the tree was crying.

These trees definitely take a beating from the animals, but that’s how life goes in the woods.

I briefly filmed Woodpecker Decker while I was sitting on the conifer, although due to the cloudy skies and the bird’s location, he’s not very well seen.

The compilation of videos captured by my trail camera set up at the main scratchpost is at the end of the video. It features a red fox (Vulpes Vulpes) who swung by to scratch his nose, a roe deer (Capreolus Capreolus) who was just passing by but didn’t feel itchy so just used the location for feeding, not scratching, and a family of wild boars (Sus Scrofa), who are responsible for most damage to the tree. The boars really go at it with their tough hides and rub themselves against the tree like there’s no tomorrow.

Because wild boars are the most frequent as well as the most fervent users of the scratchpost, I sometime wonder if for them it’s about more than scratching an itch. I don’t doubt they get bothered by pesky mites, but no other animal scratches themselves quite as aggressively as boars. Could it also be a ritual for them? Maybe a way to also clean themselves off mud?

BTW yes, the boars did poke the camera several times with their snouts and that one adult boar also smacked it with his tail. The young one felt like something was not right about the camera and kept giving it a weird eye, eventually coming to bump into it and give it a real close-up eye.

For the trail camera compilation I used my own guitar solo which was both composed and performed by me. It’s an original piece of instrumental music in E-minor played on an electric guitar. It’s part of a longer guitar solo, but I shrunk the compilation because sometimes the trailcam videos look similar and could get boring. It was performed and recorded live before a live audience in 1996. There is no studio recording of this music.