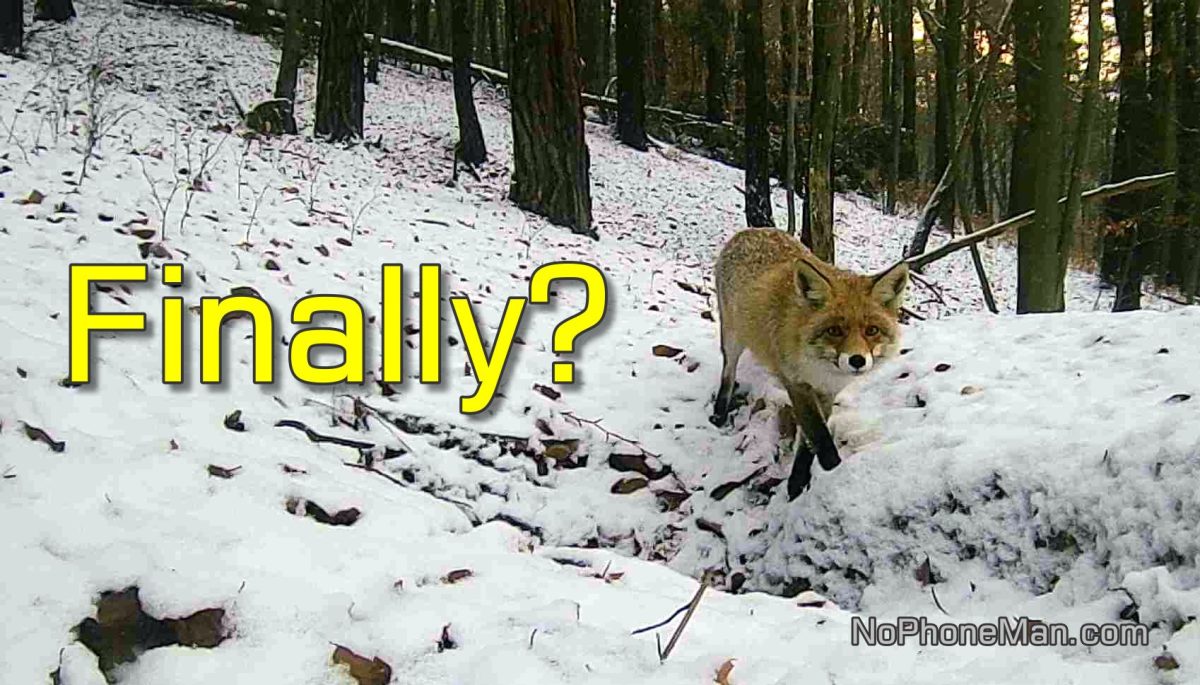 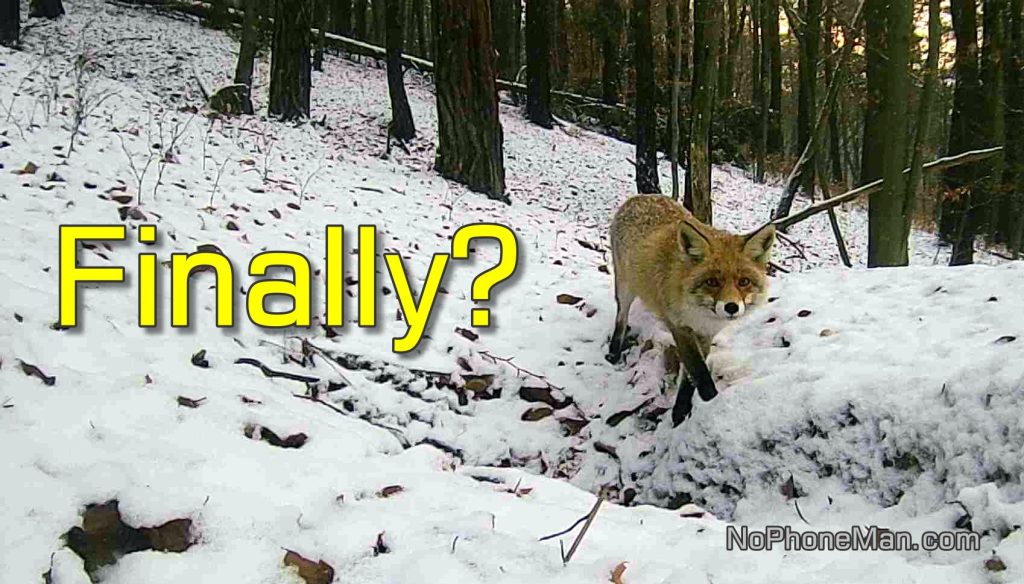 This is the first animal entry into the sett of the injured badger, outside of the resident wood rat, since I started monitoring the hole and publishing videos about it.

Yet despite the fox’s previous visits, this was unexpected. As I just said, I’ve been monitoring the injured badger’s hole for weeks, mostly in hopes of getting a sign that the badger is alive, but got nothing.

Then the whole Injured Badger Hole Saga took an unexpected turn and I discovered new, freshly dug holes nearby. So after all this time of not seeing any larger animal enter the sett, and then discovering the new holes which signaled that the activity is now there, I expected the trail cameras to capture an animal going in or out of these new holes, especially the double hole which had the most animal tracks around it, but not the injured badger hole.

Yet the exact opposite happened. There was a pair of foxes who snooped around the newly dug up holes, but none went in or out. And in the same time period, the skittish fox entered the injured badger hole, despite it having seemingly gone out of everyone’s interest.

And so the double fox hole mystery continues and remains unsolved – who dug those new holes up and why did my trail camera not capture any animal entering or exiting them? And… why did the skittish fox finally decide to enter the injured badger’s hole?

As it turns out, even though I was hoping to get some answers by setting up the extra game camera at the location of the injured badger’s sett, I got more questions than answers. At least for now.

What the extra camera pointed at the double fox hole captured were a pair of foxes who snooped around, but there was also a young vixen who reappeared during that time period several times.

And as such, because by leaving the second trail camera pointed at the double fox hole I didn’t get any answers, I relocated the camera to point at the hole on the slope of the small ravine, opposite the large fallen conifer, in hopes that an answer will come from there. Now I need to wait and see if it does.

The compilation of videos captured by both trail cameras is at the end of the video. After showing the resident wood rat, it first shows the activity around the double fox hole, with visits of the fox pair and the young vixen, and then follows with the return visit by the skittish adult fox who, after a period of deliberation, finally enters the sett of the injured badger. Heureka!

Interestingly enough, the fox’s final move to enter the sett happened less than 30 minutes before my arrival at the area. I did not see the fox as I was approaching and am not sure if he stayed inside the whole time or exited through another hole before I arrived. Either way, it’s a new development with his eventual entry and I wonder if I’ll continue seeing more of him.

As background music for the trail cam compilation I used my own guitar solo. It’s an instrumental song in D Minor which was composed by me and was performed and recorded live. There is no studio recording of this tune.