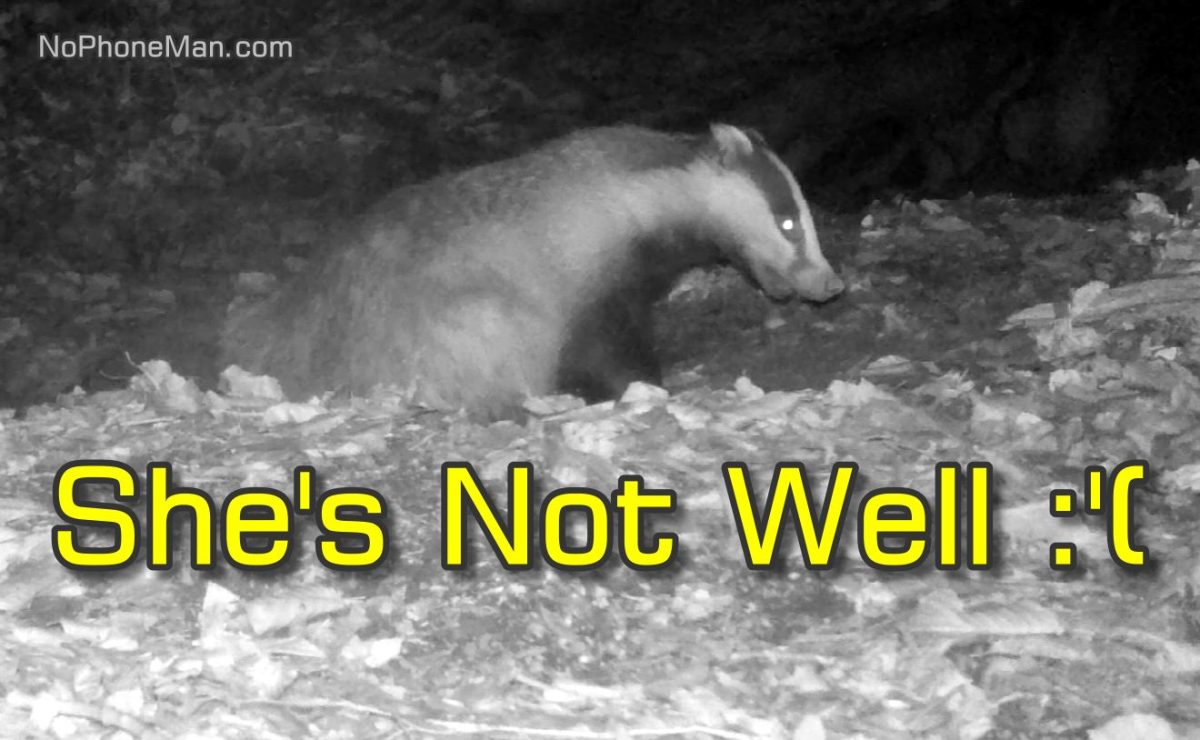 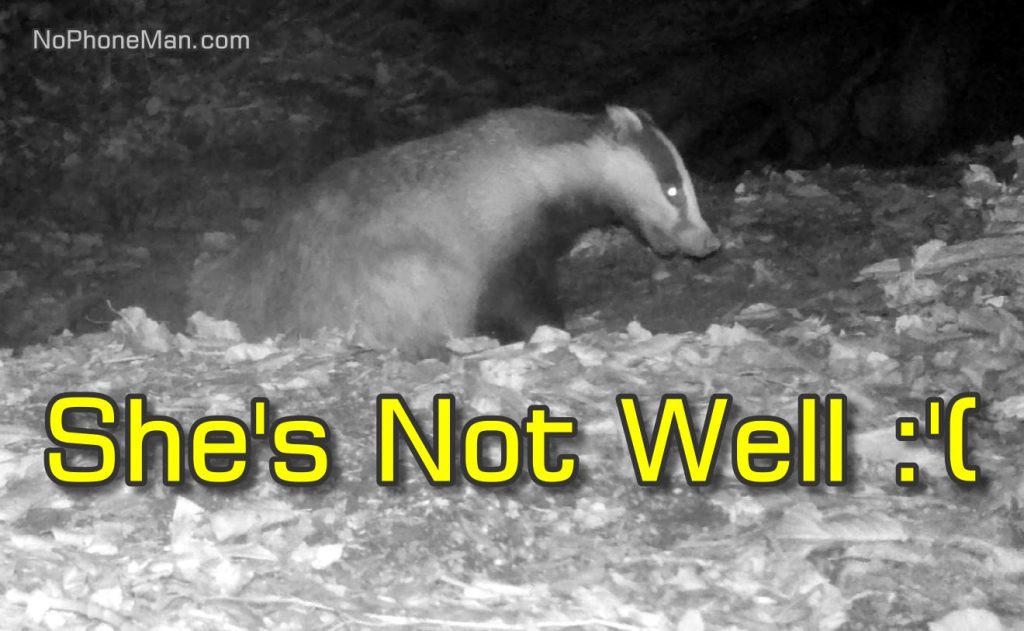 The badger sow, mother of three beautiful and healthy cubs, started exhibiting the concerning signs of being unwell. I don’t know at this time what exactly is wrong with her and why she acts so sickly, but seeing how unwell she is made me worry. It truly gripped my heart watching the latest trail camera footage from the sett.

It’s got to be said that the European Badgers (Meles Meles) are proud and fearless animals. They don’t carry their heads down. So seeing the sow with her head drooping to the ground was an instant giveaway that something’s not right.

Likewise, the badgers don’t keep their muzzles open to breathe like dogs. Along with her drooping head, the open mouth clearly showed the sow is not herself.

And it all got worse when the camera captured her collapsing on the ground. She’s a mother so when the babies came out to play, she somehow gathered the last of her strength and played a strong parent, but it’s clear she was barely holding on.

It could be that she’s simply exhausted. The three relentless furballs must be a tough job to take care of. And hopefully that’s the case as exhaustion is something she can recover from. But if she’s sick, that could be more serious.

But whereas no other member of the family who shares the sett with her, including the boar, exhibit the same signs of being unwell, I decided not to act on the video and let nature take its course. I’ll closely monitor what keeps happening, but hopefully this is just something temporary that will quickly pass and she regains her former strength.

In general, badger cubs stay underground for about 8 weeks after being born. The sow took them out of the sett for the first time recently, so she’s at least 2 months from giving birth. And during that time she never showed any signs of sickness so it can’t be that she now feels the exhausting effects of birth-giving.

Considering that I’ve been monitoring the badger pair (now the badger family) for a year, I feel a level of connection with the sow, so I truly hope and pray she bounces back. Godspeed badger mom. May your former strength return to you quickly.

One thought on “Badger Sow Is Worrying Me, Shows Signs of Being Unwell, Possibly Sick”