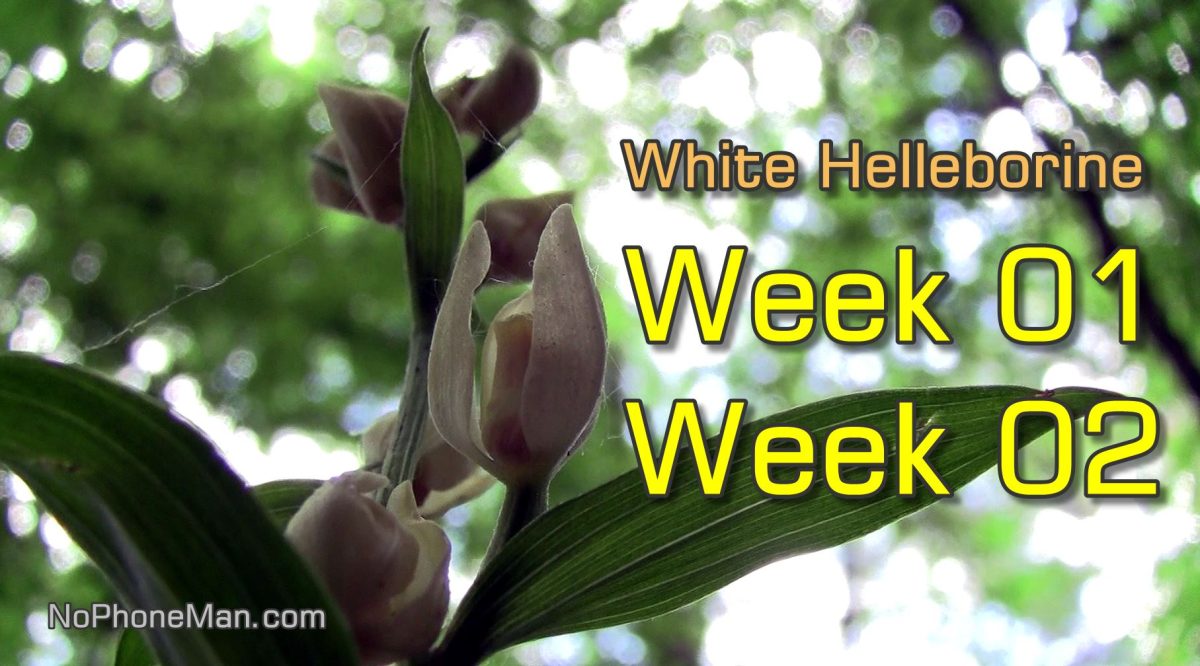 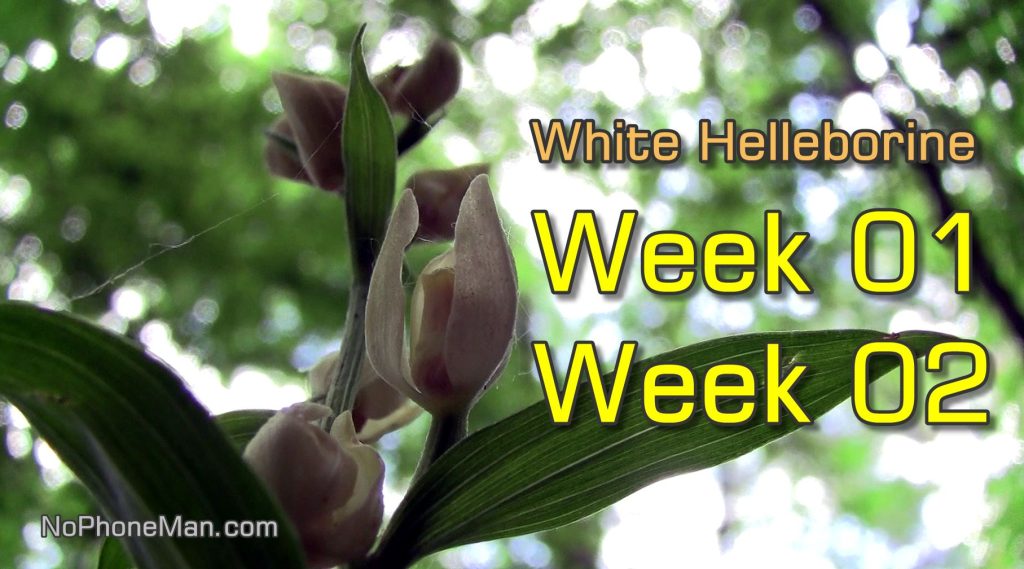 Wild Orchids are not something I routinely see in my woods. As a matter of fact, in over 2 years that I’ve been browsing the forest daily, this is the first time to have come across some. I don’t remember seeing any last year or the year before. Only this year.

I have already made a video about the existing find, which included a unique Bird’s Nest Orchid, (Neottia Nidus-avis), as well as the rare Helleborine (Cephalanthera sp.). At the time of the discovery it was not possible to reliably tell which species of the Helleborine I was looking at, but because as an Orchid, the Helleborine is quite rare, I’ve been monitoring it and have documented its growth.

Now that the Orchid has started to form flowers, it’s become quite clear that it’s most likely the White Helleborine (Cephalanthera Damasonium).

Since the discovery of the first specimen, I have come across another one right on the trail between the loctions of the Injured Badger’s Hole, which then became the location of the Smiley Vixen’s Den, and the Lower Scratchpost, which is a location with a group of European Larches used by the wild animals to scratch their itchy furs against. That Helleborine however was very small and had no visibly developing buds.

Later yet, I stumbled upon yet another location with two Helleborines growing about a meter from each other. One of them started forming buds, while the other was all leaves only.

I suspect that part of the reason why the Orchids grew so little and look so small and rough along the edges is because the area has gone through a severe and prolonged drought. It’s been incredibly dry for weeks on end and during that time we only had a small sprinkle with so few drops, I could almost count them all.

Consequently, I deliberated carrying a bottle of water to the Orchids and watering them, but decided against it in order to avoid spoiling them so they grow to be tough and hardy plants. They have sprouted during the drought. I think they got it in them to survive it.

I’m really excited about these rare orchids and plan to keep documenting their growth. I may make another video about them later on.